Sunday, August 7
You are at:Home»World»Indonesian ex-minister held over post of president’s face on Buddhist statue 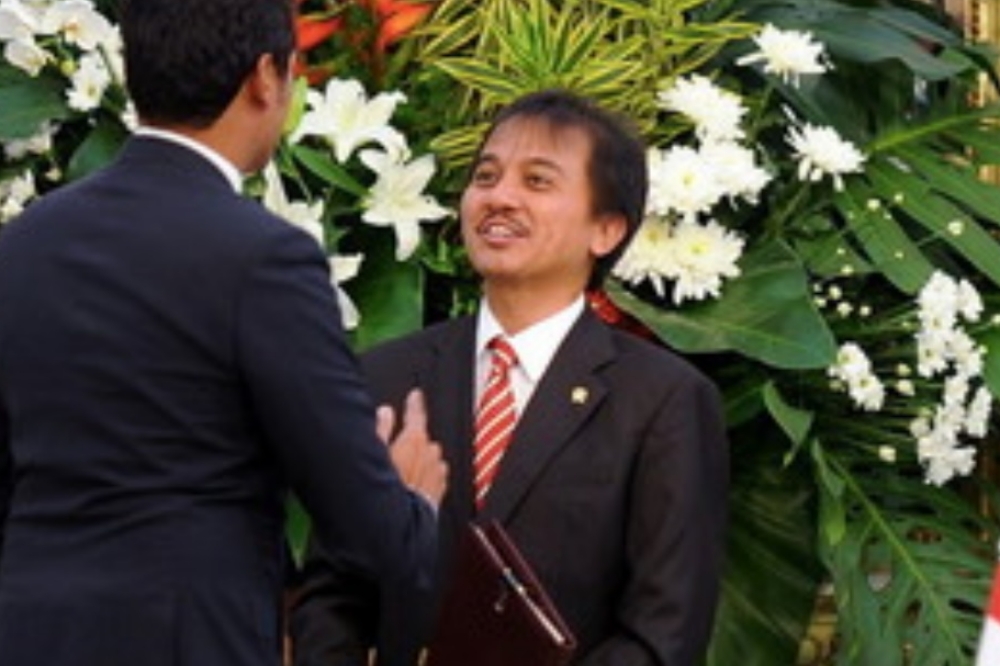 JAKARTA (Aug 6): Indonesian police have arrested a former minister on charges of hate speech and blasphemy after he posted pictures of President Joko Widodo’s face digitally superimposed on a Buddhist statue.

Former sport and youth minister Roy Suryo’s arrest, which included the seizure of his Twitter account and mobile phone, was aimed at preventing him from removing any evidence, said police spokesperson Endra Zulpan.

“Investigators decided to detain Roy Suryo Notodiprojo starting tonight as a suspect in a hate speech case,” Zulpan told reporters at a press conference on Friday.

Suryo’s now-deleted tweet was posted in June after the government announced plans to raise the entry price at the ancient Borobudur complex in central Java — the world’s largest Buddhist temple. It later shelved those plans after facing criticism.

Suryo commented at the time that the edited pictures of the leader’s face on a statue at the UNESCO World Heritage Site were “funny”.

His post prompted fury online among Indonesians who saw it as insulting both the president and Buddhism. A Buddhist organisation and a Buddhist man filed separate police reports seeking his arrest.

The charges against him include spreading hate speech, which carries a maximum punishment of six years in prison and a fine of one billion rupiah (US$67,100).

In Indonesia, insulting the president has been punished largely through an internet law that rights groups say severely limits freedom of expression.

In 2018, a teenage student was sentenced to more than a year in prison for insulting Widodo on Facebook.

Suryo, however, is not currently facing charges under that law. – AFP