Sunday, February 5
You are at:Home»News»Sarawak»Kapit on flood watch as water level still high in some parts of Rajang River
For the freshest news, join The Borneo Post's Telegram Channel and The Borneo Post on Newswav. 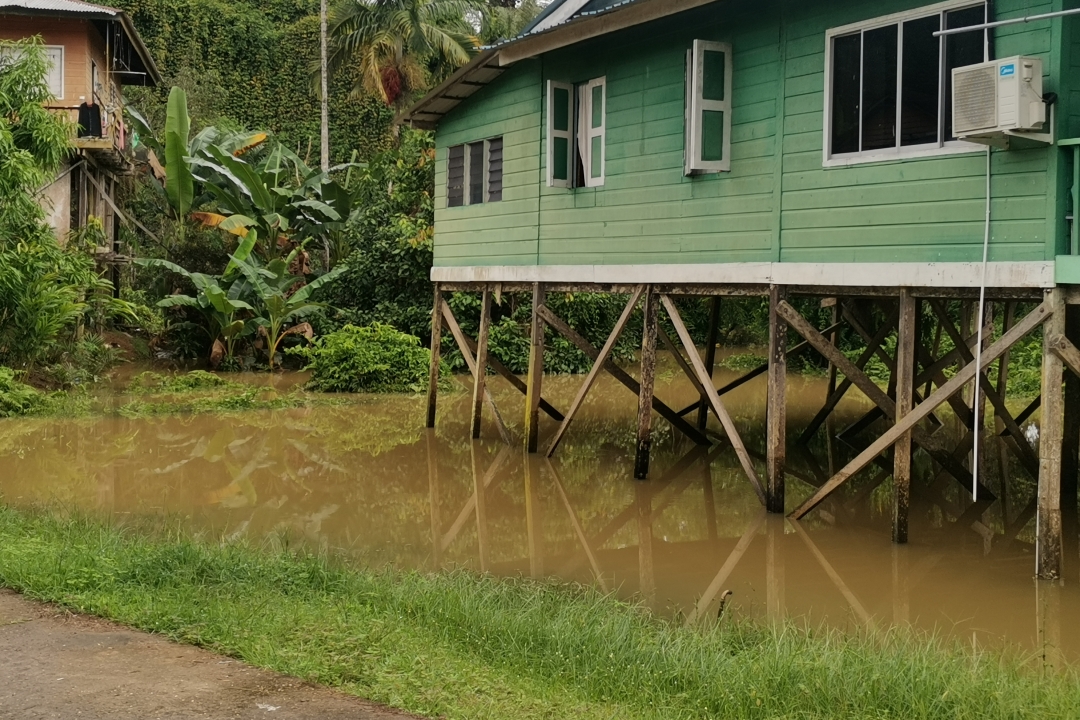 Photo shows water from the river already ‘creeping’ onto the compound of a house in Kampung Baru at Jalan Suhaili near the estuary of Sungai Kapit.

A check on the waterfront here showed that the water level at Kapit Terminal was still high, although it might probably be lower than 15m recorded in the wee hours today.

The speedboat jetty in front of Fort Sylvia at Jalan Kubu Lama was partially submerged, while the new cargo Jetty at Bletih Industrial Estate was already covered under water.

The rising water also spilled out onto Kampung Baru at Jalan Suhaili near the estuary of Sungai Kapit, but it did not affect the villagers much as many houses there were built on ‘belian’ (ironwood) stilts.

Another concern for the townsfolk is the driftwood and debris in Rajang River, which can pose danger to those operating and travelling in small boats. Loads of debris at Bletih Jetty were seen today.

Kapit District officer Cerisologo Sabut, who is also chairman of Kapit District Disaster Management Committee, called upon those in the low-lying areas to remain vigilant and always keep updated on the water-level situation.

He also reminded all boat operators to ensure that their vessels, especially the engines, were always in good, workable condition.

“To the passengers, they must wear life jackets while on board.”