Monday, October 3
You are at:Home»Columns»Just another point of view»Our spiralling costs of living knows no bounds 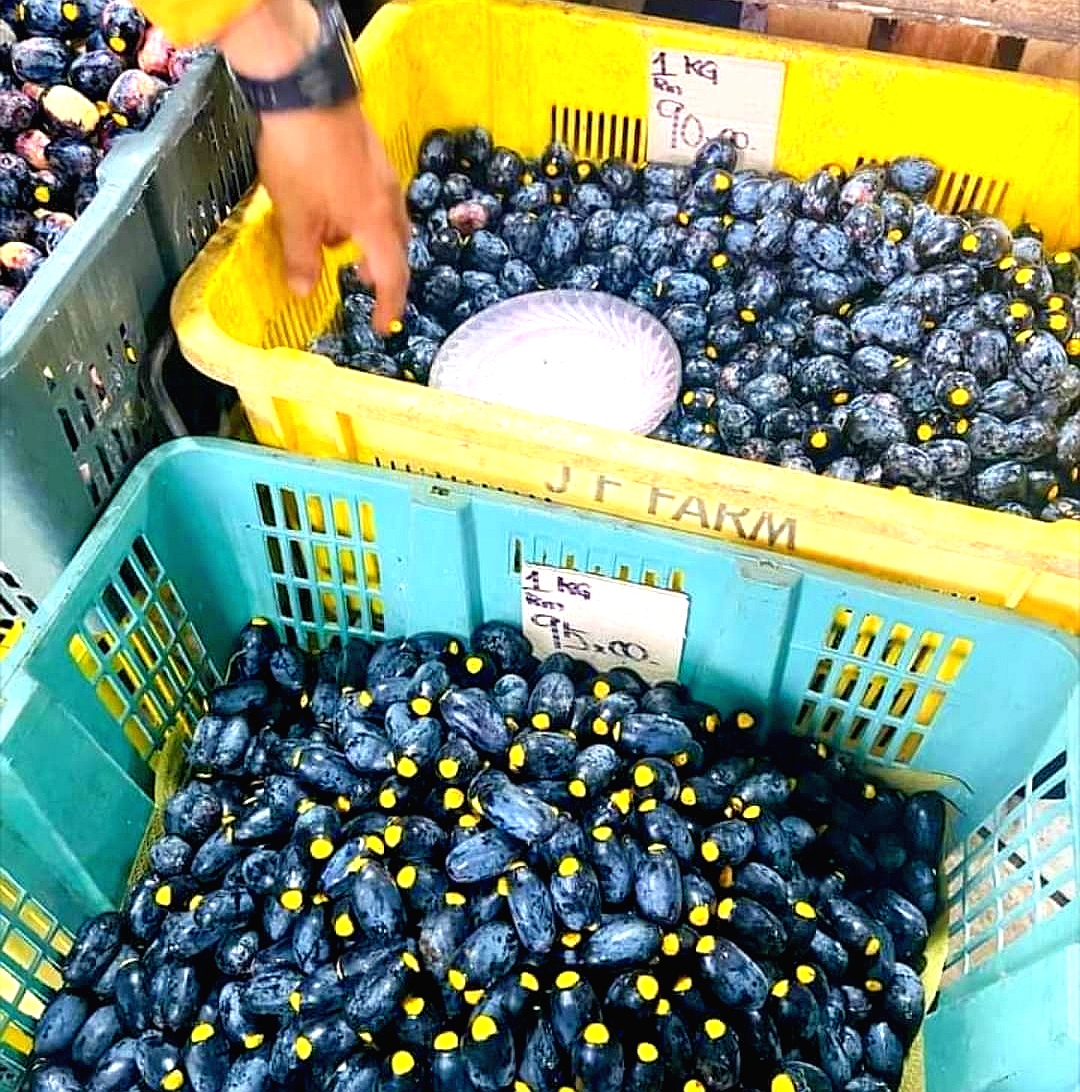 Photo by Nadrawina Isnin of the dabai in Sibu, priced at RM95 per kilogramme.

TO say that I was shocked upon seeing a photograph of the wild foraged delicacy known as ‘dabai’ (wild black olives) being offered for sale at RM95 per kilogramme at a jungle produce market in Sibu is an understatement. Just last season, probably less than two years ago, they were sold for at most RM48 per kilogramme for the same quality and at the same location.

What has gone awry, haywire or what has been the cause of such an astronomical spiralling price even though I’d accept the fact that the product, dabai, is firstly seasonal, secondly wild – and therefore, not a typical candidate for any such price comparison survey.

But hey, Musang King durians are the same, but their prices have remained constant all these years.

Let’s take a look at other everyday items, stuff you and I use, consume and buy every day and see if I have reason (indeed, if we all have reasons) to wonder, be shocked into reality and maybe, even to panic!

I assume that we all use some brand of toothpaste, liquid soap, shampoo, mouthwash and other personal items for hygiene. As we awake each morning to perform our daily rituals, that’s when we first encounter our price shocks – I bet you that if you do a price check, every single item you are using that I just mentioned would have seen at least a 15 to 25 per cent price increase, no matter the origin or the brands.

Then you go for breakfast, either to your own kitchen/dining room or to the kopitiams for fast food: that’s when you next encounter more aggressive price increments. Prices of instant (and local) coffee, tea, Milo, milk and other beverages have increased tremendously, and even if you choose to eat at home, you’re no longer immune to price increases.

If you’re like me, and must have his Lurpak butter, with sourdough in Vegemite and scrambled eggs, butter is now surging towards the higher mid-RM15’s versus the RM10-RM12 per bar; my Vegemite is now RM20 a small bottle versus just RM14 two years ago. Costs of breads and other fanciful baked goods have gone up between 25 and 40 per cent as well. Eggs have gone from RM12.50 per tray of 30s to RM20.

The greatest shocker of all has to be the price of a standard bowl of Kuching laksa, which until pre-Covid-19 years was still reasonably priced at around RM4 or RM5. Today, just over a period of 12 months, they have skipped the RM1 or RM2 incrementals and have gone straight on to RM8 for a standard bowl, and RM10 for a special – an increase of no less than RM3 per bowl! 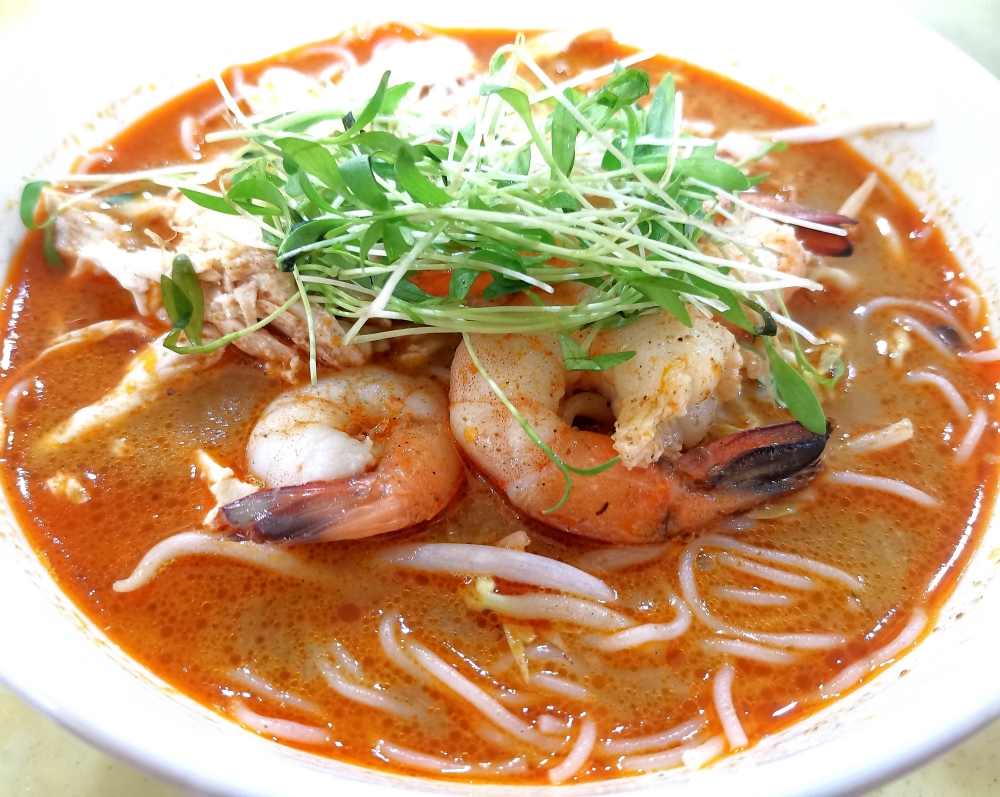 The Kuching laksa at Chop Kit Siang, now at RM8 for a standard bowl.

This, I must qualify that of all my favourite stalls, I’ve found at 75 per cent of them having done this ‘great leap forward’.

Now, you and I wouldn’t mind too much if with that sort of increase in pricing, they’d think to somehow offset it somewhat by giving us maybe two or three extra prawns, more chicken meat or at least top up with some ‘wan swee’ from an organic source like Micro-Sprouts, but no; in some cases, they’ve even reduced the quality or quantity.

Now that’s a bit too much and closer to sheer profiteering, won’t you surmise?

You’d also find that you had better change your order for drinks somewhat, as only kopi-O and the-O have seen minimal increases, as the costs of other combination drinks have shot through the roof – imagine paying RM3.80 for a cup of Milo C-Peng!

How did all this come about?

They say it’s ever since the government has seen fit to increase the minimum wage from RM1,200 to RM1,500, they also say that cooking oil and gas/motor oil has gone up too (they’re scarce as well!) and that everything in general has increased – both at wholesale and retail levels. Even government-subsidised cooking oil is apparently nowhere to be found these days, making it even more costly for the smaller businesses.

Fair enough that all that’s true and certain costings have to be recalculated as even a small increase in the cost of ingredients would add on to the final costs and therefore, affect their profit margins. But what they’ve all seem to have done this time around with the price adjustments have been to simply pump up the margins by costing in their own personal labour costs as well as any perceived and expected increases – they no longer trust the authorities to be able to maintain current prices for more than just the short term.

The spectre of the instability of the current Malaysian political situation, that the government of the day could change again at any time, and that there could be calls for general elections, with even more uncertainty down the political road, looms large in the minds of these practical thinking traders and would-be seers of the future.

Besides the cost of labour increasing all the time, there is also the shortage of skilled and semi-skilled labour, a majority of whom have somehow disappeared or relocated elsewhere over the last few years. An ageing population, the increasing burden of having to take on the care and expenses of their own ageing parents or the elders in the family, even themselves; as well as the constant fear of being struck suddenly by any ailment, disease or disaster at any time, have all contributed to a state of a perceived doomsday scenario where panic is the norm, and optimism has no place in their lives anymore.

On the bright side, I see some hope of youthful exuberance and an awakened interest and hope for the future as well. If you care to take a drive along the well-planned, pristine looking, brightly lit and well-patronised outlets in and around the newer retailers’ paradise and bright spots of business enclaves like Saradise, Galacity, MJC and Metro Matang – you’d see what I mean. 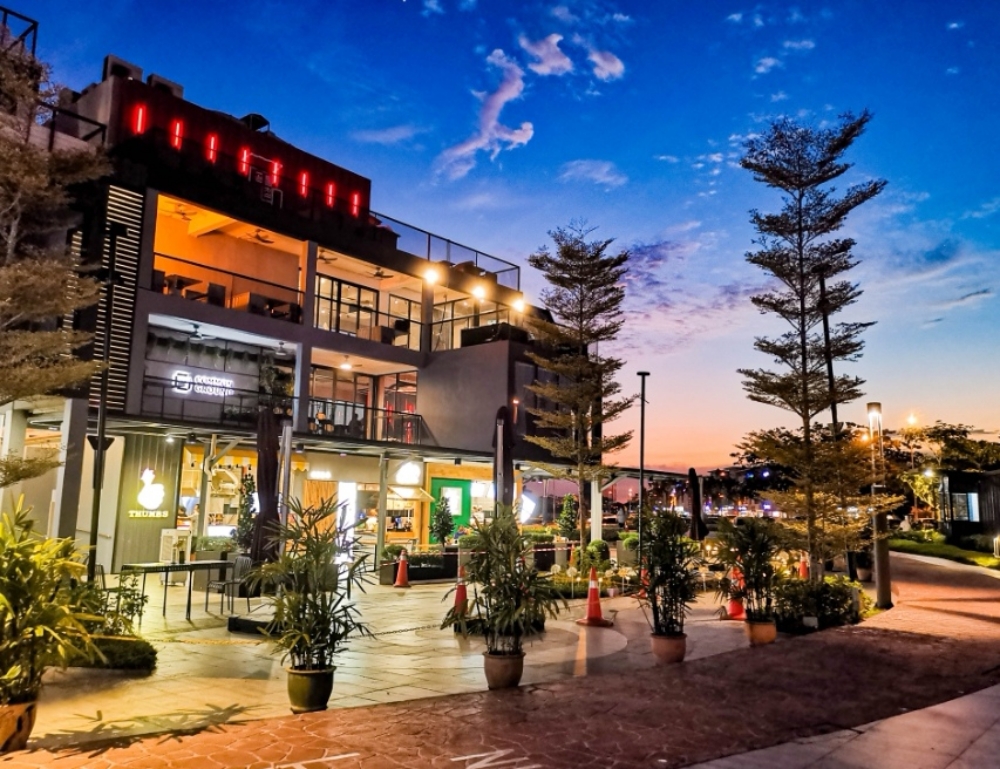 Kuching’s newer business district, the Saradise, is a popular nightspot.

There, you won’t blink an eye to ordering a RM240 plate of wagyu beef or a RM85 bowl of green salad; neither to a cocktail of RM48 Rokugin and tonic; or a mug of RM45 local craft beer.

You even have to book ahead in order to occupy the much sought-for limited seats, usually less than 100 available per night; where weeknights and weekend nights are the same, as they’re usually almost all full house every single night.

You’d also notice that the average patrons at these places are young – you’d be considered an ‘oldie’ at 45 and above. They could be couples or youngsters bringing their folks or entertaining each other on business. It’s a thriving and booming business to be sure. They are the sort of folks who wouldn’t mind paying RM10 for a bowl of laksa at the old kopitiam the next morning for their hangover cure.

We have now reached a stage in our society where there are not just two very distinctly different consumer groups. I’d even venture to say we now have five groups.

Let me describe them very briefly to you:

From the groupings above, you’d easily surmise that our present situation of spiralling living costs would greatly affect those in the first two groups, but not at all in the other three.

Of course, the other fact is that in the present composition of our population the majority, as high as 85 per cent of our 2,907,500 citizens (Official Census 2020: Sarawak Government) belong to the first two groups. I dare say that less than two per cent would even come within the ambit of the other three groups, with the balance struggling in between one or other of the groups – those I’d call ‘in transition’.

Personally, I cannot foresee if those newly-raised prices could or would ever fall back or even stabilise in the foreseeable future as everything is in a state of flux right now.

All we can do is cut back, spend less, be more thrifty and save more – if indeed that is at all possible!

Of course, we can also pray that the current economic situation here and worldwide would remain stable, peaceful and there’d be no new unforeseen disasters – political-wise, health-wise and in the natural order of the world.

We can all thank and praise God for all that!