Tuesday, August 16
You are at:Home»News»Sarawak»Premier: S’wak has own anti-party hopping law but study now needed 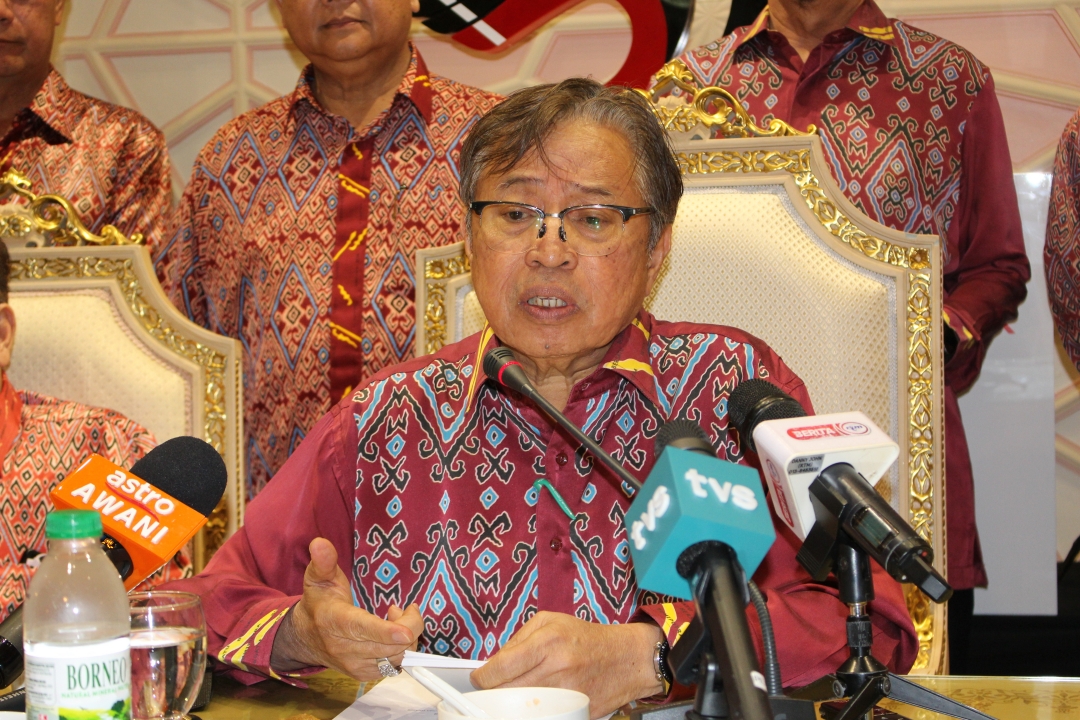 KUCHING (Aug 6): The Sarawak State Attorney-General’s (AG) Chambers will study existing anti-party hopping provisions in the State Constitution before they are implemented to ensure that they are in line with the recently amended Federal Constitution.

Premier, Datuk Patinggi Tan Sri Abang Johari Tun Openg, said Sarawak was in fact the first state to introduce an anti-party hopping law under Article 17 of its Constitution but it was not enforced.

He told a press conference after chairing a Parti Pesaka Bumiputera Bersatu supreme council meeting, that the state will await the findings and recommendations of the AG Chambers before deciding on what to do next.

“If there are weaknesses or some ‘grey’ areas (in the current provisions in the state constitution), we will ask the State AG Chamber to look into it so that the laws are aligned with the recently amended Federal Constitution,” he said.

The state’s anti-party hopping law was passed by the state legislative assembly in 1994 but as Abang Johari explained today it was not implemented then as it went against the Federal Constitution’s provisions on freedom of association.

“The Gabungan Parti Sarawak (GPS) coalition is definitely supportive of the anti-party hopping law, and we will look at our own provisions in the state constitution, particularly Article 17,” said Abang Johari.

When asked whether the amendment to the state constitution will be tabled in the upcoming State Legislative Assembly (DUN) sitting, Abang Johari said this would depend on the findings of the AG’s Chambers.

“The moment we have concluded our studies and the recommendations are given by the state AG’s chambers, if we need to amend the state constitution, then we will amend it. It all depends on the situation,” he said.

The Dewan Rakyat had passed the Anti-Party Hopping Bill on July 28 by making amendments to the Constitutional (Amendment) Bill (No. 3) 2022 on Provisions Preventing Members of Parliament from Switching Parties.

The law was mooted by both the government and opposition MPs after the infamous Sheraton Move back in early 2020, where several MPs “jumped” ship from their respective political parties and caused the Pakatan Harapan (PH) government to fall.