Monday, August 15
You are at:Home»News»Sarawak»Sarawak hopes visitor arrivals in the state returns back to pre-pandemic numbers 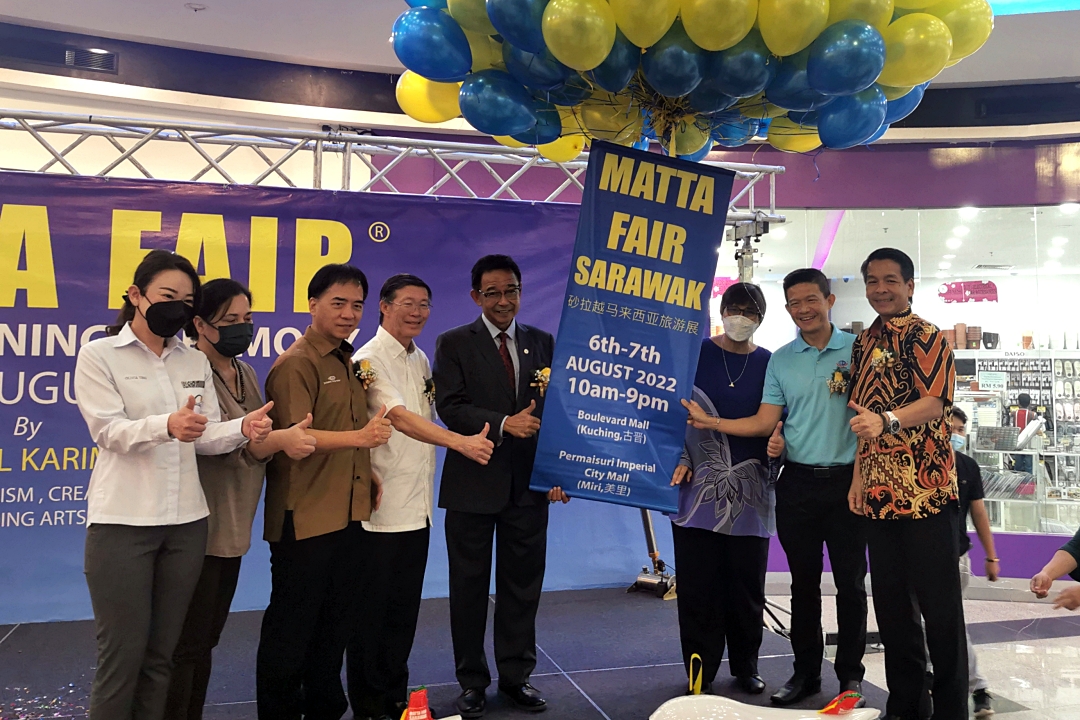 KUCHING (Aug 6): Sarawak’s Tourism, Creative Industry and Performing Arts Minister Dato Sri Abdul Karim Rahman Hamzah hopes that the numbers of visitor arrivals into the state next year will be back to the same numbers recorded before the pandemic.

“From January to June this year, in half a year, the total visitor arrivals for Sarawak was 573,619. Last year was only 64,000. In terms of tourism receipts for 2022 January to June, it is RM1.3 billion as compared to last year which RM321 million.

“This is only for half year. You can imagine till the end of the year. It  will be more than double.

“This year, our target is 1.2 million visitor arrivals. I believe we can achieve that earlier. The number of visitor arrivals in 2019, before the Covid-19 pandemic, was 4.6 million. Hopefully next year, we will be back to those numbers again,” he told a press conference after opening the Malaysian Association of Tour & Travel Agents (MATTA) Sarawak Fair at Boulevard Shopping Centre today.

He said during the pandemic, there have been greater interests in local tourism products as domestic tourists went to explore hidden gems and these went on to be known to others.

He attributed programmes such as ‘Sia Sitok Sarawak’ 1.0 and 2.0 by the Sarawak Tourism Board (STB) as being successful in promoting local tourism products.

Meanwhile, in his speech, Abdul Karim said the MATTA Sarawak Fair is a testament for the state’s resilience in the tourism sector during the pandemic.

He also said the event is very much aligned with Sarawak’s post Covid-19 Development Strategy (PCDS) 2030 to provide global exposure and endless business opportunities in this exciting era of groundbreaking travel innovations and technological advancements.

He congratulated MATTA Sarawak led by chairman Oscar Choo for their unwavering passion and commitment to promote Sarawak and ultimately Malaysia as an unforgettable , world class destination for adventure and once in a lifetime experiences.

He also said industry players are working together to strengthen the tourism industry and move towards economic recovery.

“Yes, the last two years have been especially difficult, but it has also proven that there is strength in unity. We cannot perform any great feats alone. In fact, we must work together towards a common goal,” he said.

Meanwhile, Choo said MATTA Sarawak Fair aims to offer an abundance of promotions for both domestic and international travel packages which will indefinitely bring growth to the travel and local industries .

This year, the fair features 33 booths in Kuching and 8 booths in Miri from different tour and travel companies.

“The fair targets a total of 10,000 visitors with a targeted sales of RM2 million in these two days in Kuch­ing,” he said.

He also said MATTA is extremely grateful for the reopening of borders starting April 1 this year and the shifting to the endemic phase, as it provides a glimmer of hope for all tour operators to reopen their businesses.

“We believe the tourism industry slowly but surely will make a comeback to its glorious time,” he added.