Monday, August 15
You are at:Home»News»Sarawak»Veterans association pushes for new road in Sibu to be named after Datuk Kanang Langkau 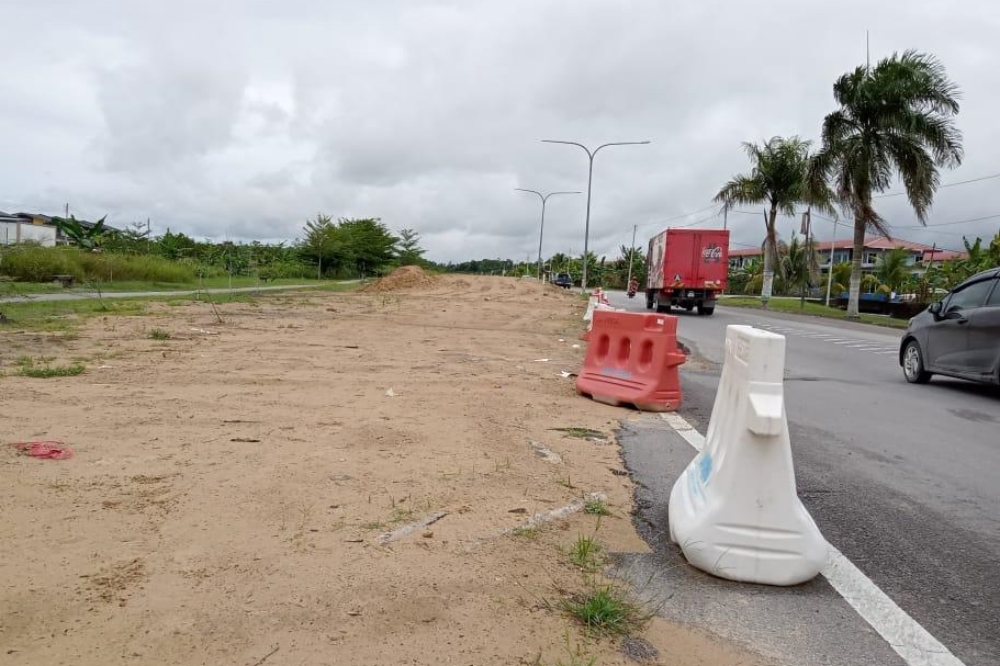 Photo shows the section of the new road that links Sibu Jaya to Jalan Kong Yit Khim, which is still under construction.

PVATM Kanowit head Councillor Luang Baring, 69, said this was meant to honour the memory of the hero who had sacrificed so much for his homeland.

Adding on, Luang said Kanang’s contributions and sacrifices should be commemorated and a way to do it would be by putting his name on the 8km stretch.

“I really hope that the new road would be named Jalan Temenggong Datuk Kanang Langkau once it is completed,” he told Utusan Borneo yesterday.

Upon its completion, this new link would facilitate those coming from Sibu Airport so that they could head straight to Jalan Kong Yit Khim from Sibu Jaya.

“Datuk Kanang was a hero – that’s a fact that cannot be denied.

“Although we’re not of the same generation but as a former soldier, I understand what he had gone through during his years in the force.”

Expressing his opinion, PVATM Lanang secretary Basa Gali said there was no reason why the road should not be named after the late hero.

According to him, there are roads here named after individuals who had made a strong historical imprint on the local community.

“Should this proposal become a reality, it would be the pride of the local people, especially the Ibans,” said Basa.

Born in Julau, Kanang joined the Sarawak Ranger service as an Iban tracker on April 21, 1962.

He was later absorbed into the Malaysian Rangers when the Federation of Malaysia was formed in 1963.

Kanang retired in 1986 after 21 years of service as First Warrant Officer.

The recipient of Seri Pahlawan Gagah Perkasa (SP) and Brave Commander (PGB) awards for valour, passed away on Jan 3, 2013.