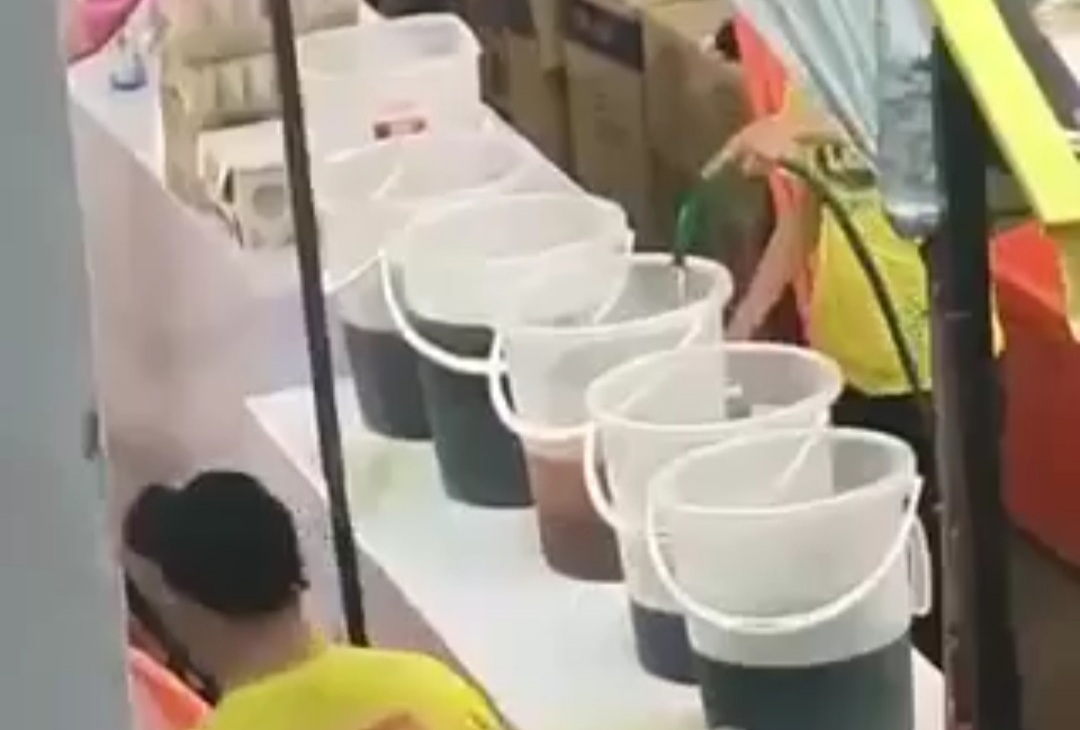 A screengrab from the video which went viral on social media recently.

KUCHING (Aug 6): A stall operator at the Kuching Festival Food Fair 2022 was reprimanded by the Kuching South City Council (MBKS) after a video clip of its drinks preparation went viral on social media.

Kuching South Mayor Dato Wee Hong Seng said the operator was issued a warning letter over a hose that was picked up from the ground by a stall worker to fill a container for drinks sold to the public.

However, he refuted allegations that the stall operator had used unfiltered tap water for their drinks.

Wee said while it was unhygienic for the water hose to be placed on the ground, he said the water flowing through the hose came from a heavy-duty water filtration system and not unfiltered tap water as alleged.

“Public hygiene has always been our top priority, and we want to ensure public safety is constantly safeguarded. In the short video clip that went viral, we want to find out the truth — and the truth is the water used for the drinks had indeed passed through a filtration system,” Wee said.

In a video response on his Facebook page, Wee brought viewers to the stall where the process of making the drinks was explained by the stall operator. 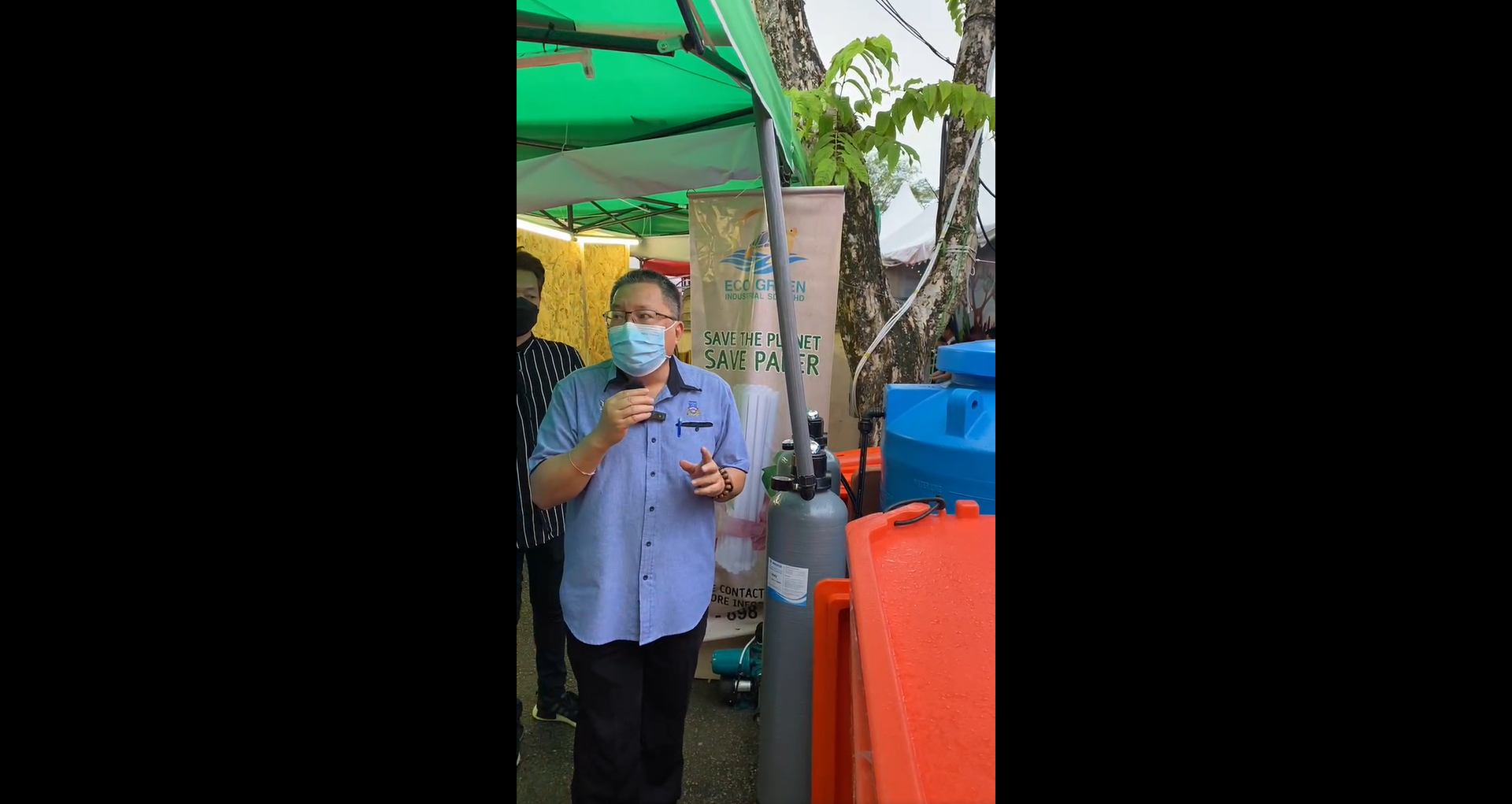 Wee visiting the drinks selling stall to inspect the industrial water filtration system that is seen on the right.

The stall operator showed a two-level filtration system and assured the public the water used was not just ordinary tap water.

“We must admit the water hose should not have been put on the ground in the first place. That was wrong and the next morning, following the video’s circulation, we issued a warning letter to the stall operator,” said Wee.

That being said, Wee said the short video clip had failed to paint a complete and accurate picture of the whole drinks preparation process.

When addressing public concern, the stall operator emphasised the water used in their drinks preparation was 100 per cent safe for consumption and the water filtration system was a heavy-duty, industrial standard and not like those typically found in homes.

“Nonetheless, we apologise to the public for the incident captured in the viral video but the cleanliness of the water used at our stall is guaranteed.

“We have also addressed our shortcomings in drinks preparation, and the filtered water now will first flow into a container before being transferred to another bigger container to prepare the drinks,” said the stall operator.

Thus, Wee hoped the incident would not be unnecessarily politicised or cause disruptions to business activities spurred by the much-anticipated Kuching Festival Food Fair.

“We want Sarawak to be seen at the world stage — we have worked so hard to organise this festival fair and for the achievement of being recognised as Unesco Creative City of Gastronomy.

“The award comes with the responsibilities to maintain our gastronomy standard for the next five years. To be honest, I feel quite sad about this whole incident (of the viral video),” Wee lamented.

He said the public is always welcomed to channel their complaints and concerns to the city hall, and necessary actions will be taken immediately to rectify the issues raised.