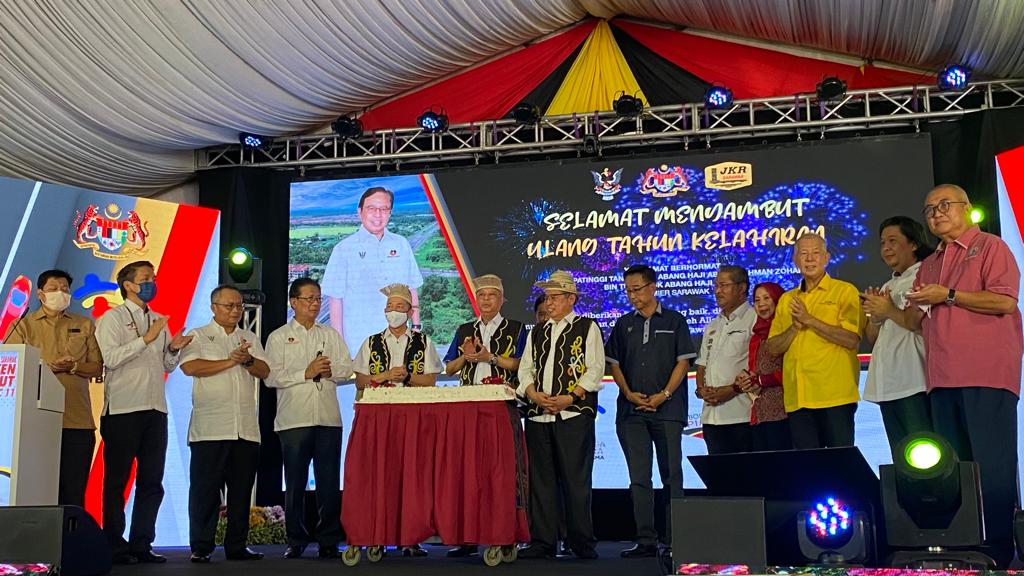 He said this during the official opening of the Pan Borneo Highway’s Pujut section at the Permy Mall parking area today.

The opening ceremony for the Pujut Section under Works Package Contract 11 was officiated by the guest-of-honour Prime Minister Datuk Seri Ismail Sabri Yaakob.

“He also went to rural areas including Bekenu, which is why he knows what Sarawak needs.

“Under his leadership, the cooperation (between both governments) is very close,” Abang Johari said.

He added Ismail Sabri’s presence at the event today has given encouragement and support for Miri folk to continue working with the federal and state government to provide Sarawak with good infrastructure facilities so the state can prosper.

He said he was confident in such an approach and that Sarawak is pleased to be with a stable Keluarga Malaysia with the latest developments.

On the Pan Borneo Project, Abang Johari said Sarawak is moving on the right track.

“We are on the right track to ensure the infrastructure development implemented by the federal government and state government will be completed for the people’s benefits.”

Once the project is completed, he said it would ease travel throughout the state.