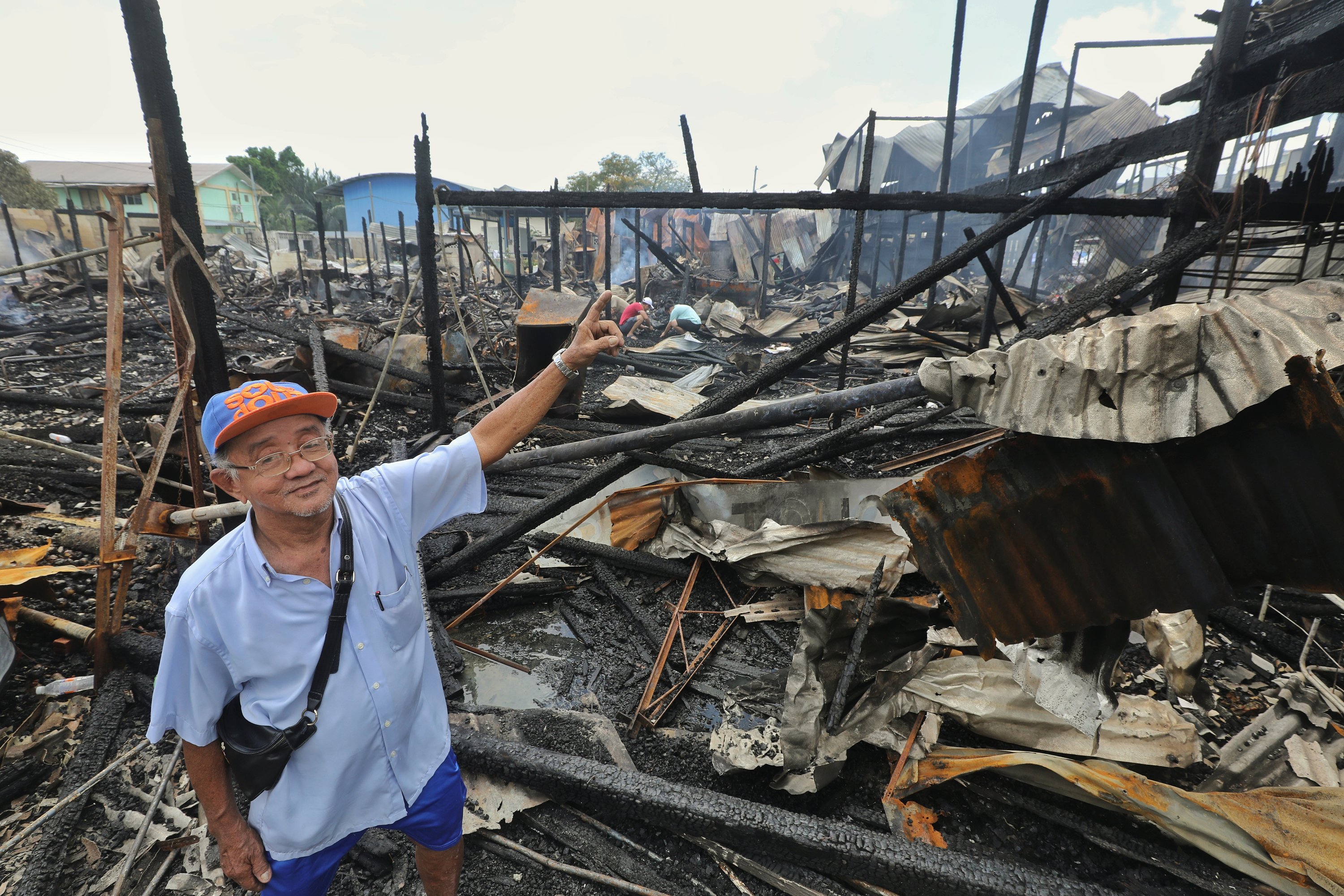 See Kwang points to his razed grocery shop. — Photo by Chimon Upon

SEBUYAU (Aug 7): Ten heritage shophouses of more than 60 years in Sebuyau Town were razed to the ground Saturday.

Families affected could not express their sorrow when interviewed after the fire incident. 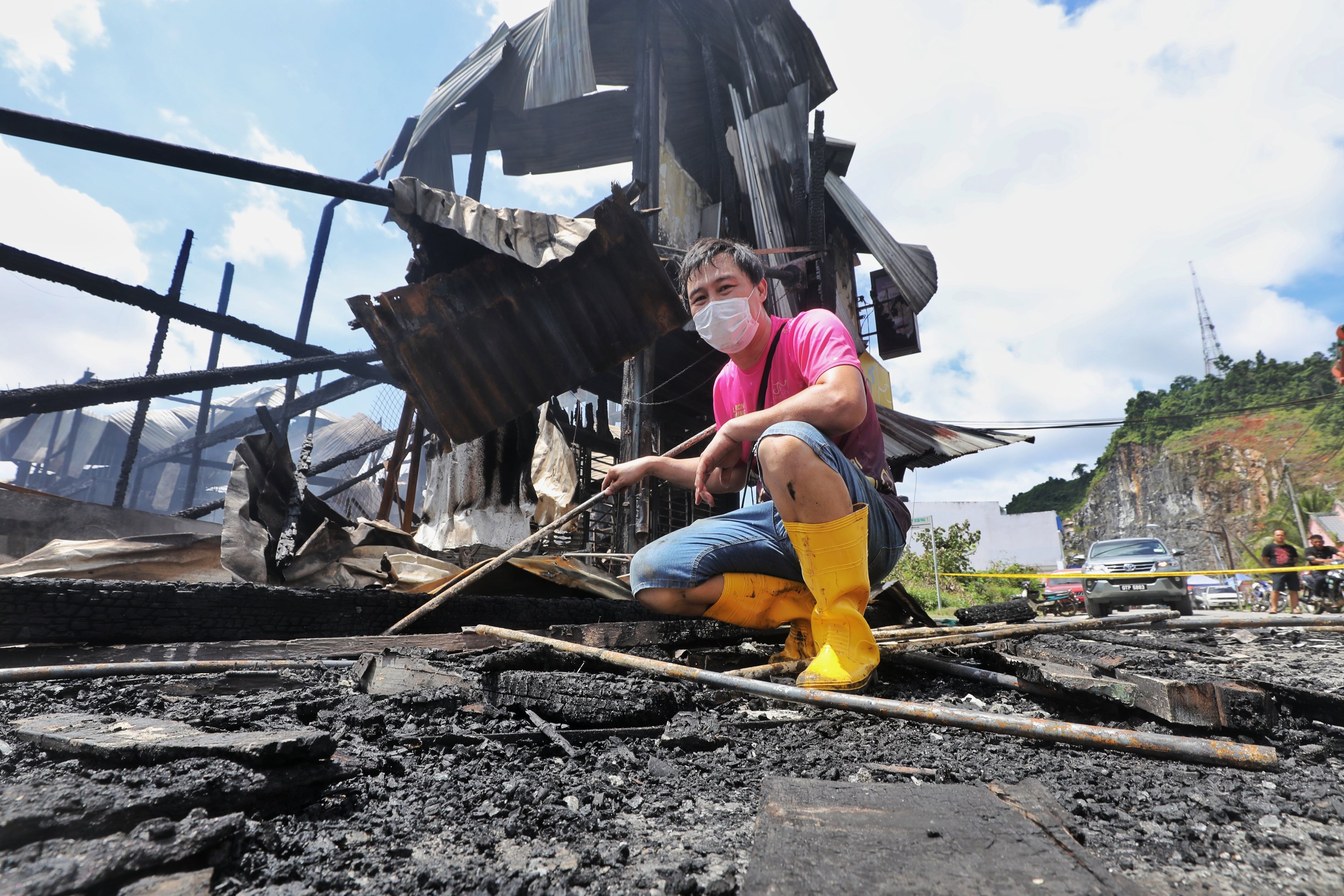 Law searching for traces of valuables from his shophouse in the aftermath of the fire. — Photo by Chimon Upon

Law Mian Keat, 38, a fourth generation operator of a grocery shop that was destroyed said his shop built around 1960s is one of the oldest in Sebuyau Town located some 108 km from Kuching City.

“This shop from my ancestors had provided for our family for four generations. Our family’s shelter and place of refuge is now in ashes,” he told reporters.

He said nothing was saved as the whole family was in Kuching. By the time they returned to the shop, it was destroyed.

The son of another shop owner, Sim Kwang Siang, 32, lamented that he was only able to bring his two-year-old son to the shop twice this year as he is working in Kuching but was grateful his parents survived the fire.

“I grew up here. At the time of the incident only my parents were in the shop. It’s a very sad incident,” he said. 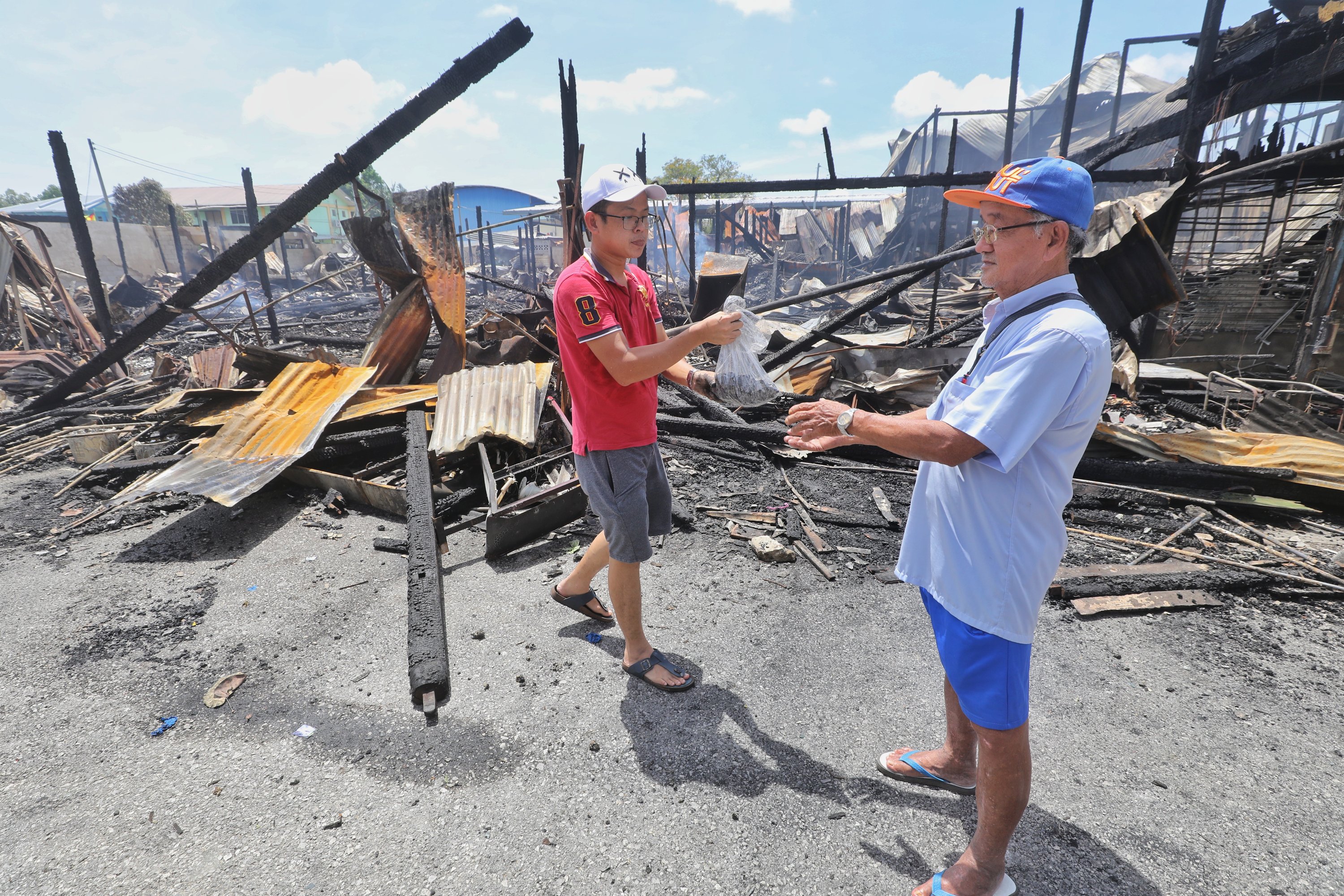 Kwang Siang (left) hands over a plastic package containing coins from the family’s shop to his father See Kwang. — Photo by Chimon Upon

Meanwhile, his father Sim See Kwang, 64, was grateful there was no casualties during the fire incident .

“Those of us in our shops managed to save ourselves and some important items,” said the elder Sim, adding that it was the third fire incident in the block of old shops.

“Ten years ago there was also a fire involving a shop as old as this block. This was the last building of the oldest shops in Sebuyau Town,” he shared.

He estimated losses to be about RM300,000 including merchandise and stocks.

“Everything was burnt. We couldn’t buy insurance for these shops as they were wooden structures,” he said and hoped for some assistance from the government.

He also hoped Sebuyau could have its own fire station instead of relying on Simunjan and Asajaya fire stations which are about an hour’s drive.