Tuesday, February 7
You are at:Home»Sports»Athletics»Hammer thrower Jackie can’t stand the cold, ends up last in Games debut
For the freshest news, join The Borneo Post's Telegram Channel and The Borneo Post on Newswav. 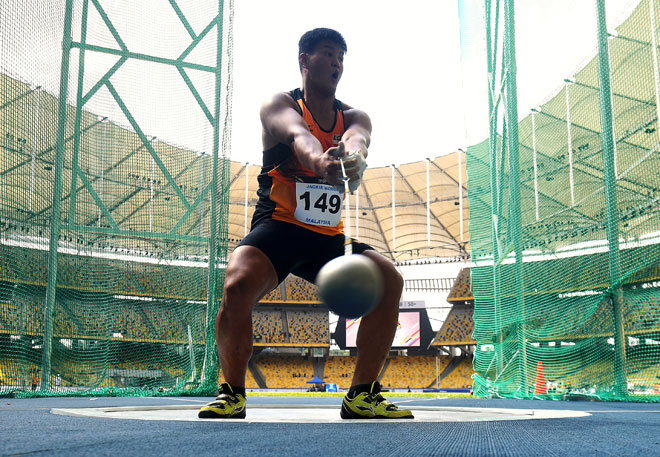 BIRMINGHAM (Aug 7): The cool weather and windy conditions at the Alexander Stadium clearly affected the performance of national hammer thrower Jackie Wong Siew Cheer after he could only finish last in the men’s final at the Birmingham 2022 Commonwealth Games here today.

Jackie, who could only hurl the hammer to a distance of 61.40 metres (m), admitted to not being used to such weather conditions which resulted in his poor effort on his Games debut.

“I am extremely unhappy with my effort and position today, but the experience of having competed here is priceless as I got to take on some of the best hammer throwers,” he told Bernama.

The 30-year-old also said he wants put this disappointment behind him and focus on the 2023 SEA Games in Cambodia and the Asian Games in Hangzhou, China next year.

Jackie’s effort today was way behind his own national record of 68.22m that he had set at the 2019 Malaysian Closed Athletics Championships.

England’s Nick Miller won the gold medal at the Alexander Stadium here with a throw of 76.43m, followed by Canada’s Ethan Katzberg (76.36m) and Alexandros Poursanidis (73.97m) of Cyprus.

Grace, who is the national record holder with a distance of 62.48m, could only manage 61.30m at the quadrennial Games here.

Canada’s Camryn Rogers left her rivals trailing in her wake as she stormed to the gold medal with a throw of 74.08m. Australia’s Julia Ratcliffe (69.63m) took silver while another Canadian, Jillian Weir (67.35m) settled for bronze. – Bernama