Saturday, October 1
You are at:Home»News»Sarawak»Newly-accepted PBB member Willie vows to do his best for party 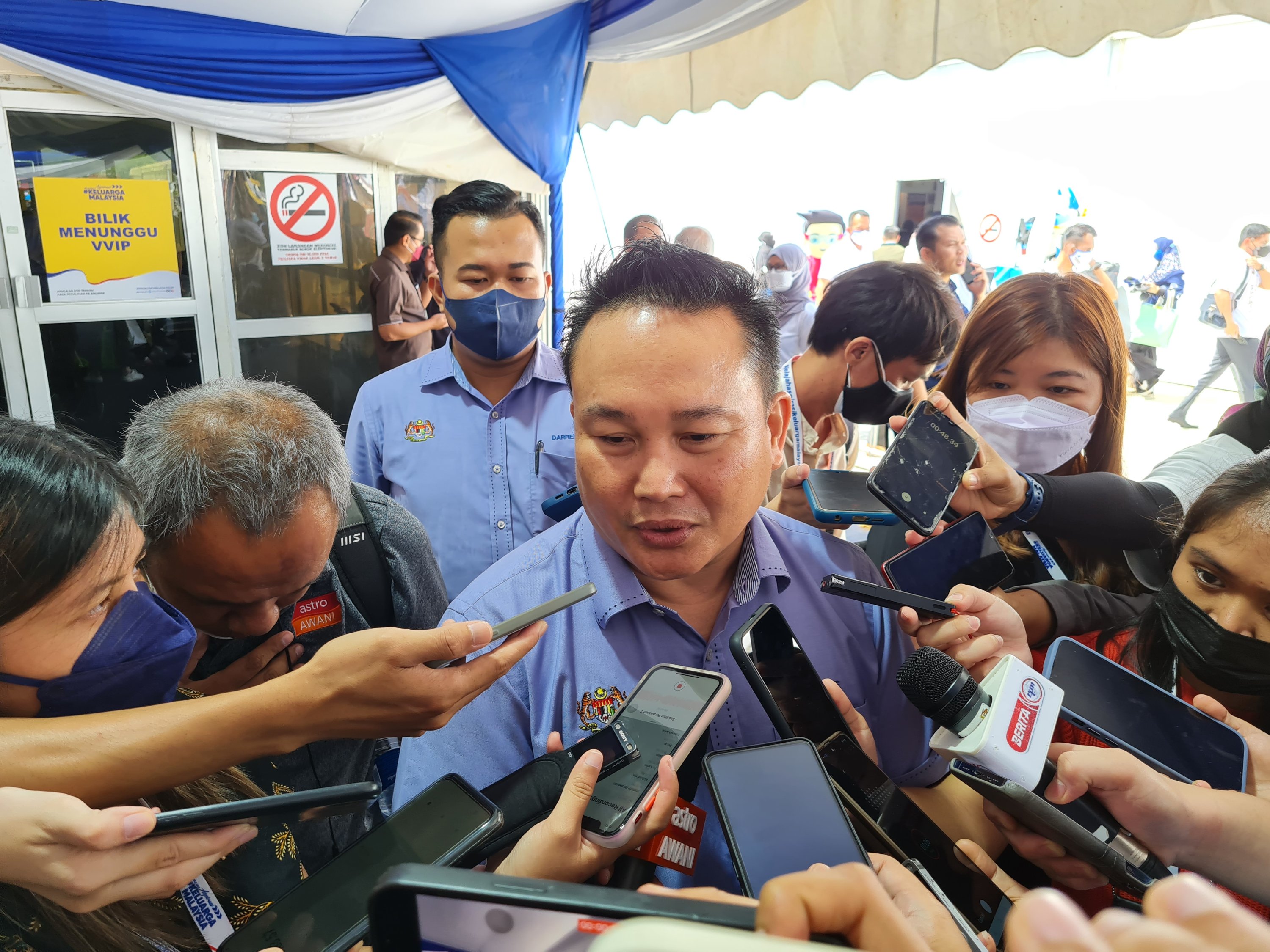 Willie fields questions from the reporters.

KUCHING (Aug 7): Puncak Borneo MP Datuk Willie Mongin vows to do his best to work with others in Parti Pesaka Bumiputera Bersatu (PBB).

“I will do my very level best to work together with the team, and also to build the party, ensuring that we go around disseminating messages about the struggles of the party,” he said, also hoping that he could attract more people to join PBB.

“Basically, Gabungan Parti Sarawak (GPS) is very new and for the record, I did fight against Barisan National in the past (election), but I never fought GPS.

“This is something that we must understand,” he remarked.

He also said his PBB membership had the backing of his supporters and the constituents of Puncak Borneo, and decisions were only made after consulting the local community leaders.

“Actually, I did ask my supporters for opinions (regarding my PBB membership) and as you can see, during the fall of Pakatan Harapan-led government in 2020, I even went to the extent of posting on Facebook to seek their opinions and (for them) to contact me personally.

“Likewise, I did the same before I submitted my application to join PBB. I hope they would support me. I believe in collective decision and I have sought their opinions.

“So, this is not my opinion alone but a part of my constituents’ wishes. I’m just fulfilling their wishes like what we had discussed.”

When asked by reporters whether the president of his former party Parti Pribumi Bersatu Malaysia (Bersatu), Tan Sri Muhyiddin Yassin, was aware of the decision, Willie said he had informed the party in advance and believed that ‘it should not be an issue’.

“Well, we spoke to them (Bersatu) and I think that should not be an issue. We already pre-empt them before.”

Moreover, Willie said he would leave it to the wisdom of Abang Johari and the PBB leadership on whether he would be defending his Puncak Borneo seat in the 15th general election (GE15).

“We leave it to the wisdom of the Premier. We just have to work hard to serve the people and if the people believe that we can actually continue (to serve), then it is up to the party leadership and the Premier’s wisdom to decide,” said Willie.

At a press conference held after chairing a PBB supreme council meeting on Saturday, Abang Johari said Willie’s application to join the party had been accepted, with no conditions attached.