Saturday, December 3
You are at:Home»News»Sarawak»Premier: Normal for ‘big family like Malaysia’ to have different opinions 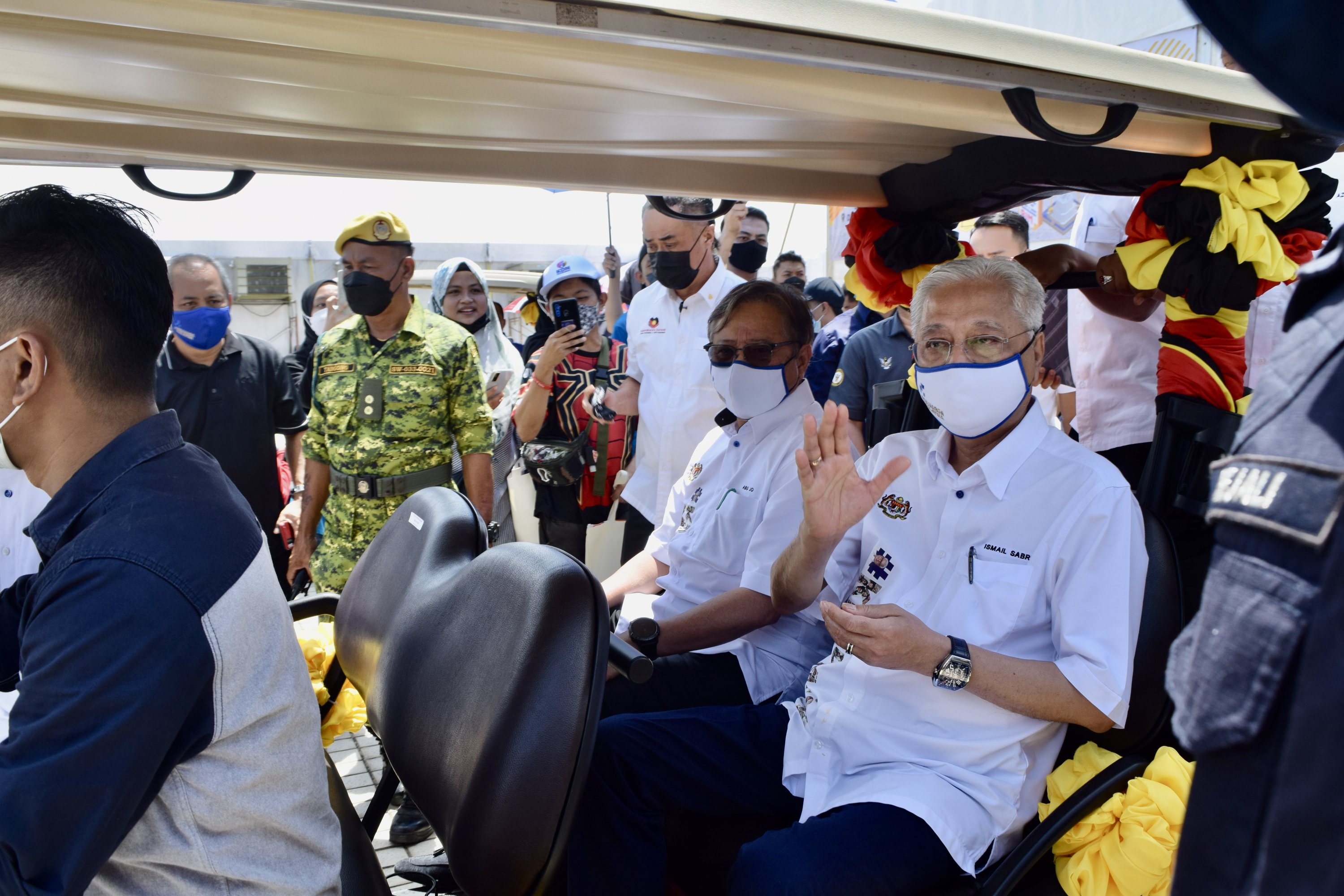 Ismail Sabri, with Abang Johari on his right, waves to the crowd as they are being transported via buggy to the main stage for the closing ceremony of ‘Jelayah Aspirasi Keluarga Malaysia’ programme in Petra Jaya. — Photo by Roystein Emmor

KUCHING (Aug 7): It is normal for a ‘big family like Malaysia’ to have different opinions and approaches with regard to implementation of certain matters.

According to Premier of Sarawak Datuk Patinggi Tan Sri Abang Johari Tun Openg, such differences would not become a major issue if the various opinions and approaches are being properly addressed ‘in the spirit of a family’.

“There are no differences that cannot be resolved if discussions are conducted in sincerity for mutual interests, and also to create a win-win situation for all parties,” he said in his speech at the closing ceremony of ‘Jelajah Aspirasi Keluarga Malaysia’ programme, which took place at the Dataran Perayaan of Sarawak Stadium in Petra Jaya here today.

In stating this, Abang Johari also expressed hope for the situation to continue on, and for Malaysia to remain stable and able to move towards becoming a dynamic and advanced economy.

He believed that Ismail Sabri and his senior leaders would want to see Sarawak become prosperous and successful in any developmental and economic programmes meant to elevate Sarawak’s status into a high-income state by 2030.

“Through Post Covid-19 Development Strategy (PCDS) 2030, Sarawak is embarking towards an economy that will be characterised by digital advancement, resources conservation and global efforts to tackle climate change,” he said.

Abang Johari said the state government appreciated the freedom accorded by Putrajaya to make its own decisions for the advancement of the state, with the hope that Sarawak could one day stand equal among other more developed places in the country.

He said in the spirit of unity among races in a community, the state government had taken concrete action by channelling financial aid to non-Muslim communities through the Unit for Other Religions (Unifor).

“Since it was set up in 2017, Unifor has been allocated to a tune of RM215 million to build or repair non-Muslim houses of worship, another RM30 million for missionary schools and RM10 million for administrative purposes.”

Abang Johari said the state government had also set aside RM70 million for the construction of Unifor building at Jalan Ong Tiang Swee here, so that the agency’s administration affairs and the implementation of religious activities under its purview would be more organised.

“I am confident that equitable religious development between Muslim and non-Muslim communities in the state will lead to a harmonious community, and keeping prejudice that might cause discontent within a society, at bay.”

Abang Johari also thanked the federal government for making Sarawak as one of the stops for the ‘Jelajah Aspirasi Keluarga Malaysia’ programme, which also covered Johor, Perlis, Sabah, Terengganu, Perak and Kelantan.