Saturday, October 1
You are at:Home»News»Crime»Body of missing boy in Kapit river boat capsize found 84km away 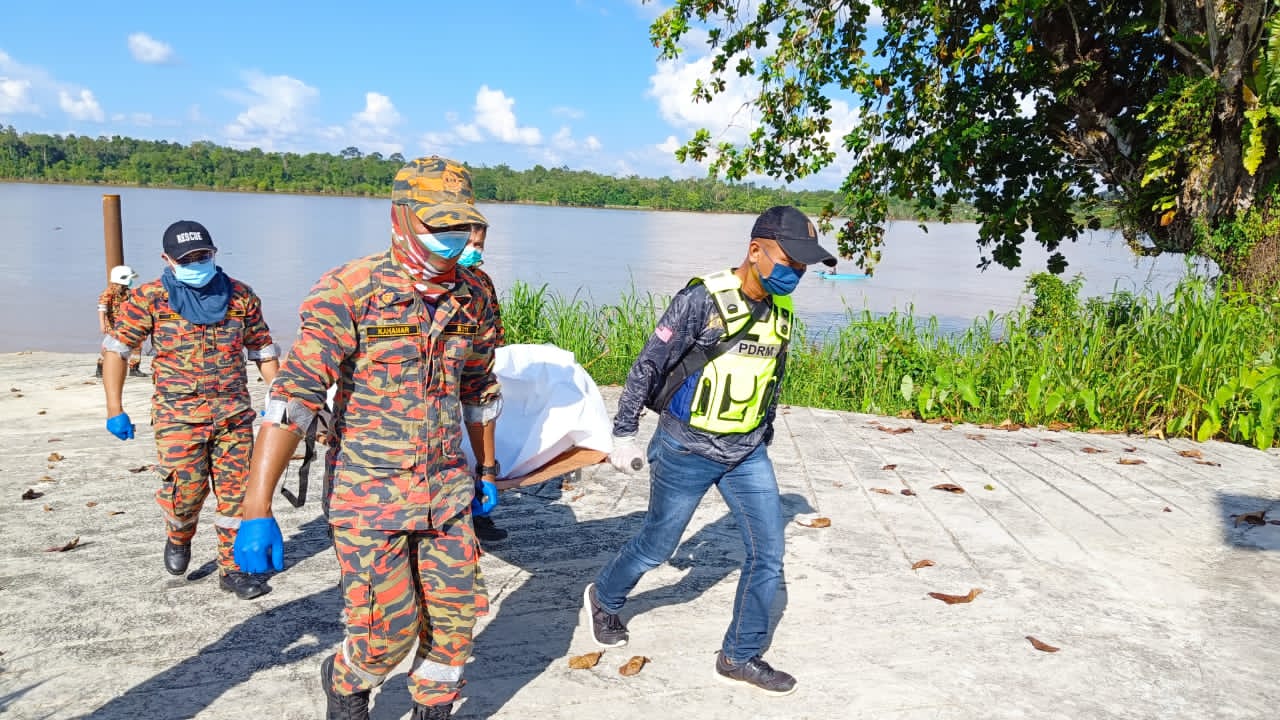 Bomba personnel and a policeman carry the body to a police vehicle.

KAPIT (Aug 8): The body of a 10-year-old boy who went missing after the family’s boat capsized here on Friday was found today.

According to Sarawak Fire and Rescue Department (Bomba) operations centre spokesman, the body of Jenggut Antas was found near Kampung Bedil in Kanowit, about 84 kilometers from the location of the incident.

“The body was discovered by an off-duty fireman fishing near Kampung Bedil.

“The victim’s body was taken to Kampung Hilir jetty and handed over to the police,” he said in a statement.

The spokesman said the boy’s father Antas Agang, 38, later identified the body from his clothes.

In the incident, the victim was travelling with his parents and sister on a boat when it collided with a barge and sank near Tongkang Wharf opposite Kapit New Bazaar Waterfront around 9.30am on Friday.

In his police report, Antas said the boat was in the vicinity of the wharf when its outboard engine stalled and drifted downriver before it collided with the barge.

Antas said he, his wife and daughter managed to save themselves but Jenggut was carried away by strong current.