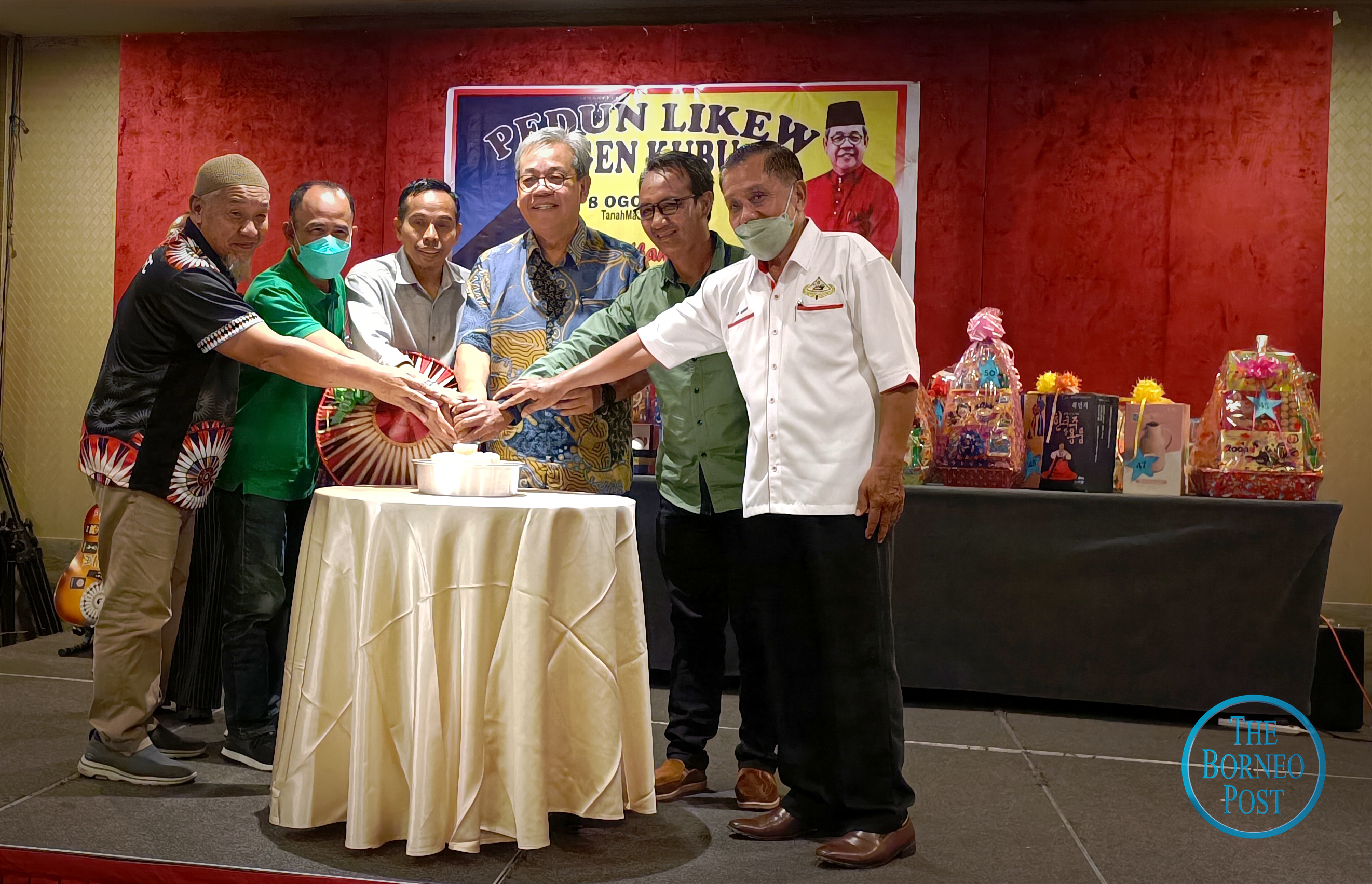 Ahmad Johnie joins the cake-cutting ceremony. On his right is Mohamad Ali. – Photo by Peter Boon

SIBU (Aug 9): There is a strong need to set up a volunteer firefighting unit in Igan, said Ahmad Johnie Zawawi.

The Igan MP said he has raised the issue in Parliament as the nearest fire station in Mukah is some 40 minutes away.

“If there is a fire in Igan, by the time firefighters arrive, (the building) cannot be saved anymore. I will bring up this matter to the minister concerned (Housing and Local Government Minister Datuk Seri Reezal Merican Naina Merican). The Deputy Minister (Datuk Seri Ismail Abd Muttalib) will visit Daro on Aug 20 as what I had been informed.

“I will bring up this matter to the deputy minister so that prompt action can be taken because this is a need of the community in Igan,” he told reporters following the ‘Pedun Likew Igan Kubu 2022’ event here last night.

He pointed out that Kampung Igan is a traditional Melanau village where the houses are made of wood.

“If there is a fire, maybe within 20 minutes, the house will be completely razed. So, the need for volunteer firefighters is rather important to the community there,” he stressed.

However, he could not say how long it would take to set up a volunteer firefighting unit.

He also suggested providing fire extinguishers to houses in Igan.

“This is what we do where we provide a unit of fire extinguisher to each door in a longhouse.

“This is one the best alternatives before firefighters arrive,” he said.

“With a voluntary firefighting team, we can prevent fires from spreading to the nearby houses, as the nearest fire station is in Mukah, which takes time for help to arrive if there is a fire,” he said.

He said around 400 people attended the ‘Pedun Likew Igan Kubu 2022’, which aimed to foster ties between Igan folk living in Sibu.