Tuesday, December 6
You are at:Home»News»Sabah»Sipitang factory destroyed in fire 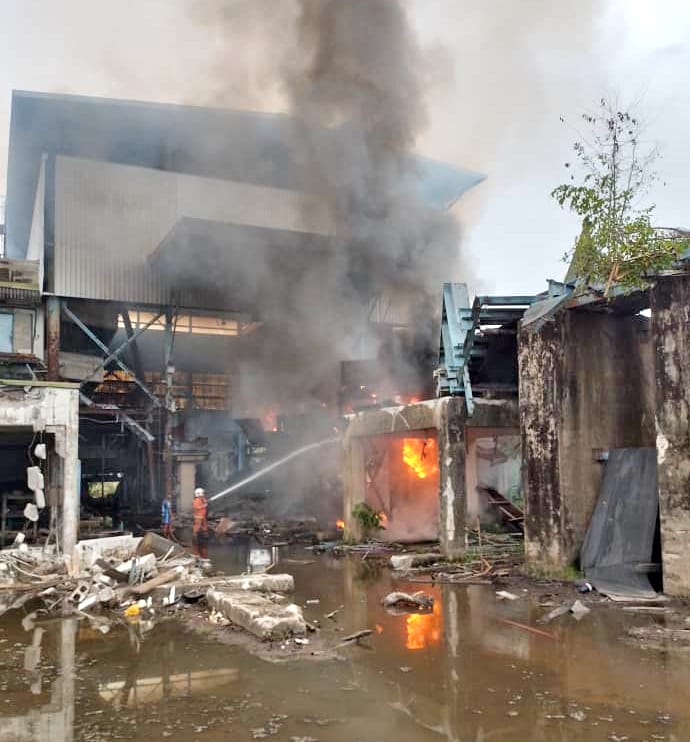 Firefighters putting out the fire that destroyed a factory in Sipitang.

SIPITANG (Aug 9): A factory which had stopped operation was destroyed in a fire at Jalan Jeti Kilang Forest Industri here Tuesday morning.

Sipitang fire station chief Calvin Joe Jeofery said a team was deployed to the location after receiving a distress call at 6.20am.

Fire and rescue personnel put out the blaze by 6.55am before the operation ended at 9.50am, said Calvin.

No untoward incident was reported while the cause of the fire is still under investigation, he added.