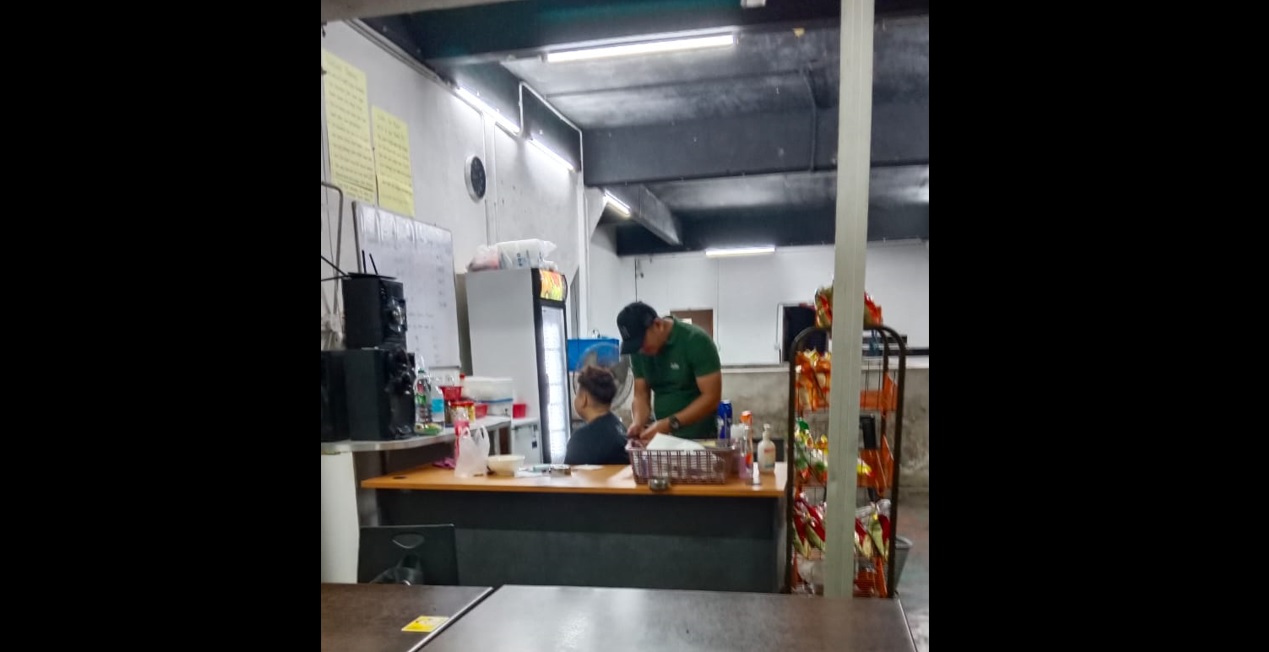 A policeman goes through the evidence during the arrest.

“The police from IPD Bau Criminal Investigation Department had introduced themselves as police before making the arrest under ‘Ops Dadu’,” he said in a statement.

He said the woman from Marudi will be investigated under Section 4(1)(c) of the Common Gaming Houses Act 1953.

Poge added the suspect has no previous criminal record.

If convicted, she could be fined between RM5,000 and RM50,000, or face a jail sentence of not more than three years.