Saturday, December 3
You are at:Home»News»Crime»Baby among 32 illegals turned back by army at border in Lundu 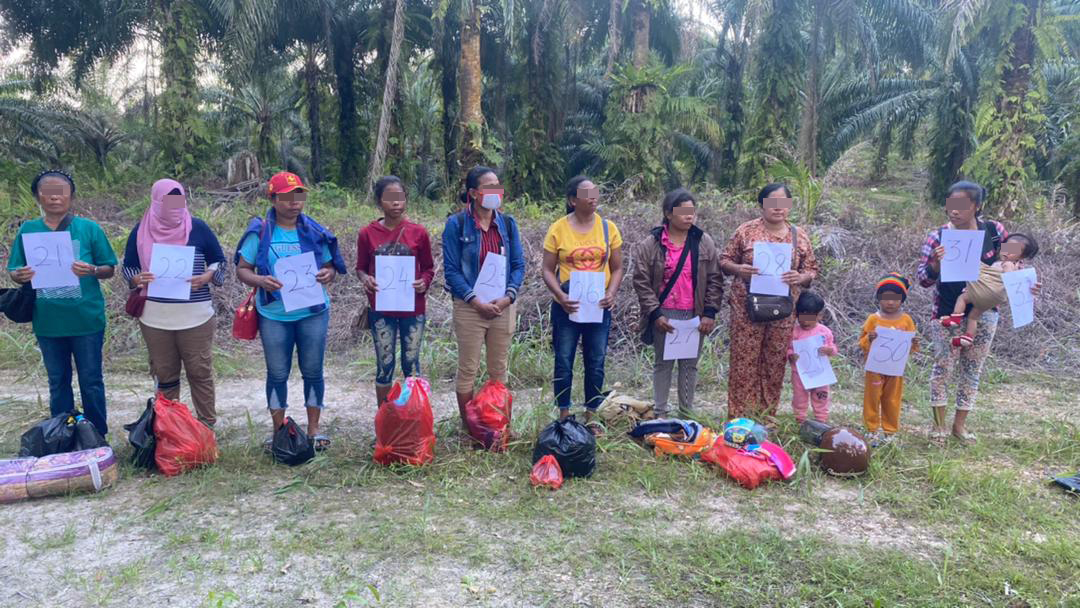 Photo shows some of the illegal immigrants intercepted by the Third Infantry Brigade near the oil palm plantation.

KUCHING (Aug 10): A total of 32 undocumented immigrants, including a nine-month-old baby, were ordered to return to their home country after they were found near an oil palm plantation in Lundu, about 150 metres from the Malaysia-Indonesia border, yesterday.

A First Infantry Division spokesperson said soldiers from the Third Infantry Brigade found that none of the foreigners had any valid travel documents when checked.

“No illegal items were found on them except for their personal belongings, which involved 19 motorcycles, estimated to be worth RM51,500, cash in Indonesian currency (estimated to be about RM10,000), and 24 smartphones.

“The total number of items inspected is estimated to be worth RM100,667.80,” the spokesperson said in a statement.

According to the spokesperson, the illegal immigrants could have entered the country by riding their motorcycles through illegal routes.

After a police report was lodged at the Lundu police station, the 32 were ordered to return to Indonesia and handed over to the Indonesian Army at the Kumba Semuying post.

“We, the armed forces, will continue safeguarding the nation’s borders to deter any form of border crimes and also to stop the spread of Covid-19,” added the spokesperson.