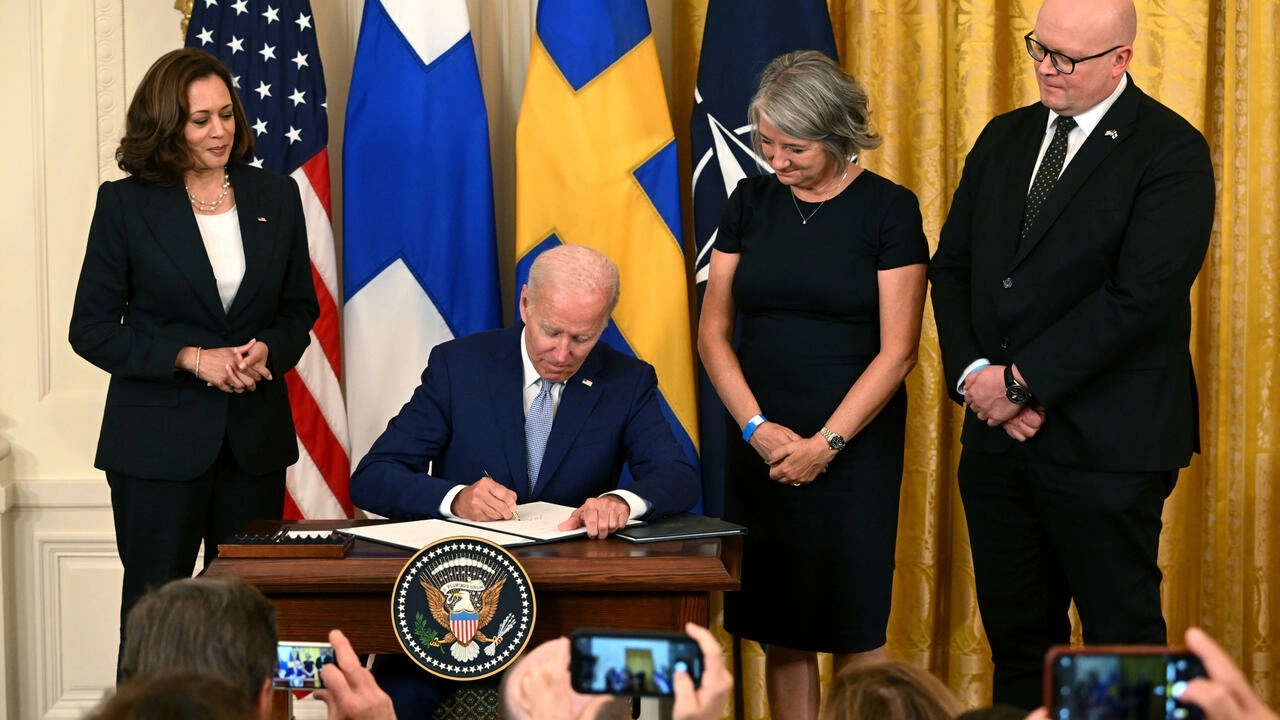 WASHINGTON (Aug 10): President Joe Biden on Tuesday signed US ratification of bids by Finland and Sweden to enter Nato, taking expansion of the Western alliance in response to Russia’s Ukraine invasion one step closer.

Earlier this month, the Senate voted 95-1 in favor of the Nordic states’ accession, making the United States the 23rd of the 30 Nato countries to give formal endorsement. Unanimous support is needed for new membership.

Biden, who has made restoring traditional US alliances a cornerstone of his administration after Donald Trump’s move to upend ties around the world, praised Nato as “the foundation of American security.”

“The United States is committed to the transatlantic alliance.”

President Vladimir Putin’s Russia “shattered peace and security in Europe” by invading Ukraine, Biden said. “Putin thought he could break us apart…. Instead, he is getting exactly what he did not want.” – AFP