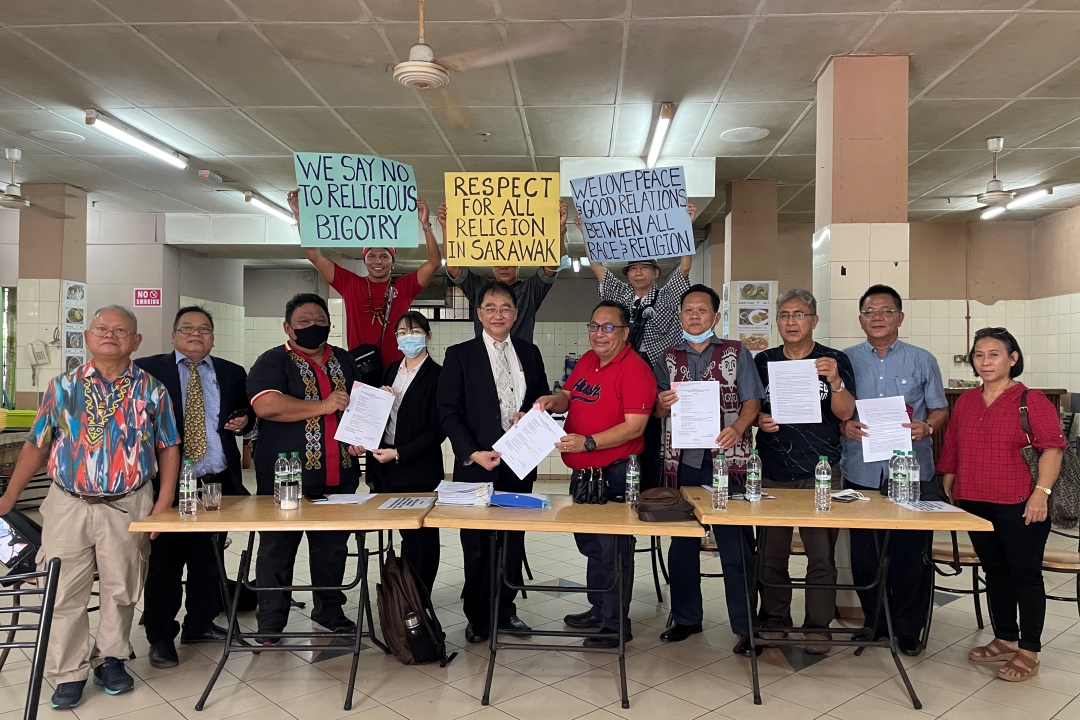 KUCHING (Aug 10): Activist Wan Asshima Kamaruddin was slapped with a permanent injunction by the High Court here on July 14 for posting insulting and threatening comments against Christianity on her Facebook page in March last year.

This was following a civil suit was filed by Ben Diomedes Ujai, Bobby William, and Francis James who acted on behalf of Sarawakian Christians, through counsels Dominique Ng and Cherishe Ng on March 11, against the 38-year-old activist of Pondok Hijrah Muslimah Malaysia, a non-governmental organisation (NGO).

A permanent injunction is a court order requiring a person to do or cease doing a specific action that is issued as a final judgment in a case.

Dominique in a press conference at the court today said the permanent injunction against Wan Asshima and her agents was meant to keep her from inciting the public on religious issues or causing unlawful acts of violence against Christians or people of other faiths.

“Other permanent injunctions obtained are against her and her agents from causing destruction, damage or desecration of properties belonging to churches, and from unlawful interference of the constitutional right of worshipers of the Christian faith or other faiths under Article 11 of the Federal Constitution,” he said.

Dominique added that the most important judgments were several declarations against Wan Asshima and her agents, members of her NGO, her individual or collective assigns, had violated the rights of the plaintiff under Article 13 of the Federal Constitution.

“They also breached the Malaysia Agreement 1963 (MA63), constituted a provocation, promoted ill feelings or caused disharmony amongst Muslims and non-Muslims in a multiracial and multi-religious nation or federation, slandered or committed libel against the plaintiff as worshipers of the Christian faith,” Dominique said.

On March 11, 2021, Wan Asshima, who styled herself as ‘Puteri Mujahidah Wan Asshima Kamaruddin’ and claiming to represent several Islamic groups in the peninsula, uploaded a 12-minute clip on Facebook in which she claimed to be defending Islam, and threatened to ‘destroy’ Christians and to close down churches in Malaysia.

Her video was in response to a High Court ruling that allowed Christians to use the word ‘Allah’ in their religious publications.

“According to the police, 61 police reports were lodged against her throughout Malaysia, of which more than half were from Sarawak.

“After some efforts in crowdfunding especially among Social Media Monitoring to Assist Police (SMETAP) members, some funds were raised for the said suit with the plaintiffs being Ben, Bobby and Francis,” said Dominique.

The suit was personally served on Wan Asshima at her address in Kuala Lumpur, but despite that, she failed to appear in the High Court here or file a defence to the suit, he added.

The judgments were declared on July 14 before Judicial Commissioner Dato Zaleha Rose Pandin in default of appearance and defence.