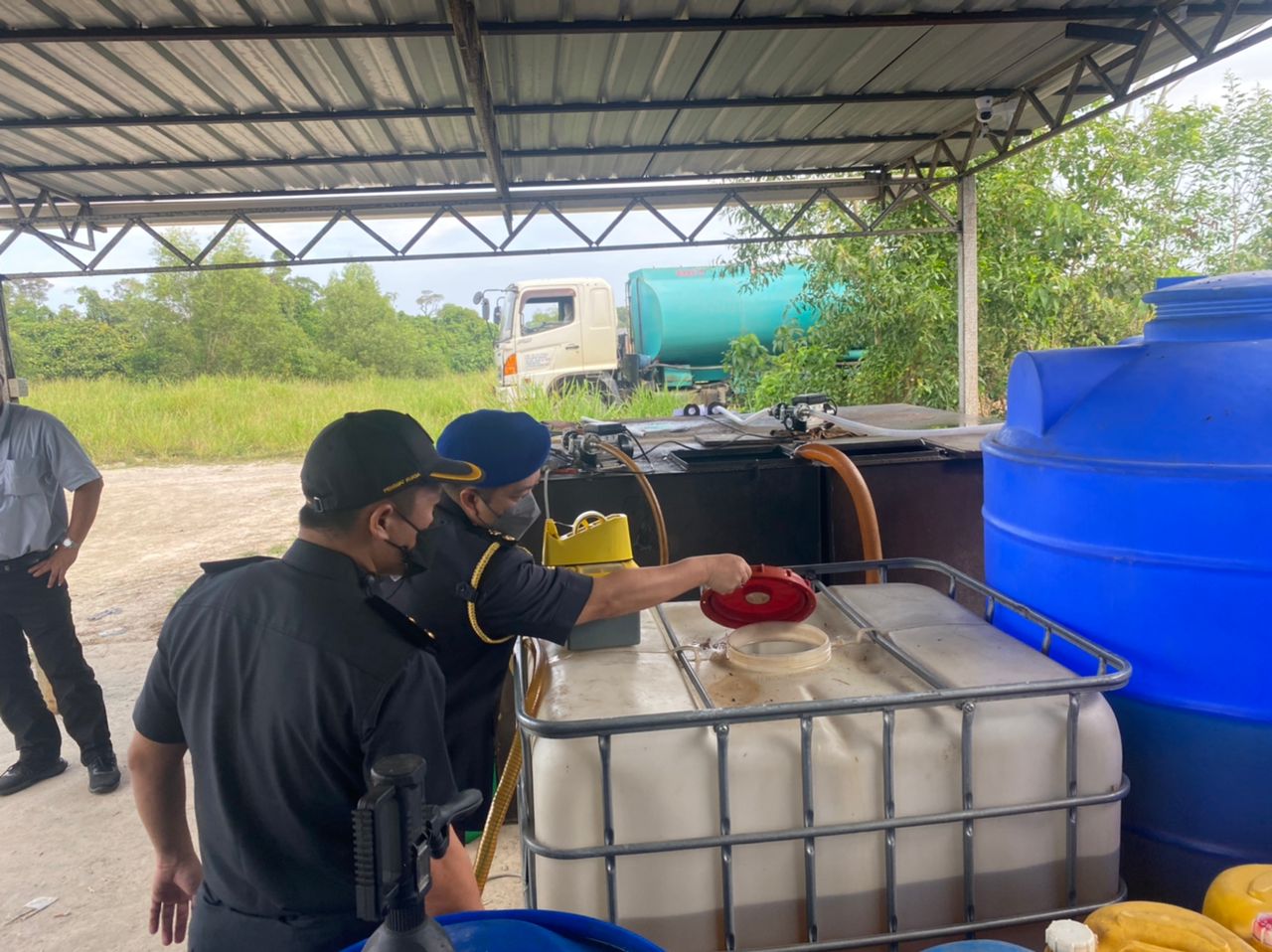 Joe Azmi (right) and his officers check on the diesel transferred from a lorry into a barrel at the premises in Tukau.

Miri chief Joe Azmi Jamil said the operation was carried out following a tip-off and three weeks of surveillance on a premises in Tukau.

“Based on reports, the premises is believed to be keeping stock of subsidised diesel in the district.

“During the raid, the KPDNHEP enforcement team found 12,400 litres of diesel and apprehended a man, aged 20, who failed to provide written permission to possess the controlled articles from the supply controller,” he said in a statement.

Joe Azmi said the man is currently being detained to facilitate the investigation conducted under Section 20 (1) of the Control of Supplies Act 1961 read together with Section 21 of the same Act.

He said the initial investigation indicated that the modus operandi was to purchase diesel from fuel stations before transferring it from a lorry into barrels for sale to factories and estates around Miri at industrial prices.

It is estimated that the value of the seized diesel amounts to RM26,660.

Also confiscated during the raid were a lorry, two pumps, and six hoses of various sizes valued at RM150,000.