Wednesday, February 1
You are at:Home»News»Sarawak»Malay wedding in Kuching features lion dance performance in show of unity
For the freshest news, join The Borneo Post's Telegram Channel and The Borneo Post on Newswav. 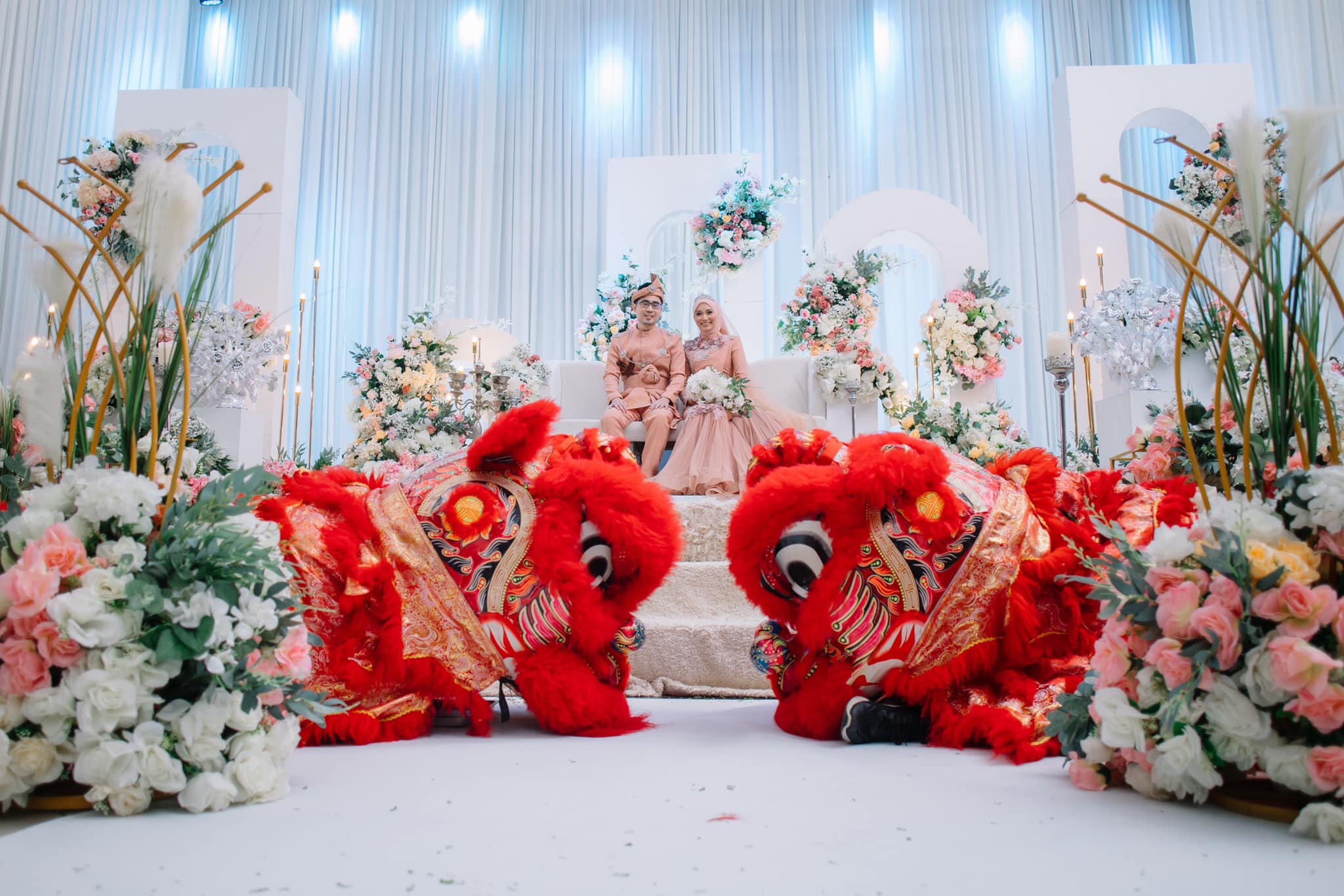 KUCHING (Aug 10): A Malay wedding here over the weekend featured an exuberant lion dance performance to reflect the cultural heritage of the happy couple.

Guests at the wedding reception of Sarawakian Siti Haziqah Othman and Yap Ee Jie from Selangor at the CIDB Sarawak Convention Centre were thrilled with the unique performance by Sarawak Kuching Hong Yi.

Siti Haziqah said they included the lion dance performance to celebrate the union between two cultures.

“We wanted something special for our wedding to show that we can accept each other’s culture.

She also revealed that her maternal grandmother is Chinese but was adopted by a Malay family as a baby.

“Every Raya they will come to our house and during Chinese New Year we will pay them a visit. So, it’s not a bizarre thing for us,” she said.

She pointed out that the Chinese side of her family had arranged for the lion dance troupe.

“And so, during our reception, we had a traditional (Malay) performance (by Cilik Sejinjang), rosewater sprinkling ceremony, and a lion dance performance by Sarawak Kuching Hong Yi, which is fair for both families,” she added.

Siti Haziqah shared that Yap proposed to her on New Year’s Eve when they were watching TV while waiting for the fireworks.

“We actually met four years ago when we were working for an IT company in Selangor, where even after we left the company, we continued to keep in touch and became good friends,” she said.

“We never talked about getting married or anything, until one day his father told me face to face that he wanted us to go further, where he proceeded to give us his blessing.”

The newlyweds are currently working in Kuala Lumpur and living with Yap’s family.