Friday, December 2
You are at:Home»News»Sarawak»Wreckage believed to be from Chinese rocket found in Pantu plantation 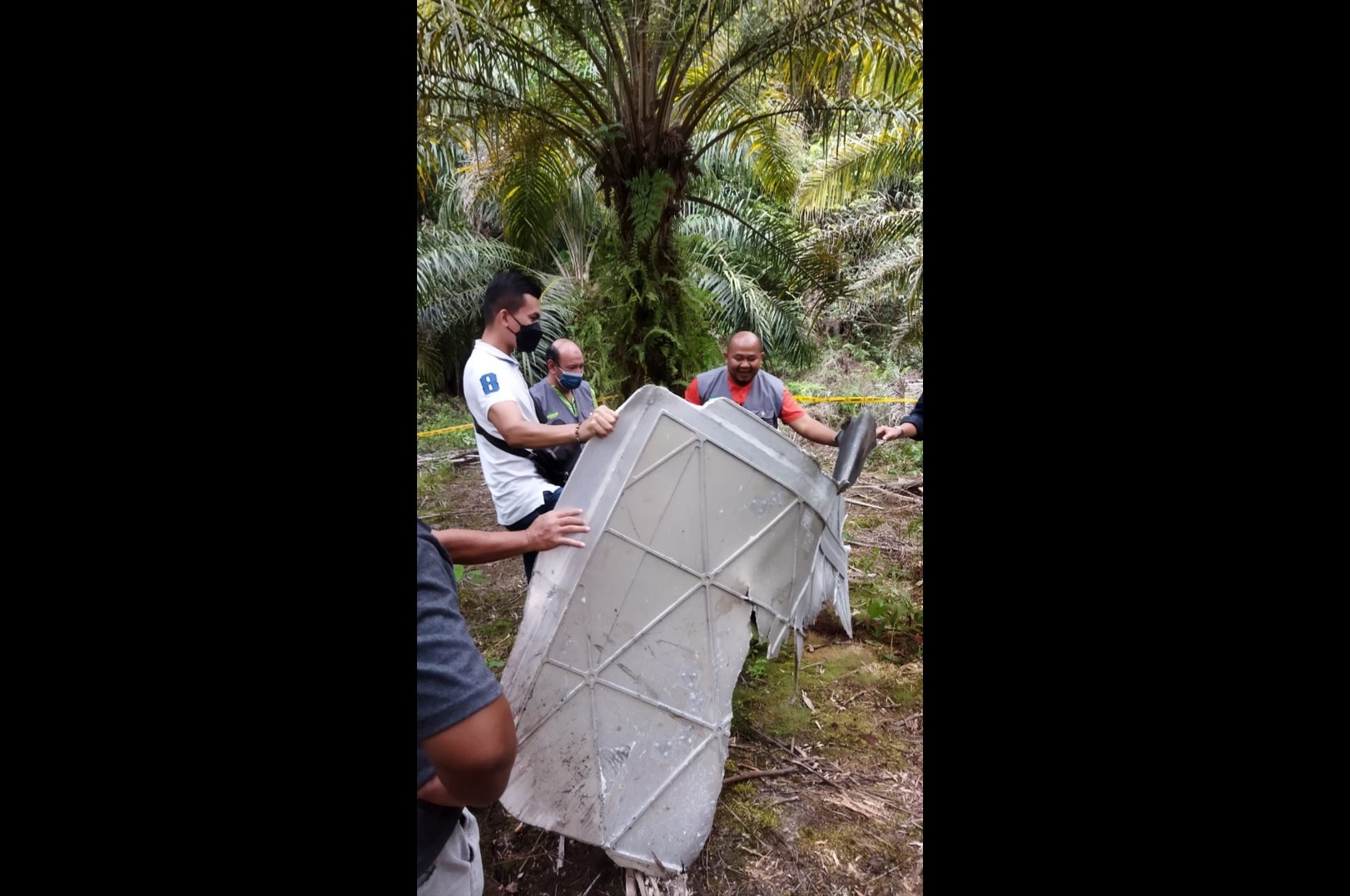 A Bomba photo shows personnel from the Chemistry Department retrieving the object at the oil palm plantation yesterday.

KUCHING (Aug 11): A piece of wreckage believed to be from China’s Long March 5B rocket was found in an oil palm plantation in Pantu, Sri Aman around 11.30am yesterday.

The Fire and Rescue Department (Bomba) said in a statement the grey-coloured object measuring around 2.3 metres long, 1 metre wide, and 5 millimetres thick was found by a member of the public.

Bomba said firefighters and police personnel secured the area until the arrival of Atomic Energy Licensing Board (AELB) and Department of Chemistry personnel from Kuching, who checked on possible radiation from the object.

Upon their arrival, Department of Chemistry personnel conducted checks for radiation levels with Bomba.

When it was established that no radiation was detected, the object was retrieved and secured for transportation.

The object was later handed over to AELB and the police for further action.

With yesterday’s discovery, Bomba has so far recorded three cases of objects likely to be wreckage from the Long March 5B rocket in Sarawak.