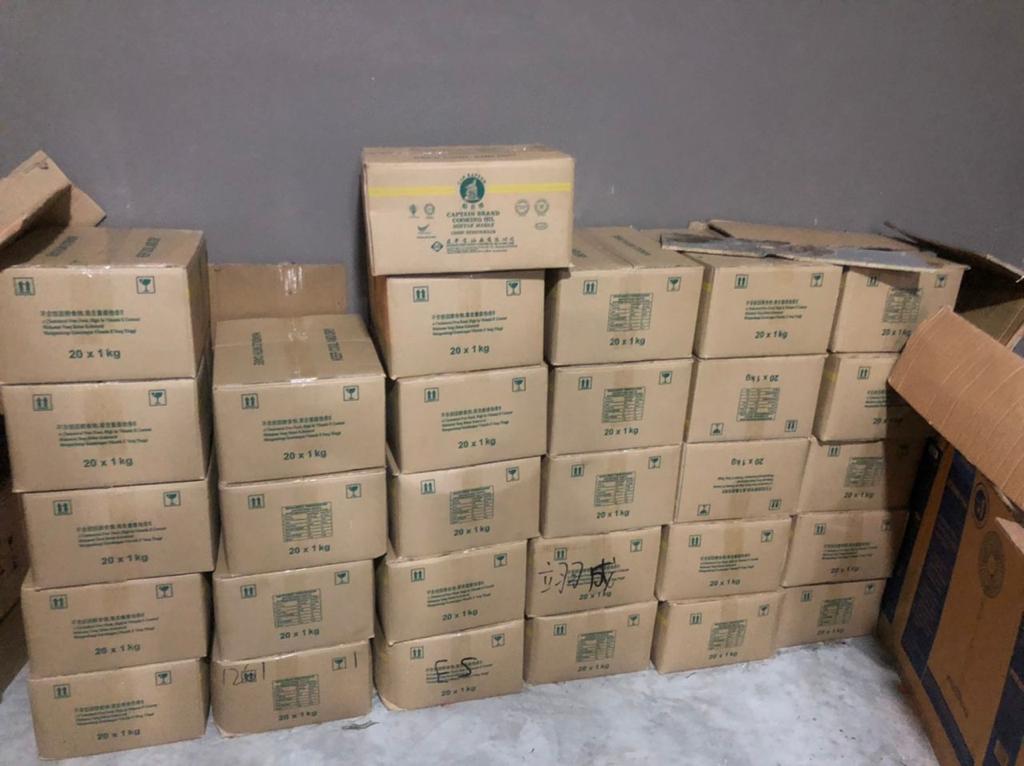 Handout photo shows some of the boxes of cooking oils seized from the house in Sarikei.

In a statement today, branch head Mohamad Zawawi said the seizure was made after a joint KPDNHEP and police Special Branch team raided the house at around 12.30am.

It is understood that the premises did not have a licence for the controlled items worth around RM1,500.

“This joint operation with the police team (Special Branch) was conducted to ensure that the controlled items such as sugar, cooking oil, and flour, and basic necessities are sufficient in the market,” Mohamad said.

He gave a stern warning to individuals and companies not to be involved in concealing subsidised and controlled items.

He pointed out action would be taken against offenders under the Control of Supplies Act 1961.

“An individual could be fined not more than RM1 million and for subsequent offence, a fine of not more than RM3 million, or a maximum three years’ imprisonment term, or both.

“For corporate bodies, a fine not exceeding RM2 million will be imposed and for subsequent offences, a fine of not more than RM5 million,” he added.