Tuesday, December 6
You are at:Home»News»Sarawak»New Lawas airport to begin construction in Q1 2023 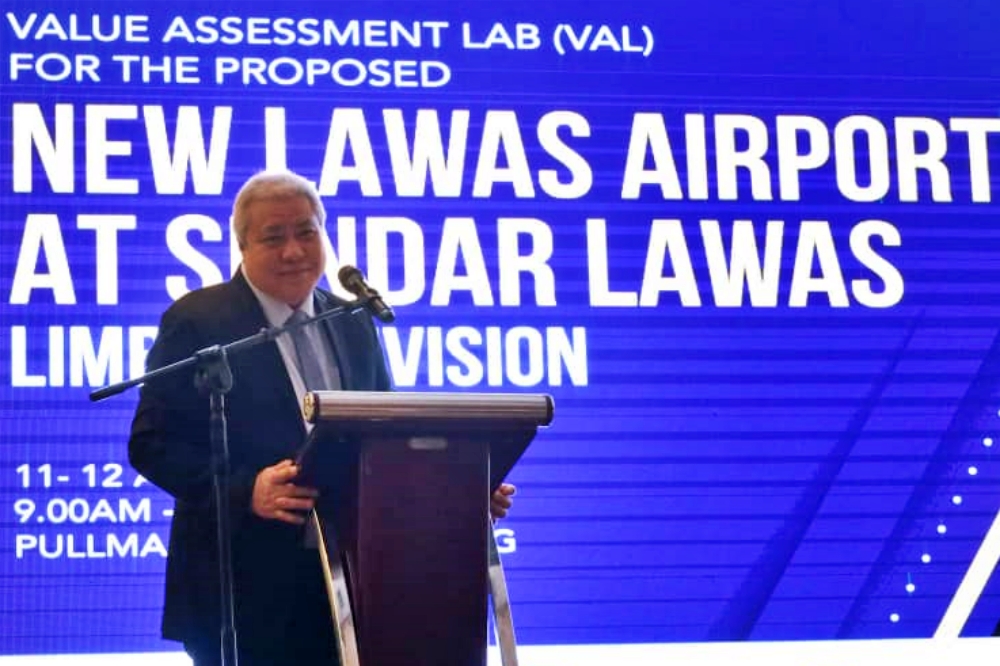 Awang Tengah speaking at the closing of the two-day assessment lab in Kuching.

KUCHING (Aug 12): Construction work of the proposed new Lawas airport is expected to start in the first quarter of next year, and expected to be completed by the end of 2026.

Deputy Premier Datuk Amar Awang Tengah Ali Hasan said that the project came at the time when there would be few other mega projects to be implemented in the region.

He singled out mega projects such as the Northern Coastal Highway, the Sarawak Sabah Link Road and the Trans Borneo Highway that would be complemented by the new airport.

“Regional Corridor Development Authority (Recoda) has completed the study for the proposed new deep-sea port in Lawas while my ministry is now in the midst of completing the masterplan for the development of the industrial terminal which is part of the strategies to develop the petrochemical hub in Lawas.

“Both these studies aim to identify the critical success factors and the ecosystem to support the proposed growth and development of the petrochemical industry in the region,” he said.

He was speaking at the closing of the two-day value assessment lab for the new Lawas airport project today.

Recoda is the implementing agency for the proposed new airport.

Awang Tengah pointed out that Lawas needed a bigger airport to accommodate the influx of both the business and leisure tourists to the town to participate in its economic and tourism activities.

“As such, this new airport is vital as it will serve as the catalyst for economic growth in the northern region,” said Awang Tengah, who is also the chairman of the Northern Region Development Authority (NRDA).

The two-day value assessment lab for the proposed new Lawas airport in Sundar was successfully completed on Friday.

Attended by consultants and officers from various relevant government agencies, the lab sought to gather input and feedback on the planning and system design, architectural works, mechanical and electrical works for this project to achieve better value and optimal cost.

Lawas is currently served by the existing Short Take-Off and Landing Airport (STOLport) which has been in operation since 1961.

Despite a subsequent upgrade in 1996, the STOLport continues to experience issues such as flooding, while the increase in passengers has resulted in the STOLport being unable to cope with the increasing demand.

Malaysia’s Ministry of Transport, which carried out a feasibility study in 2016, had recommended for a new airport with a runway length of 1,500 metres that can accommodate ATR 72-500 aircraft to be developed.

Earlier, Recoda chief executive officer Datu Ismawi Ismuni said the lab was important to align everyone involved in the project so that they would be on the same page to optimise the project design and cost without affecting the quality of the new airport.

“Ultimately, we want to deliver the project timely, with the most optimum cost without compromising on the quality for the benefit of the people.

“The outcome of this value assessment lab will be used as the basis to prepare the project brief including a needs statement before the detailed design can be carried out and to avoid project overlapping,” he said.

Established in 2008, Recoda is an investment promotion agency set up by the government to oversee the overall development of Sarawak Corridor of Renewable Energy (Score).