Wednesday, December 7
You are at:Home»News»Nation»Rina Harun: Anti-Sexual Harassment Bill to be enforced in phases 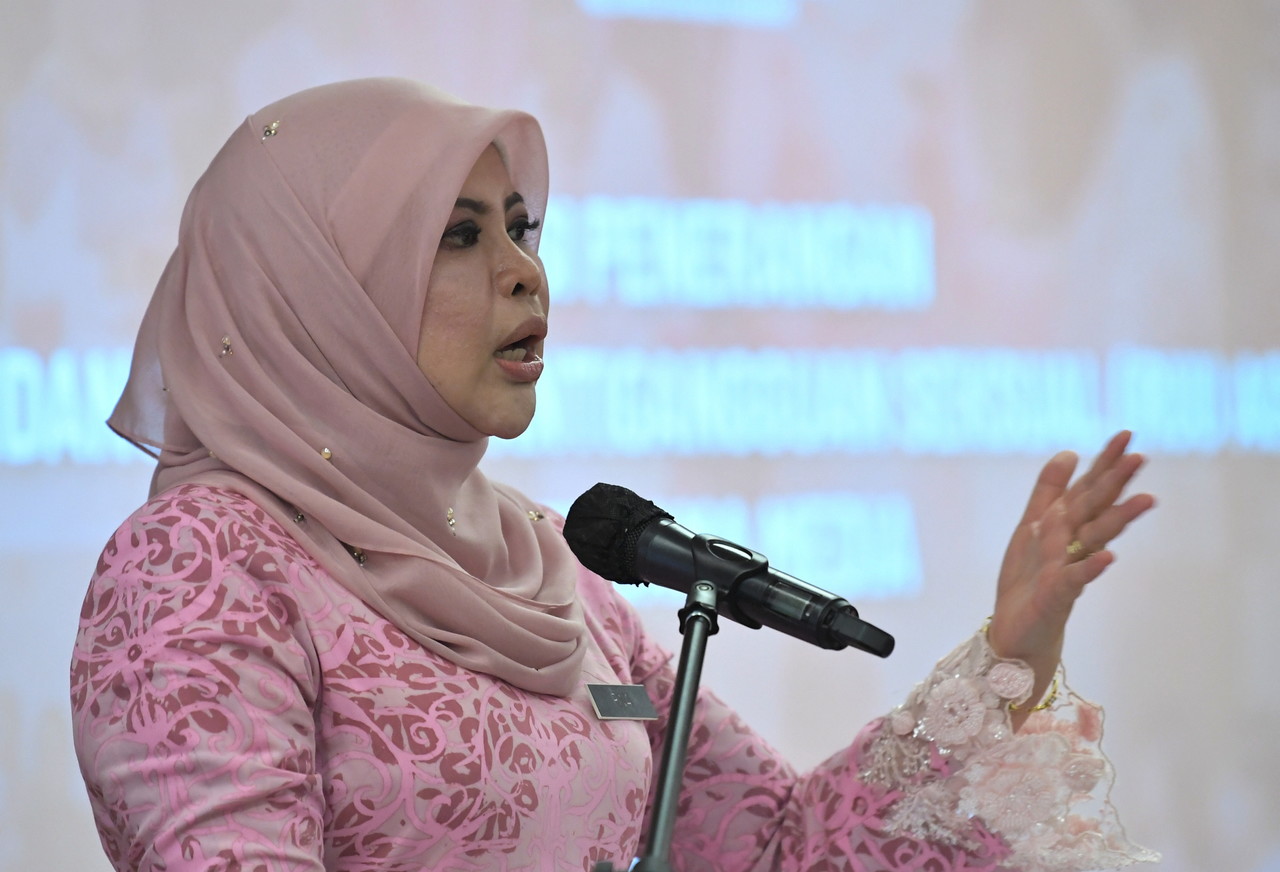 Rina said it would start with advocacy which is to provide awareness, education, and understanding about the Bill to the community. — Bernama photo

KUALA LUMPUR (Aug 12): The Anti-Sexual Harassment Bill (AGS) 2021 which was passed in the Dewan Negara yesterday will be enforced in phases after receiving the approval of the Yang di-Pertuan Agong Al-Sultan Abdullah Ri’ayatuddin Al-Mustafa Billah Shah.

Women, Family and Community Development Minister Datuk Seri Rina Harun said this would start with advocacy which is to provide awareness, education and understanding about the Bill to the community and this would be carried out through a nationwide tour.

“What is unique is, this Bill, which has 27 clauses, may take effect in phases, depending which needs to be enforced first.

“Once it is gazetted, we will establish the rules and guidelines,” she told a press conference at the Parliament Building yesterday.

She added that the Anti-Sexual Harassment Tribunal which will start off in the Klang Valley would be expanded to other states and districts as and when needed.

Rina said the clause in the Bill also provides that the tribunal may sit anywhere and at any time should the need arise.

She said according to clause 4 of the Bill, the tribunal panel shall comprise a president and deputy president who are appointed from among members of the legal and judicial services.

“In addition, there will be no less than five other members consisting of people who are members or have held positions in the judicial or legal service and advocates and solicitors appointed must have no less than seven years of experience,” she said.

Earlier, the Dewan Negara passed the AGS Bill 2021 which was to provide for a right of redress for any person who has been sexually harassed, the establishment of the Tribunal for Anti-Sexual Harassment, the promotion of awareness of sexual harassment, and to provide for related matters. — Bernama