Wednesday, October 5
You are at:Home»Columns»Just another point of view»‘Elvis’: A film review — As good as it gets! 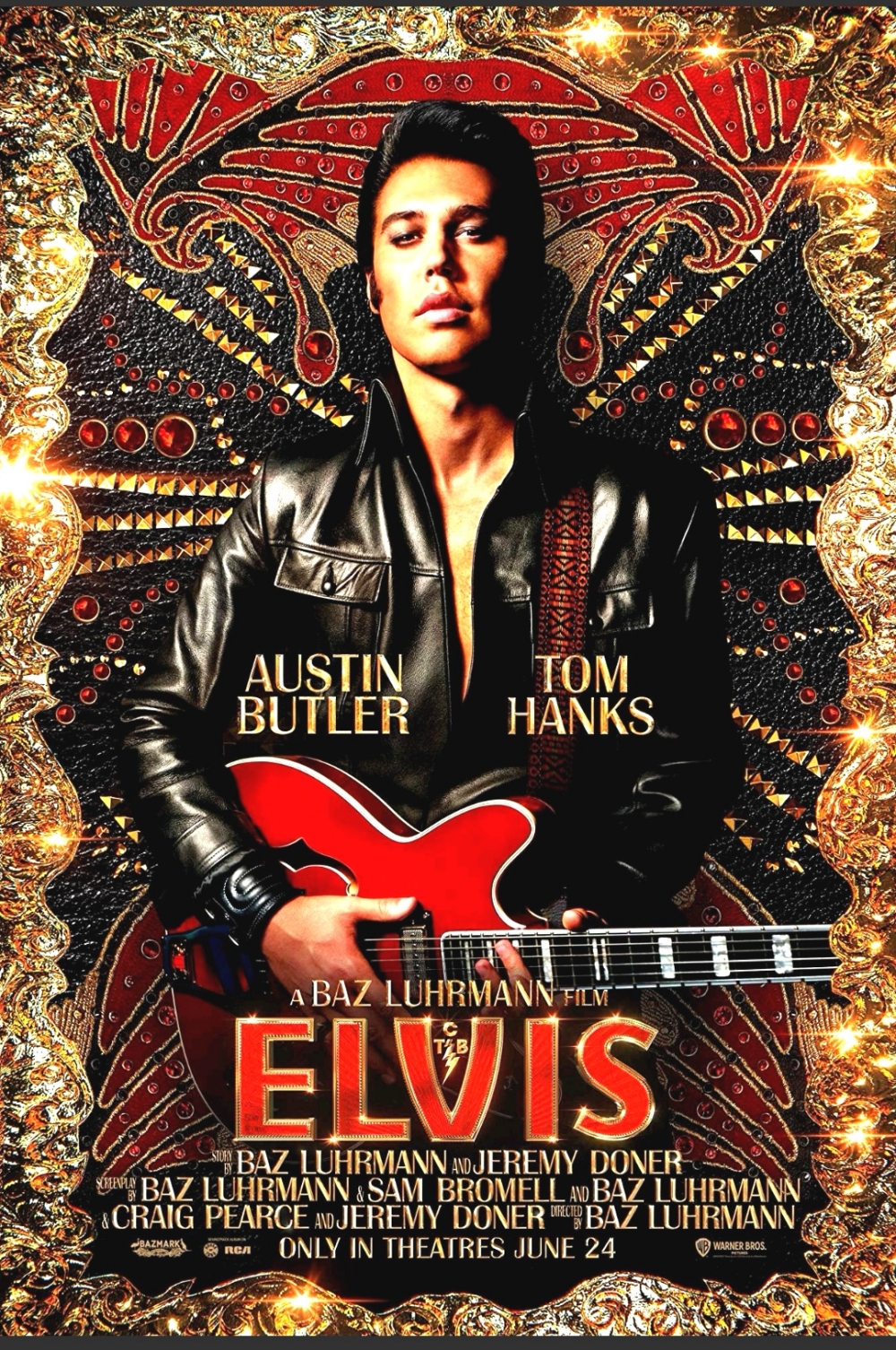 At last count, there have been no less than 14 films made about Elvis, from pure documentaries to dramatised movies featuring stars like Kurt Russell, Jonathan Rhys Meyers, Bruce Campbell, Don Johnson and David Keith.

Elvis himself had made 33 feature films, with two concert documentaries during this long career from 1956 (Love Me Tender) to 1970 (Change of Habit).

I just watched it a couple of nights ago on a widescreen TV with a great surround system, and here’s my personal review.

Only a grandiose showman of a director like Australian Luhrmann could have brought to screen the ultimate movie biopic of the most famous and most popular Rock & Roll singer and later film star, and shown artiste like Elvis Presley to the screen in such a display of widescreen populist and critically-acclaimed event – a two-hour-39-minute stupendous re-telling of the poor Tupelo white boy, who brought a new sound combining the Mississippi blues, black gospel and rhythm & soul and had singlehanded created the music known as Rock & Roll in 1954.

Luhrmann, previously known for his great successes in ‘Romeo & Juliet’ (Leonardo DiCaprio), Moulin Rouge (Nicole Kidman), The Great Gatsby and Australia, among other films, was not just a big Elvis fan himself, but he also managed to sign on the world’s biggest star Tom Hanks for US$8 million to star as a villain (that of Colonel Tom Parker, Elvis’ manager), and had waited almost a year for him to recover from a bout of Covid-19 and the pandemic to ease, before location-filming had started in Australia’s Gold Coast in Queensland.

The results are, to say the least, rather spectacular! 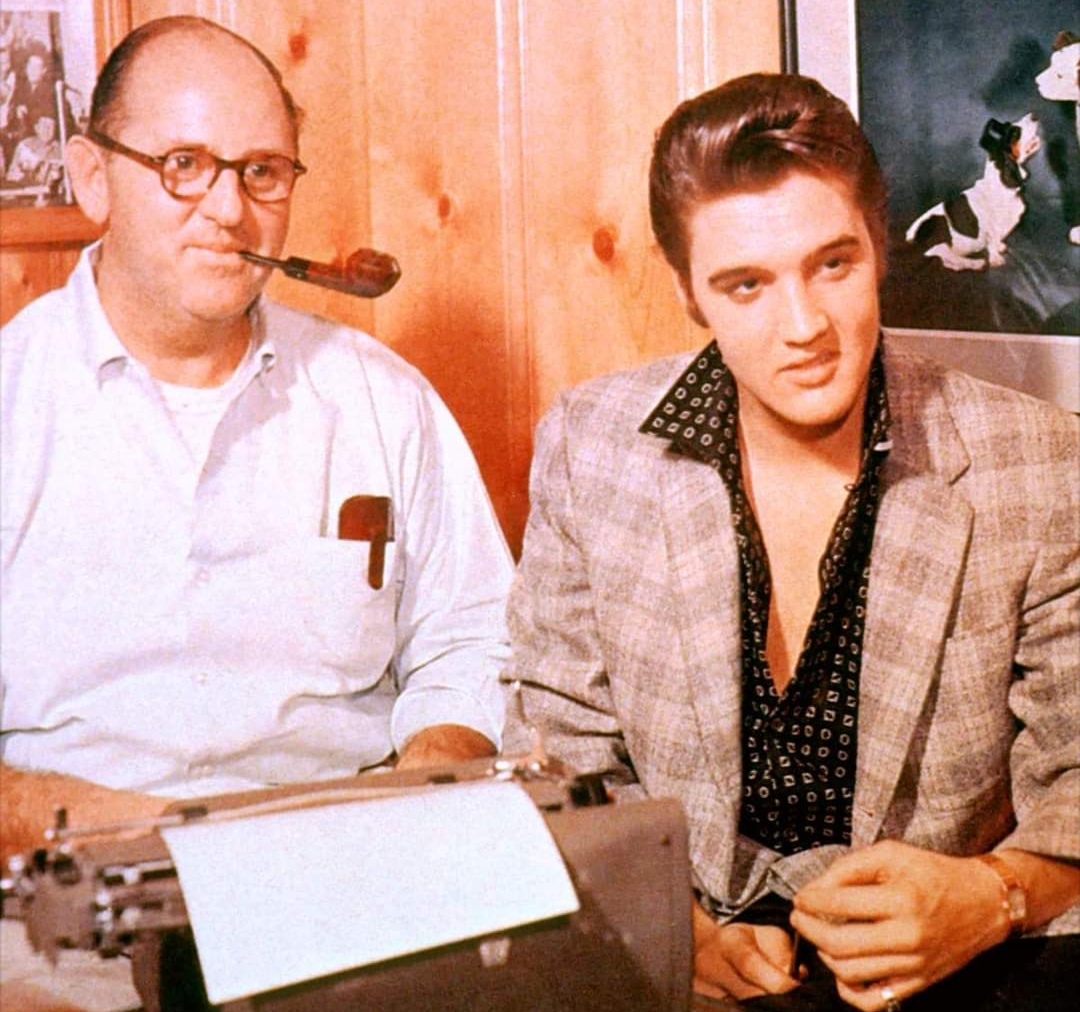 A young new actor, Austin Butler, was brilliantly cast as Elvis, and the film was budgeted at an astounding US$85 million.

As at Aug 10, 2022, it had a global box-office return of US$252 million, making it the second highest-grossing music biopic after Bohemian Rhapsody.

The original movie soundtrack has been at No 1 on both the US and the UK charts with Spotify reporting a 67 per cent surge in the streaming of Elvis’ recordings across the board.

Luhrmann had astutely managed to both recreate and update most of Elvis early hits of the 1950s and 1960s and had given them new life by revamping and re-styling them (he made full use of the latest state-of-the-art Dolby Atmos new app creation) to make everything sound fresh and brand new (and LOUD!) with a new wave of singers and artistes like Doja Cat, Eminem, CeeLo Green, Maneskin, Kacey Musgraves , Yola and Shonka Dukureh!

His main star Butler himself was able to sound like a young Elvis when he did some of his own on-screen singing. His magnetism was immediate, appealing – even Priscilla Presley sang his praises during the world premiere on June 24 at the Cannes Film Festival.

Elvis’ ‘It’s Now or Never’ was released in July 1960; I had heard it over Radio Sarawak probably sometime in August (it took at least a month or so before 45rpm single vinyl records were received by our radio stations then).

I was all of 10 years old, and it was the song that made me an Elvis fan for life. Prior to that, I was listening mostly to pop singers like Paul Anka, Connie Francis, Pat Boone and The Platters.

When the single arrived in Kuching, probably sometime in August 1960, I had rushed to my regular record store Tai Chey at India Street Kuching to buy a copy – I think it cost me $1.80 then.

It was only the second single I’ve ever bought thus far, the first being Paul Anka’s ‘My Home Town’, which was purchased in May that year, three months earlier.

In October 1961, Elvis’s ‘Blue Hawaii’ movie soundtrack became the very first 12-inch LP album that I had ever bought; I recall it had cost me $7.80, quite a princely sum in those days!

I probably wore out the grooves eventually, and transitioning over the years to music-cassettes, CDs, DVDs and whatnots (except for eight-track).

I’ve owned every permutation of it since; plus all the other 23 studio albums, eight live albums and 18 soundtrack albums that Elvis had ever recorded.

Yes, a rather small fortune!

So yes, I’m a big fan, but not just that. I was also the President of the Official Elvis Presley Fan Club of Malaysia for the years 1966 to 1969, sanctioned by Tom Diskin (his character had a small scene in the movie) the PA/Secretary of Elvis Presley Enterprise/Col Tom Parker at the time.

Back to the movie.

No producer or director alive could really do full justice to Elvis, whose short life (he died on Aug 16, 1977, at age 42) was crammed full of excitement, musical innovation, showmanship and mystery – a man with a golden voice, which ran the gamut of blues, folk, country, rock, operatic and pop – even as witnessed at the very last scene in the movie, which was a real live footage of his final performance of ‘Unchained Melody’ that he had never lost the magic of his unique, singular and powerful vocals.

The running time of the movie, of two hours 39 minutes, appears to be very long, but once the story starts, it moves at such a fast, frenzied pace (Luhrmann’s background in music videos for MTV showed).

I was left bedazzled and fascinated, even though I know the story of Elvis (and the Colonel) six ways to Sunday. The first 45 minutes or so had felt rather rushed to me, as if the director wanted to get to the juicier parts of the mid-point story – that of the Colonel’s end-days relationship and the downfall of Elvis once he got into the Las Vegas circuit rut.

However, it was extremely well-crafted and the casting of the young boy Elvis as well as the major supporting characters; eminently BB King, Big Mama Thornton, Sam Philips and Marion Keisker (at Sun Records), and of course, Vernon and mother Gladys (for which he named his mansion Graceland after).

Luhrmann had also shown a side and a strong influence on Elvis hitherto lesser known – of his relationship and how he was greatly affected by the black Negro music and performers of the time and the southern part of the Mississippi.

Writer Michael T Bertrand, in his book ‘Race, Rock and Elvis’, had said: “Elvis represented a generation that came up at a time when there was a lot of change going on in the South. They were the first white kids consuming rhythm and blues – that’s a breakthrough and there are huge ramifications in that.

“Elvis introduced a larger audience and a larger group of people to a culture that had been behind the veil of segregation. It opened up society in a positive way.”

Eventually, the manipulative manager (who had taken 50 per cent of all Elvis’ earnings) in Colonel Parker had held sway in the paths that Elvis were to take, the 31 Hollywood movies and the endless churning out of the same-old throwaway songs from the movie soundtracks; until the revelatory and sensational comeback of the 1968 TV Special, which had rejuvenated his career all over again. (From left) Luhrmann with the main stars, DeJonge, Butler and Hanks.

I would have liked to see the movie delve more into Elvis’ personal relationships with his family, especially his parents, the ‘Memphis Mafia’ and of course Priscilla, his wife of six years: her role was ably played by Olivia DeJonge, a close likeness in looks. Also his creative working years on the big successes of his 1960s studio albums and his gospel recordings – he had cut four LPs, one EP and six singles; and all three of his Grammy Awards were for his gospel recordings.

I am in awe of Luhrmann’s selection of the songs that he had personally picked for the movie too – imagine his headache, to select just 33 tracks from a lifetime archive of more than 700 songs!

Certainly, he had not included many of my personal favourites, but his selection proved that he indeed was a maestro of the silver screen; he knows what works on screen and what doesn’t.
I’d give the movie a full 5-Star rating for everything that’s shown on screen.

‘Elvis’, the Baz Luhrmann’s creation, is simply magical, loudly musical and a true and well balanced retelling of the Presley enigma, legend and icon.
Hanks was a hoot!

Try and watch it soon – on a streaming platform, or buy a copy of the DVD, or get it downloaded from the Internet!

It’s pure 159 minutes of escapist entertainment – a musical with a fairy-tale story; there’s a ‘King’, a ‘Queen’, a ‘Princess’ and of course, a ‘Knave’ to boot.

But the most astounding thing is, it’s all true!