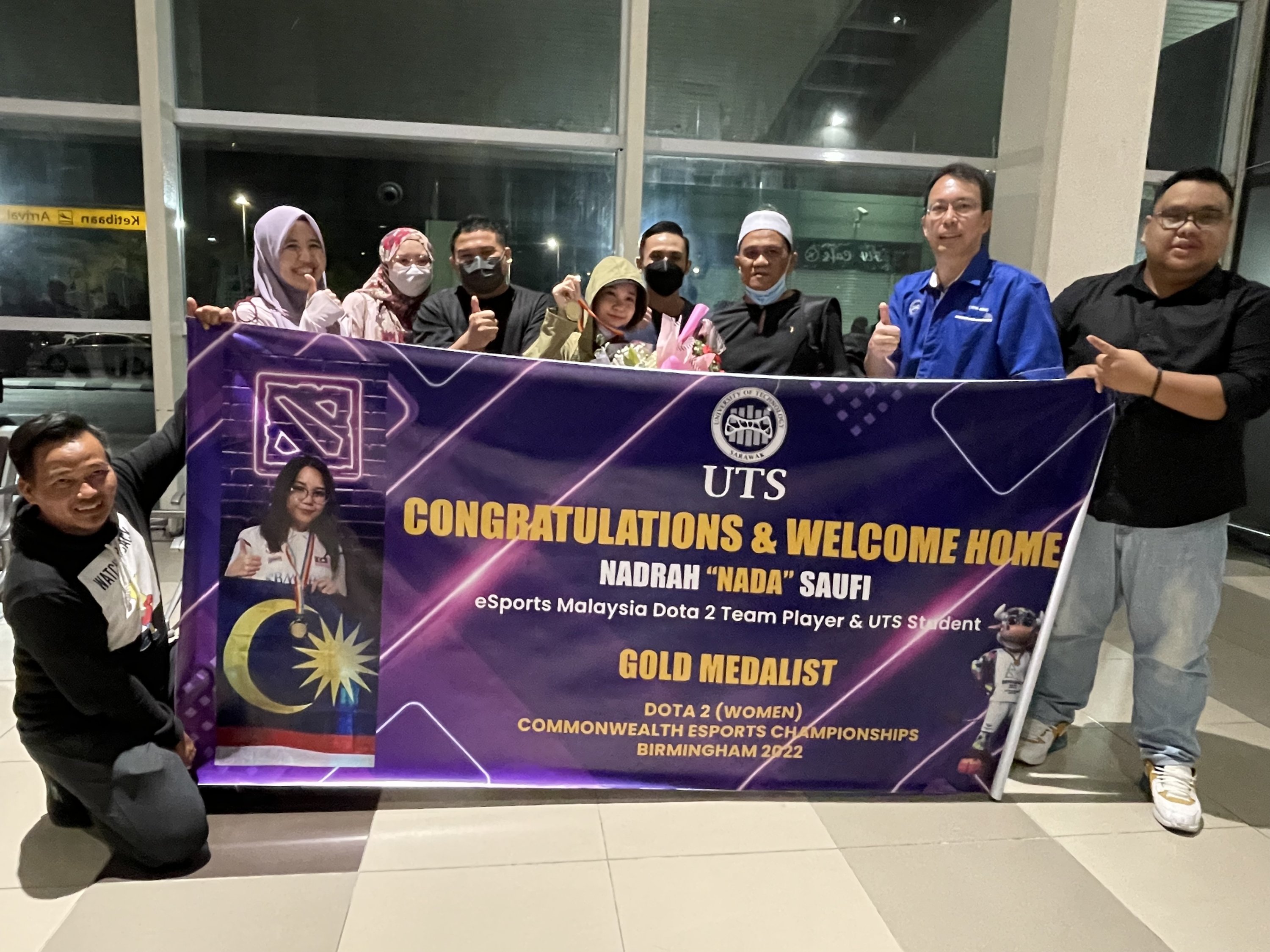 Nadrah (standing, fourth left) takes one for the album with Saufi (standing, sixth left), Lu (second right) and others.

Nadrah landed in Sibu at 9.30pm and was welcomed by staff and friends of University Technology of Sarawak (UTS).

The trailblazer became the first female Sarawakian gamer to bag a gold medal in Dota 2 after her team bested the English team at the inaugural CEC 2022 at the Commonwealth Games in Birmingham, England recently.

The 25-year-old gold medalist is currently undertaking a Bachelor of Technology Management course at UTS.

Among those welcoming her were UTS Head of Student Development and Service Department Lu Yew King, her friends and members from Pesaka Bumiputera Bersatu (PBB) Youth wing.

When met, Nadrah’s father Saufi Sepawi, 59, told reporters he was very happy with her achievement and happier still she achieved it for Malaysia and UTS.

“This game (Dota 2) is not just about playing but it is about your mind — about strategy,” he said.

He added he has never worried about Nadrah as she balances and manages her time between gaming and studying very well.

Previous Article‘We are part of ‘Keluarga Malaysia’ too’: Born abroad to a Malaysian mother, a daughter’s decades-long struggle for citizenship
Next Article Hamzah chides ‘arrogant’ Umno faction calling for snap polls, warns that Perikatan may ‘take over’ control of country