Thursday, February 2
You are at:Home»News»Sarawak»Riot: Bridge will enable villagers to cross Batang Sadong safely
For the freshest news, join The Borneo Post's Telegram Channel and The Borneo Post on Newswav. 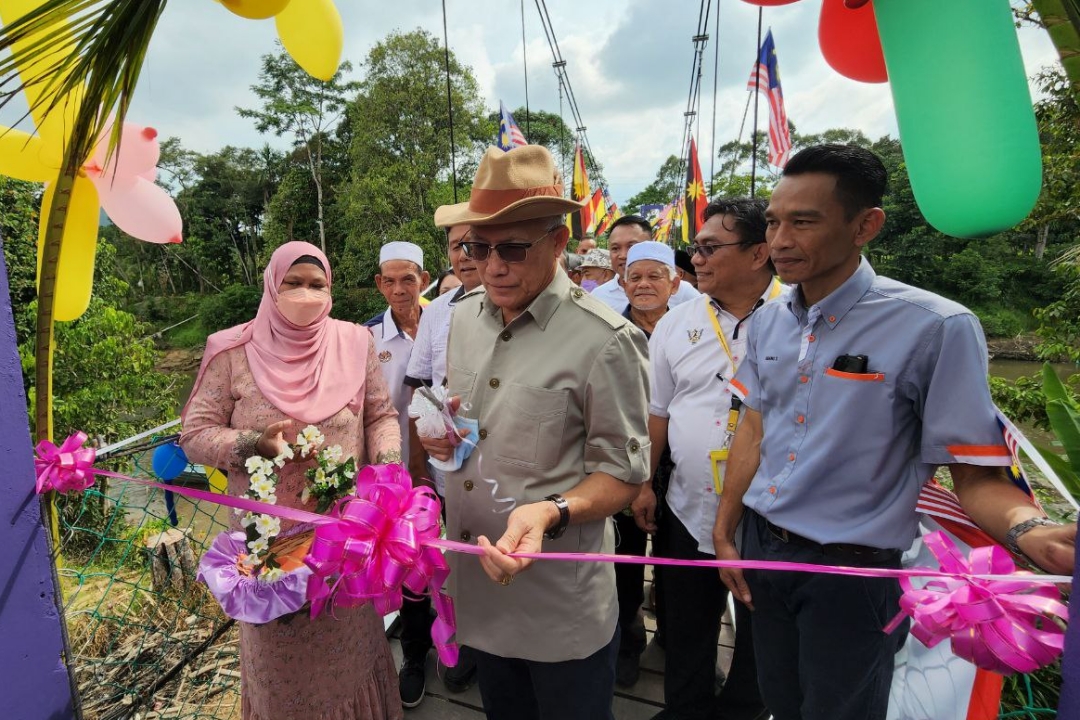 It will not only benefit the villagers in Kampung Hulu Serian but also those from nearby villages, said Serian MP Datuk Seri Richard Riot Jaem.

“Previously, the village folks had to cross the river when bringing the deceased to a cemetery located at the opposite side of the river.

“When the village chief applied for the bridge, we immediately took action. So today, I’m grateful to be able to witness the completed suspension bridge, and we hope this will be beneficial to the locals, especially for Kampung Hulu Serian,” he said when met by reporters during his visit at the bridge in the village here yesterday.

Riot said the construction of the bridge began on Oct 13 last year and was completed on Apr 12 this year, involving a cost of almost RM300,000.

As such, he expressed his gratitude to the state government for allocating the sum to construct the bridge.

It is learnt that the suspension bridge is part of Projek Rakyat and it is built with ‘belian’ decking with a length of 60 metres.

Previous ArticleNo problem at all for foreigners to seek medical treatment in Sarawak, assures minister
Next Article Poll: Not necessary for Sarawakians to celebrate National Day