Friday, February 3
You are at:Home»News»Sarawak»Sagah: Serian to host 4 major tourism events this month, Sept
For the freshest news, join The Borneo Post's Telegram Channel and The Borneo Post on Newswav. 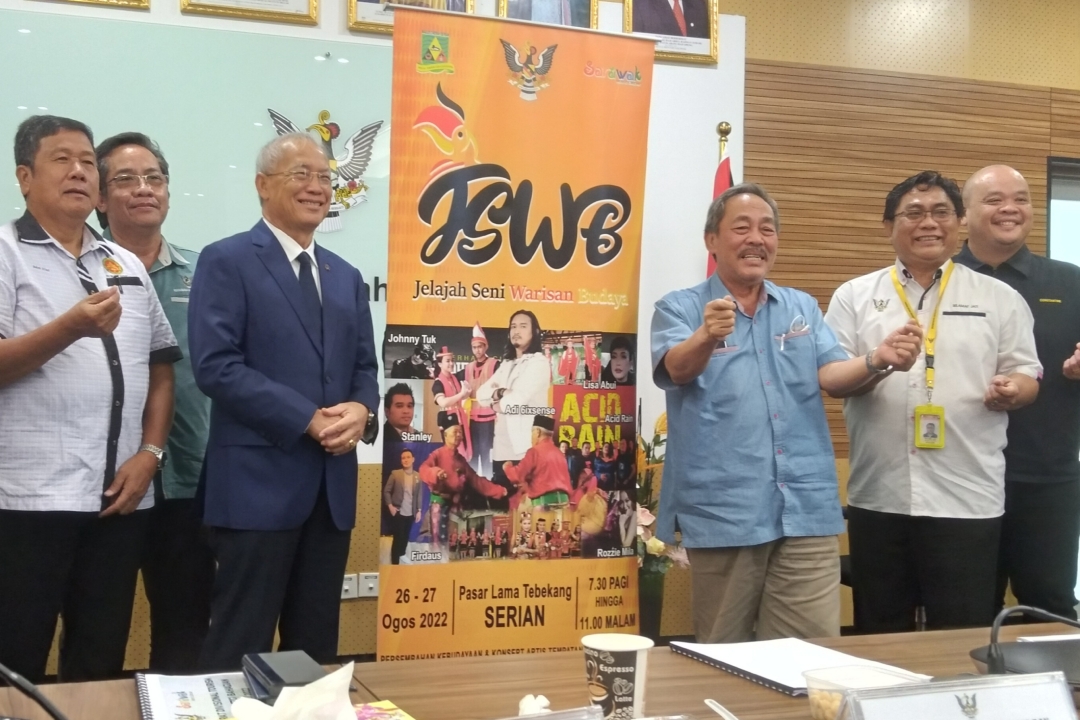 KUCHING (Aug 13): Four major tourism related events will be held in the Serian Division this month and September.

The events will be organised by the Serian Divisional Tourism Task Group.

And coming up soon is the ‘Jelajah Warisan’, to run from August 26 to 28, said Minister of Education, Innovation and Talent Development, Datuk Roland Sagah Wee Inn.

He said the ‘Jelajah Warisan’, which will showcase local culture and art, will be held at Kampung Tebakang Dayak.

This will be followed by the Bung Sadong climbleton challenge, which will start from Kampung Bunga, on August 28.

“At the event, the participants will climb Mount Sadong in Tarat. For the information of those who want to participate, from Mount Sadong they will be able to see the whole of Kuching City,” he said.

“Before, the response to the Mount Sadong Climbleton Challenge was very good. It was initially started by the villagers themselves, and now we are bringing in the Serian District Council to help out as facilitators,” he told a press conference after chairing the Serian Divisional Tourism Task Group meeting.

Sagah, who is Tarat assemblyman, said the much awaited event will be the Pesta Danu, which will be held from September 30 to October 9.

He said various interesting activities will be organised, which include the ‘Ratu Danu’ and body building contest besides showcasing the local culture, art and food or delicacies.

“The highlight of the festival will be the Serian International Remote Control Boat Carnival (SIRCC), scheduled to be held at Lake Danu from Sep 4 to 5.

“The SIRCC had always attracted participants from foreign countries, and we expect it to be the same this year,” he said.

Sagah said they had actually lined up six major events this year, with two having been successfully organised – Serian eco-run in June and Serian rafting challenge in July.

He said the response to both earlier events had been very good, thanks to all government departments and agencies in Serian, especially the Serian District Council, the facilitator of the events.

He also thanked all the selected representatives in Serian, saying their support had in one way or another contributed to the successfully held events.

“In fact, these six activities used to be our annual events but because of the Covid-19 pandemic, we had to take a two-year break.

“Now, the situation is getting better, we will continue with the activities that are related to tourism in Serian,” he said.