Wednesday, October 5
You are at:Home»News»Nation»University and bank for women among Wanita BN resolutions for GE15, says its chairman 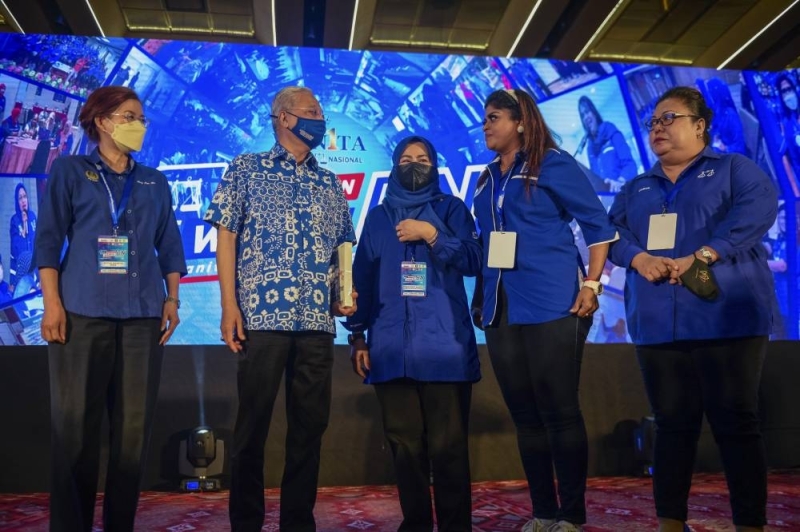 KUALA LUMPUR (Aug 14): The setting up of a university and a bank for women is among six resolutions proposed by Wanita Barisan Nasional (BN) as the coalition’s new offer to the people in the 15th general election (GE15).

Wanita BN chairman Datuk Seri Noraini Ahmad said the movement also proposed that women with children up to two years old be given the option and flexibility to work from home to facilitate childcare arrangements without having to take salary and allowance cuts.

“Another thing that Wanita is concerned about is the unsolved issue of automatic citizenship for children born abroad to Malaysian women.

“We appeal to the government to amend the Federal Constitution so that the word ‘father’ under Article 14(1)(b) of the Constitution and Section 1(b) Part II of the Constitution be extended to include ‘mother’ or be changed to “parents,” she said in her adjournment speech at the Wanita BN convention here today.

Noraini, who is Wanita Umno chief, said the resolutions gathered from the pre-convention conducted in 13 states also suggested Special Education Assistance and a more flexible registration process to ensure that children who dropped out can return to school.

She said Wanita BN also proposed a rebranding of the Supplementary Food Programme by extending it to all needy students instead of being limited to the B40 group.

Noraini said Wanita BN is maintaining its stand that 30 per cent of candidates in GE15 should be women, an issue it has been championing from before.

“In fact, I don’t think Wanita is asking for too much by proposing that the government amend the Federal Constitution to stipulate that every party must field at least 30 per cent female candidates to be eligible to contest in a general election,” she said.

She also said Wanita BN always supported the struggle to empower women and achieve the goal of having 30 per cent women participation among national policymakers.

She said a reality check showed that women in Malaysia were still lagging behind and had yet to reach this target.

The resolutions were handed over to Ahmad Zahid to be brought for discussion by the top leadership of BN before they are submitted to the government.

Previous ArticleZahid: Not appropriate to hold GE15 next year
Next Article Iraq’s Garden of Eden now ‘like a desert’