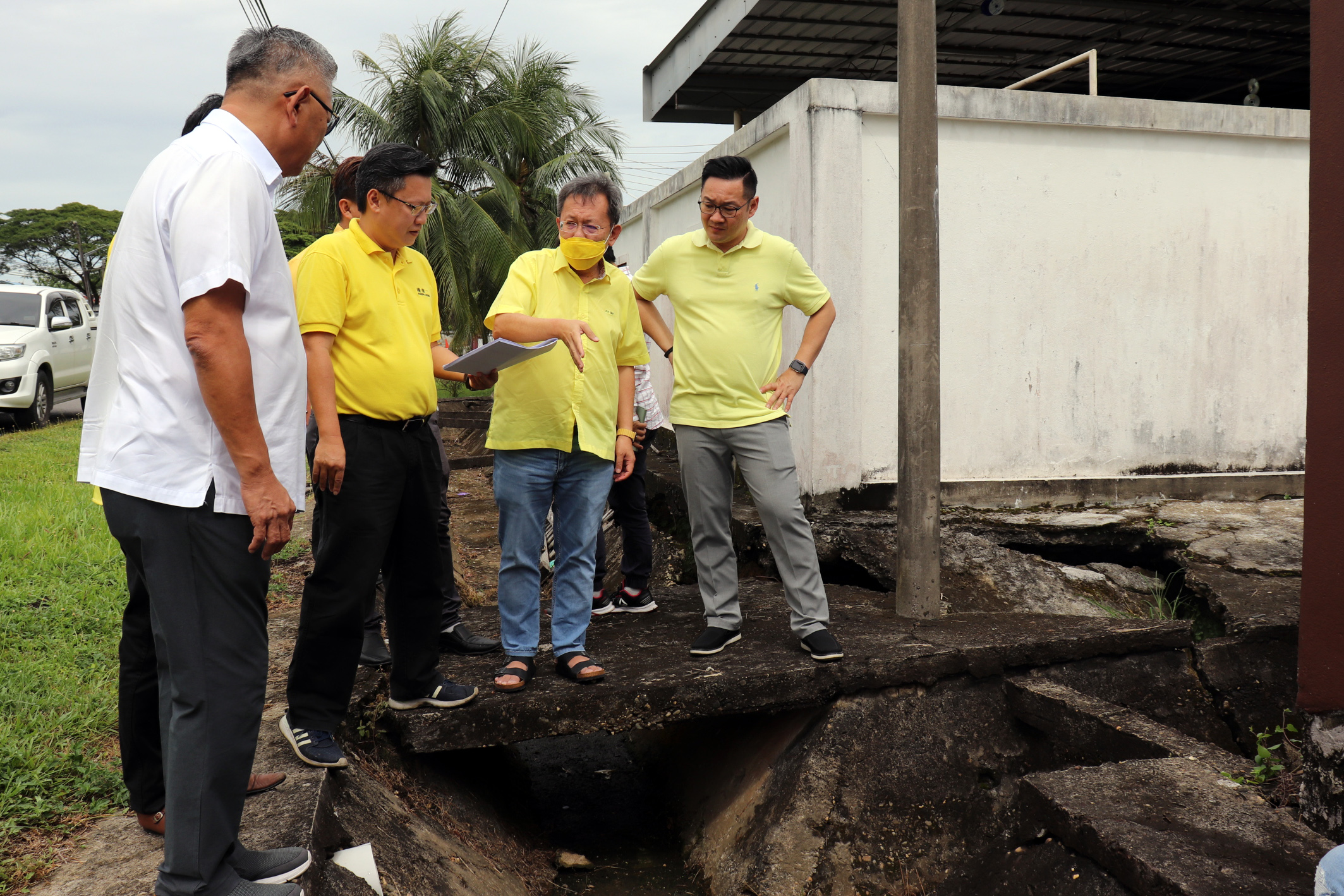 Dr Sim (second right) highlights a point during the inspection on a drain at Jalan Perpati. With him are (front, from left) Ting, Chieng and Tiang.

“The renewal plan covers 500 acres and looking at this size, it is very challenging. We need to manage the waters, the buildings, the houses and the drainage; that is why we need all sorts of expertise for the redevelopment.

“We are also very hopeful that all the places that we have visited overseas would be very willing to help even though we are from the jungle of Borneo. The project will take time, but the commitment is there.

“The initial funding of more than RM1 billion has been set aside,” he told reporters when met during an inspection on the drainage upgrading project site at Jalan Pipit here yesterday.

Earlier, Dr Sim said the decision by the state government to engage international consultants for the Sibu urban renewal plan was not because it overlooked the local consultants.

“The Sibu urban renewal plan is a huge project. Because of its scale, the Premier, after two briefings by local consultants, decided that we should get international expertise for the project.

Dr Sim said many were cynical about the implementation of the project, questioning the need to engage international consultants for it.

“The two local consultants had presented their briefings on flood mitigation and Sibu redevelopment to the Premier in January and July this year.

“The Premier, after the briefings, decided that we would have to get international expertise because we would not want to keep it (project) dragging on,” he clarified further.

Later, Dr Sim inspected drains at Lorong Brother Albinus 11 and Jalan Perpati, which he said would be upgraded under similar projects.

His team also inspected the progress of Taman Selera Muhibbah upgrading project, which should reach completion by this December.

All four projects, costing RM1.6 million, are funded by the federal government under the purview of the Ministry of Housing and Local Government.

Previous ArticleReplacing steel and concrete with wood?
Next Article Not impossible for GPS to win big in GE15, says Abd Karim