Sunday, October 2
You are at:Home»News»Crime»Youths arrested in Sibu for performing dangerous motorcycle stunts during traffic ops 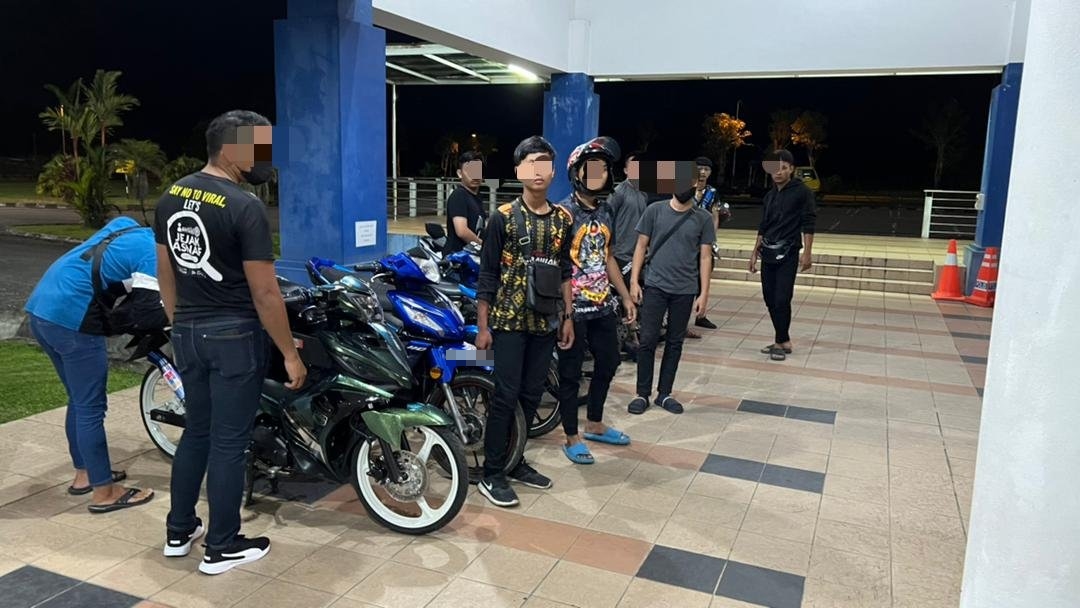 The youths who were arrested and the seized motorcycles during the operation last night.

SIBU (Aug 15): Two male youths were arrested for performing dangerous motorcycle stunts on the road during the ‘Op Samseng Jalanan’ which was conducted at Jalan Bujang Suntong here from 9.30pm last night until 2.30am this morning.

Sibu police via its official Facebook account ‘Polis IPD Sibu’ said the two youths aged 18 and 21, are being investigated under Section 42 (1) of the Road Transport Act 1987.

“One of the youths was also found to be using a fake motorcycle registration number and he is being investigated under Section 108 of the same act,” it added.

Meanwhile, Sibu police said a total of 44 summons were issued to motorists for various traffic offences during the operation.

“Eight motorcycles were seized under Section 64 of the Road Transport Act 1987,” it added.