Tuesday, February 7
You are at:Home»News»Sarawak»Abg Jo projects Sarawak to have RM100 bln injected into economy by 2030
For the freshest news, join The Borneo Post's Telegram Channel and The Borneo Post on Newswav. 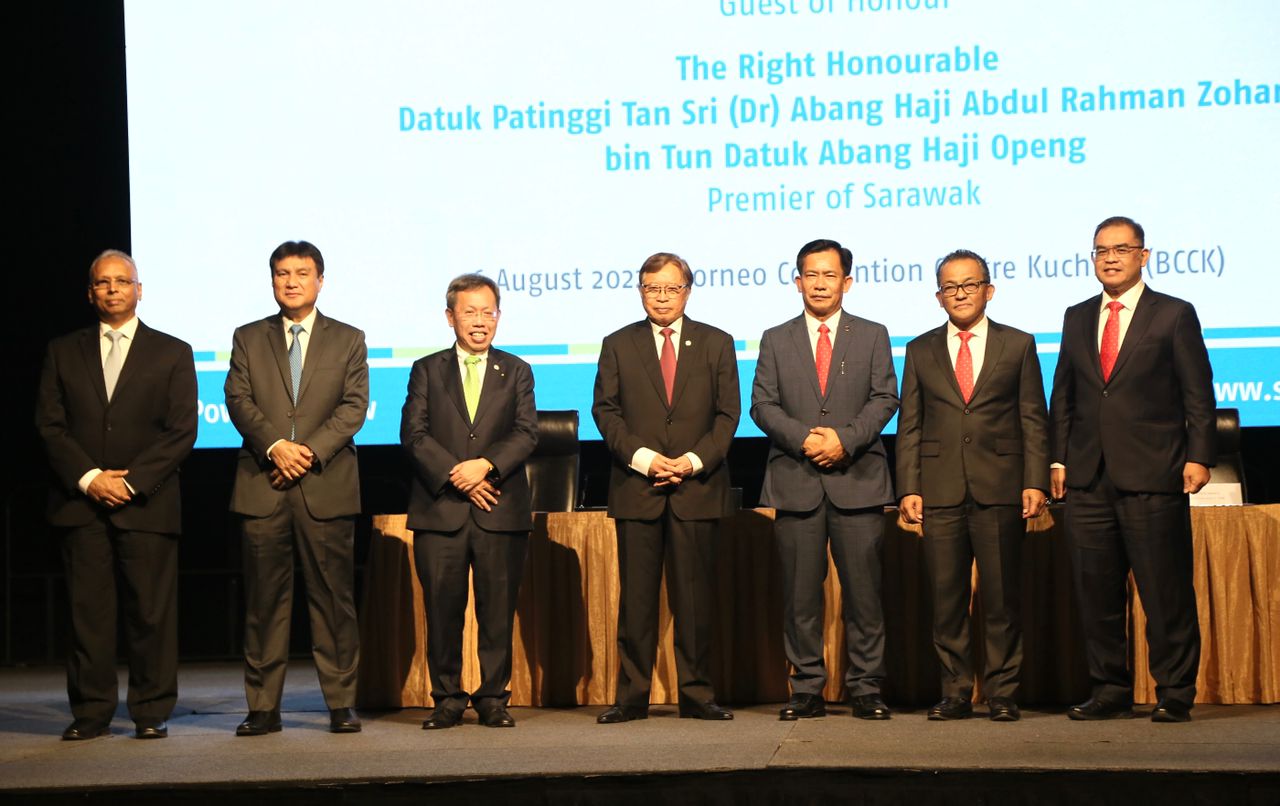 KUCHING (Aug 16): Premier Datuk Patinggi Tan Sri Abang Johari Tun Openg has projected that Sarawak will have an estimated RM100 billion that will be injected into the economy by the year 2030.

He said this was following the numerous investments that will contribute to the state’s economic growth.

“Previously, I mentioned that we had estimated that the injection of capital into Sarawak’s economy will be roughly RM64 billion in order to achieve a (gross domestic product) growth rate between six and eight per cent per year for the state to achieve a developed economy with high income by 2030.

“As of now, I feel that the RM64 billion we estimated is conservative because we have companies such as Sarawak Energy which are going to inject RM40 billion up to the year 2026.

“That is not including the investments in our hydrogen plant from Sumitomo and Samsung which will be another few billion Ringgit,” he said at the Memorandum of Understanding (MoU) signing ceremony between Sarawak Energy and Construction Industry Development Berhad (CIDB) at Borneo Convention Centre Kuching (BCCK) today.

“One plant is roughly about US$6 billion so two plants would be US$12 billion which is equivalent to around RM50 billion,” he said.

He pointed out that with more investments coming, this would mean a higher demand for skilled and competent workers.

“There will also be a lot of demand for good contractors that can deliver,” he said.

Earlier in his speech, Abang Johari said the enhancement of Sarawak’s local skill-pool will pay great dividends for other local infrastructure developments thus enabling the progress towards becoming a developed state by 2030.

“There are vast developments taking place across the state, which require skilled and competent Sarawakian workforce to meet the workforce demand and to ensure timely delivery of the development projects.

“This need was made very evident during the Covid-19 pandemic, when we faced significant shortage of workers due to non-arrival of foreign workers caused by Covid-related restriction and this has led to project delays,” he said.

He said the training of local workers will prevent such delays from happening again in the event of a future crisis of similar nature as the state will be fully prepared with a sufficient local competent workforce.