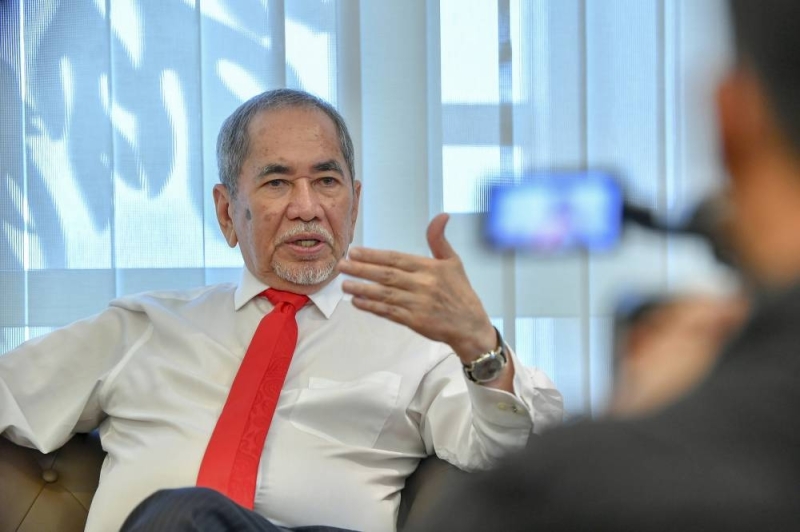 PUTRAJAYA (Aug 16): The Constitution (Amendment) (No.3) Bill that prohibits Members of Parliament from switching parties will be presented to the Yang di-Pertuan Agong Al-Sultan Abdullah Ri’ayatuddin Al-Mustafa Billah Shah for approval soon.

Minister in the Prime Minister’s Department (Parliament and Law) Datuk Seri Wan Junaidi Tuanku Jaafar said after it is approved by the Yang di-Pertuan Agong, the Bill would be gazetted for implementation according to the targeted timeline which is the first week of September.

“After receiving the royal assent, the Bill will be returned to the Legal Affairs Division (BHEUU) and the Attorney General’s Chambers to be formatted and the new bill format will again be presented to His Majesty for a second approval,” he told a press conference here today.

Once the royal assent is given, Wan Junaidi said Prime Minister Datuk Seri Ismail Sabri Yaakob will issue a notification letter to all mentri besar and chief ministers to inform the states of the amendments to the Eighth Schedule of the Federal Constitution.

This will allow all the state legislative assemblies to amend their State’s Constitutions, by including the provisions prohibiting members from switching parties, to be in line with the Eighth Schedule of the Federal Constitution as approved in the Dewan Rakyat and Dewan Negara.

“We want the states to follow our format accordingly so that the federal and state laws are the same.

“We are afraid that a difference in wordings will give rise to conflicting interpretation between the federal and state laws, he said.

Wan Junaidi said engagement sessions with the states will be held for the purpose of standardisation with federal law under Article 71 of the Federal Constitution.