Sunday, October 2
You are at:Home»News»Sabah»Dry ginger powder factory to be built in Tambunan 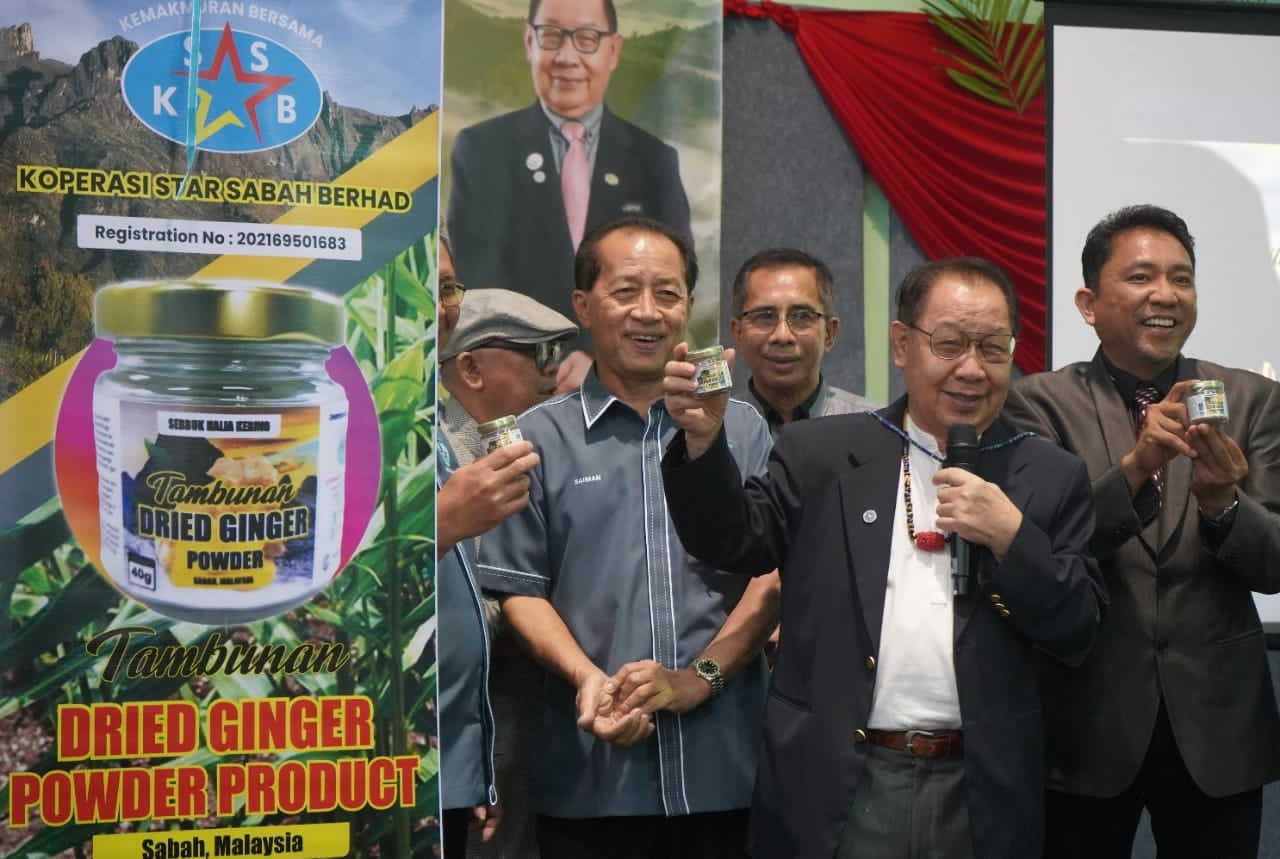 KOTA KINABALU (Aug 16): A factory to process dried ginger powder will be built in Tambunan to centralize the local market for ginger grown in Sabah.

Deputy Chief Minister Datuk Seri Dr Jeffrey G Kitingan said the factory is in the final stages of planning which will be jointly developed by Matang Wawasan Enterprise and Koperasi STAR Bhd.

“In addition to centralizing the Sabah farmers’ ginger market, the factory will also process and package dry ginger powder for the local and foreign markets,” he said.

Jeffrey, who is also the Minister of Agriculture and Fisheries, said this when launching the Tambunan dry ginger powder pilot product at Sokid Villa on Monday, which was produced by the two business entities.

According to Jeffrey, the construction of the factory is one of the government’s efforts to help farmers sell ginger at prices according to the market while producing ginger products efficiently.

He hopes the factory can help to buy the products of ginger growers from several districts including Tambunan, Kota Marudu, Kota Belud and Lahad Datu.

“Sabah’s gingers are sent to processing factories in the peninsula which will then be sent back to Sabah for the market.

The pilot product, Tambunan Dried Ginger Powder, packaged in a small bottle is promoted with an introductory price of RM40.