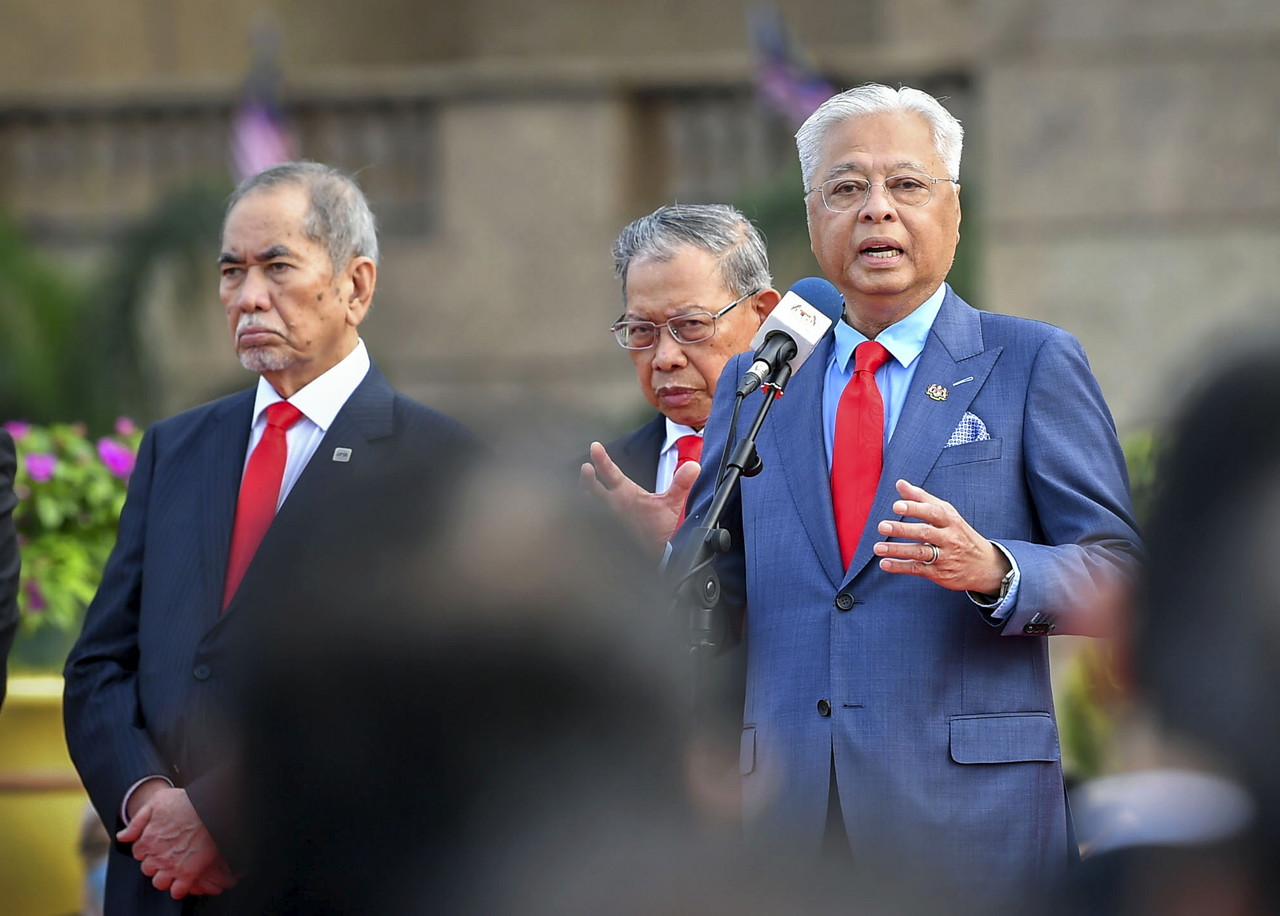 Ismail Sabri (right) speaks during a meeting with the staff of the Prime Minister’s Department at Dataran Perdana Putra in Putrajaya today. Also present were Wan Junaidi (left) and Mustapa. – Bernama photo

As such, he said, it would be apt for civil servants to defend the government against any allegation  and slander that said the government under his administration has failed.

At a meeting with the staff of the Prime Minister’s  Department (JPM) here today, Ismail Sabri said civil servants should defend the government by looking at him as the head of the government and not as a political party leader.

During the meeting, Ismail Sabri shared with his staff on the government’s successes, which included achieving a Gross Domestic Product (GDP) which recorded a growth of 8.9 per cent in the second quarter of this year and the creation of almost  400,000 jobs, as well as recording a trade value exceeding RM2 trillion.

“This government is a joint government, that’s why I introduced the Malaysian Family concept because I want us to think of this government as one family,” he added.

Ismail Sabri said he wants civil servants to work as a family and not in silos.

“I don’t want the old culture of working in silos. We must work together, we have shared responsibilities, we can no longer move in silos, but must work as a family because the silo way will actually cause failure to any action or plan,” he said.

For the country’s economy to improve, Ismail Sabri wants civil servants to reduce bureaucracy towards investors, which he said, was often raised by the group during his visits abroad.

“Many ministries are involved in the same matter and in the end,  causes delay. For investors, traders,  time is very important. Late approval will cause losses to them,” he said, adding that the government has agreed to set up  #MyMudah unit to deal with bureaucratic issues.

#MyMudah unit will be established in all ministries and federal agencies, state governments and local authorities (PBT) to facilitate business dealings across the country.

On the government’s cooperation with the opposition through the Memorandum of Understanding (MoU) on Transformation and Political Stability, Ismail Sabri said it was to enable the government to focus on big things such as political stability and recovery of the country’s economy.

It is through the MoU, the Anti-Party Hopping Bill was passed even though it was hotly debated in Parliament, he added.

“From an economic point of view ,we have succeeded, the Anti-Party Hopping Bill has also been passed unanimously and we will introduce the Political Funding Bill,” he said.

On the separation of power, Ismail Sabri said the government will introduce the Parliamentary Services Act.

He said the government would not have achieved the desired success today  without the support of the civil servants.

“Keep up the good work to help the government solve all problems for the benefit of the people,” he added. – Bernama