Saturday, October 1
You are at:Home»News»Sarawak»Premier: Sarawak govt to roll out assistance to help construction industry players 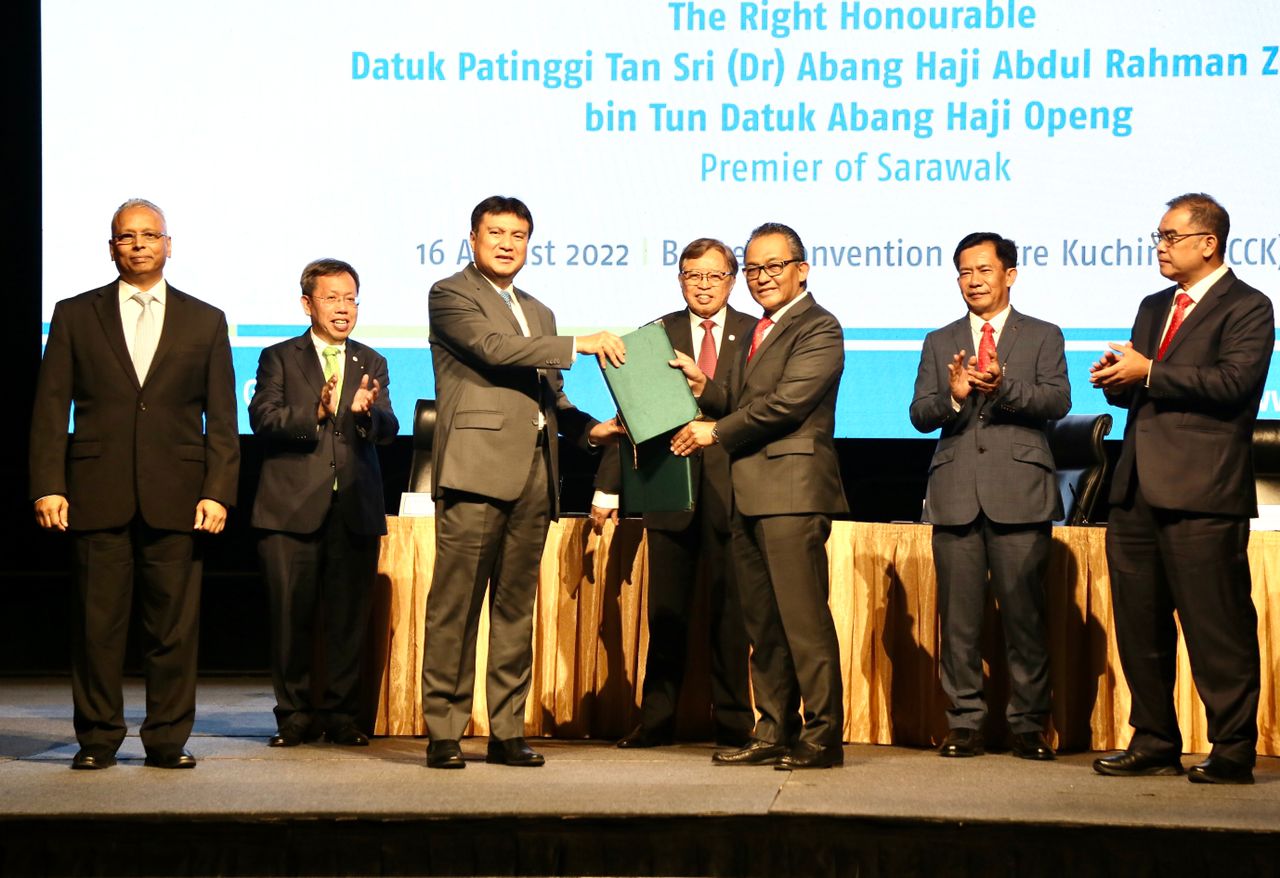 He said he was presently finalising the aid, which will focus on raw material pricing, with the State Financial Secretary.

“Right now, we are facing ‘sick’ projects in the state and I’m going to announce the government assistance in terms of pricing of raw material soon.

“Actually, I was delayed because I was calculating with the State Financial Secretary on how to help our contractors,” he said at the Memorandum of Understanding (MoU) signing ceremony between Sarawak Energy and Construction Industry Development Board (CIDB) at Borneo Convention Centre Kuching (BCCK) today.

On the MoU, Abang Johari said Sarawak Energy was the first government-linked company from Sarawak to sign an MoU with CIDB for competency building through the provision of trade training for the purpose of ensuring compliance to CIDB Act 520.

“This will significantly improve the capacity and capability of our local construction workers, ensuring that they not only meet the development needs of Sarawak Energy but the state at large.

“It will also ensure that they are equipped with the necessary skills to execute works in full compliance with all legal requirements while ensuring the safety of everybody involved,” he said.

He pointed out that by elevating the skills of local workers through training programmes like the ones that Sarawak Energy and CIDB will jointly embark on, this would support the government’s efforts to elevate the people’s standard of living.

“By building up the capacity and capabilities of manpower in Sarawak, local contractors will be able to source workers locally thus easing the burden of having to look for them abroad.

“This will also benefit project delivery, as exemplified by the timely delivery of Sarawak Energy’s substation projects which are largely dependent on our local workforce,” he said.

He said in order to develop a robust and skilled workforce, including those in the construction sector, the federal and state governments have consistently invested in important training facilities such as the Centre of Technical Excellence Sarawak (Centexs) and institutions such as CIDB.

“These facilities and institutions are supplemented by appropriate training programmes, many of which are developed through partnerships between the private sector and government, such as the one that was established between Sarawak Energy and CIDB today.

“Sarawak Energy has been particularly proactive in its efforts to provide development opportunities and support for their employees and contractors – launching internal programmes and searching for collaborations to further this goal,” he said and hoped other corporations will look towards their example and invest in similar initiatives for their own people.

The scope of collaboration under the MoU covers the training, assessment and accreditation of 100 plant and crane operators, 200 scaffolders, and 80 construction site supervisors for 20 Sarawak Energy projects by CIDB.

Sarawak Energy’s large-scale construction of energy infrastructure projects require a large number of skilled workers who need to be registered, trained and accredited. Through this collaboration, CIDB will be able to organise registration, training and accreditation to be conducted at remote project sites in order to minimise project disruption, time and logistic costs.

Sarawak Energy, as owner of large infrastructure projects, has agreed to provide industry apprenticeship placement for up to 100 people who have completed their training from CIDB- owned training academy, Akademi Binaan Malaysia (ABM).