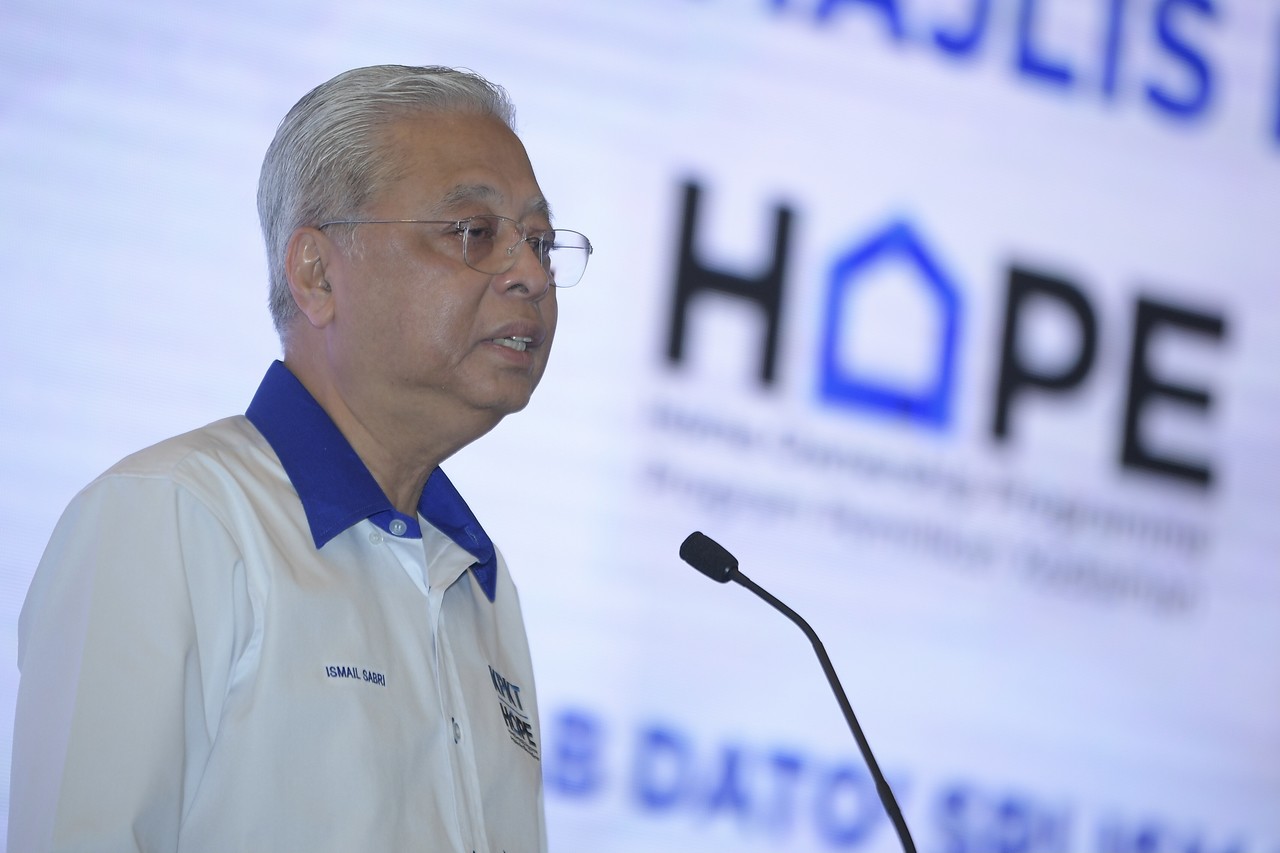 Ismail Sabri speaks at the launch of the Home Ownership Programme at the Mid Valley Exhibition Centre in Kuala Lumpur on July 15, 2022. – Bernama photo

KUALA LUMPUR (Aug 16): A responsive and responsible approach in restoring the country’s economy after the Covid-19 pandemic has been the main indicator of Prime Minister Datuk Seri Ismail Sabri Yaakob’s success throughout his one-year reign, said economists.

The country’s economy expanded 8.9 per cent for the second quarter (2Q) of this year, which is the best in Southeast Asia. The robust growth is due to the government’s decision to reopen all economic sectors and national borders, restoring investor confidence in Malaysia.

The unemployment rate fell to 3.8 per cent from 4.3 per cent previously.

He said the implementation of initiatives such as SemarakNiaga, Malaysia Digital and JaminKerja helped the country’s economic transformation towards digital systems and opened up more opportunities for Keluarga Malaysia to rise in an unstable global economic situation.

“In addition, one of the major achievements was the Prime Minister’s success in implementing a memorandum of understanding (MoU) between the government and the opposition that directly stabilises the country’s political situation and paves the way for consistent economic recovery.

“The Prime Minister is seen as a courageous leader in introducing new policies outside the tradition of leaders in previous governments,” he told Bernama.

According to Barjoyai, the inflation rate in the country at 3.4 per cent — among the lowest in the region — is one of the results from the government’s efforts to ensure that the economic recovery runs smoothly amid fears of a global economic recession.

He noted that the government’s effort to distribute subsidies amounting to RM77.7 billion this year is timely in controlling inflation in the country from being continuously affected due to the increasing global inflation.

“Imagine if petrol and diesel subsidies were removed, even if the government manages to save about RM35 billion, the effect of the increase in the price of goods will be significant as it will be affected by logistics and transportation costs.

“What the government is doing now is right, we just have to think of a new holistic strategy to not just depend on subsidies as a whole in the future,” he added.

His opinion was echoed by an economist who is also the former executive director of the Malaysian Institute of Economic Research (MIER), Professor Emeritus Datuk Zakariah Abdul Rashid, who said that an economic structural reform is needed to ensure that the income and well-being of Keluarga Malaysia remain stable.

Zakariah said the effort to strengthen the country’s economic recovery, ensuring that SMEs remain competitive and able to rebuild, subsequently becoming contributors to the economic growth is also an important agenda carried out by the Prime Minister.

The introduction of the SemarakNiaga initiative worth RM40 billion consisting of various measures to help businesses bounce back immediately is timely.

“SMEs including micro-enterprises represent a large number of organisations in the economic system of the country. During this recovery process, the Prime Minister has given more attention to this group.

“This includes the provision of subsidies that help businesses to maintain their resilience in facing global economic challenges,” he said.

In an effort to encourage job creation, the government led by Ismail Sabri has run the JaminKerja programme which allocates RM4.8 billion with the target of creating 600,000 jobs this year.

In 2021, the government aimed to create 500,000 jobs. However, 558,633 jobs had been successfully created through various initiatives including a whole-of-nation approach.

He said that in a situation where the majority of economic sectors have been reopened, efforts to create more jobs can help improve the recovery process of the country’s economy.

“The provision of more good income jobs especially in the plantation sector will also ensure that the shortage of labour in the country can be addressed and subsequently increase productivity and production of goods to be exported.

“In providing future-proof jobs, the government could explore new areas of employment that are integrated with new technology in line with efforts to generate a skilled and high-income society,” said Abu Sofian. – Bernama