Saturday, October 1
You are at:Home»Sports»Football»Sabah warned not to underestimate Kedah 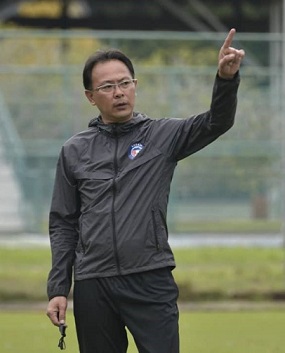 He said Kedah were now a changed and much-improved side compared to the one that suffered a 4-0 hammering at the Likas Stadium in April.

And the fact that Kedah reached the ASEAN Zone semifinal of the AFC Cup recently speaks volume of the positive progress they have made since the teams last met.

“We must not bank on past glory. We defeated them in Kota Kinabalu but that was such a long time ago … much has changed since then.

“We must not forget that it was only recently that Kedah were playing in the semifinals of the AFC Cup.
“They did not win the game but I’m sure the disappointment of missing the final has only fuelled their desire to return strongly in the (domestic) league action.

“Kedah have always been one of the better teams in the league and we have to maintain our momentum and form in order to get the desired result.

“I’ve always stressed the importance of consistency and we need it so that we will be on the right track to achieve our aim at the end of the league season,” he said on Tuesday.

Swee stressed that a victory too would be important to ensure Sabah continue to pile the pressure on Johor Darul Ta’zim (JDT) while trying to distance themselves from the improving Negeri Sembilan FC in third place.

Sabah are currently second in the 12-team league on 34 points and trailed JDT by a four point.

However, the Rhinos have already completed 15 matches, one game more than the current leaders.

Negeri Sembilan, who have played 16 matches, are on 32 points and look the most capable team of overtaking the Rhinos in the league.

As for Kedah, the Canaries are currently eighth in the table having registered five wins, two draws and six losses to collect 17 points.

“Whichever teams we are to face, we must not take them lightly regardless of their league position.

“We have to trust our playing system and to maintain them … the commitment and mentality of every player too will be important if we want to reach greater heights,” added Kim Swee.

In the first round meeting between the teams, Sabah were in their own class as they outclassed Kedah 4-0 at the Likas Stadium.

Previous ArticleDry ginger powder factory to be built in Tambunan
Next Article Repeated online stalking a crime according to Act 574, says deputy minister