Sunday, October 2
You are at:Home»News»Sarawak»Study: Proposed deep-sea port in Lawas able to tap prospects from BIMP-EAGA 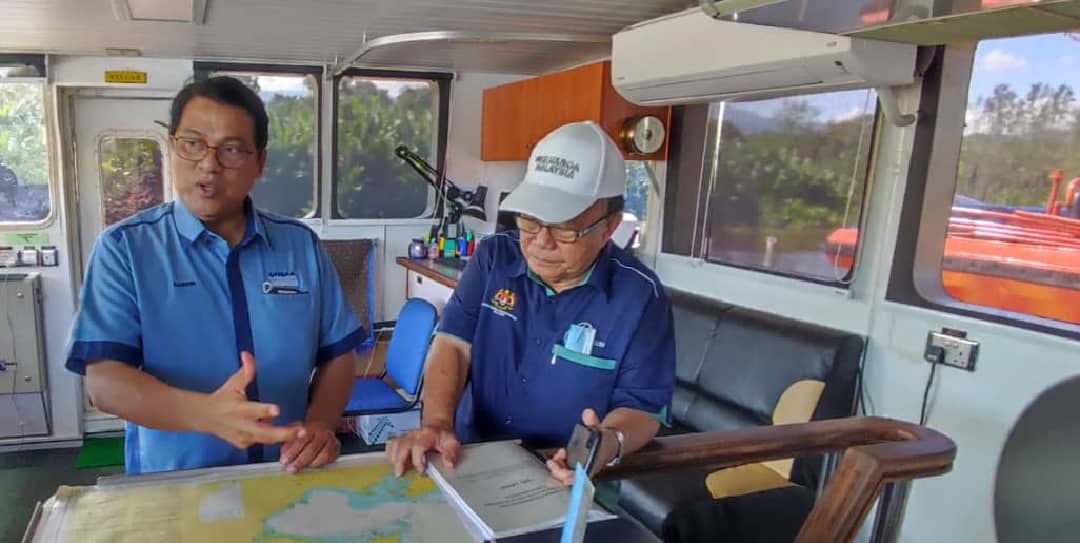 Sabirin (left) and Henry Sum discuss the data collected during the session conducted on board the Labuan-based MV Sabik.

In highlighting this, Maritime Institute of Malaysia (Mima) director-general Datuk Dr Sabirin Ja’afar said the findings from a preliminary study conducted by the institute indicated that the proposed location of the port in Lawas was ‘strategic, in view of it having the suitable natural depth and being in a viable geographical position’.

“The maximum depth recorded is 24m, while the depth in the coastal areas off ​​Pulau Sari is around 10m to 12m.

“The Mima study covers various aspects such as geography, economy and future projections,” he said during in a study session on the deep-sea port recently, together with Deputy Minister of Transport (MoT) Datuk Henry Sum Agong, who is Lawas MP.

Sabirin said another ‘plus factor’ for the proposal was the location itself, being relatively near to the area in Kalimantan where Indonesia’s new capital would be established.

“This would give an advantage to Lawas as a potential regional trading hub due to its proximity to the new capital of Indonesia, as well as Brunei, the Federal Territory of Labuan and also the Philippines,” he added.

Adding on, Sabirin was optimistic that Lawas would have ‘a bright future’ and in this regard, Mima in collaboration with other relevant agencies would continue to conduct in-depth studies covering all key aspects of the port in Brunei Bay.

“The proposed petro-chemical activities factor in the Pulau Sari area would be a boon for the development of Lawas port to support the sectors related to international trade,” he pointed.