Sunday, October 2
You are at:Home»News»Sabah»Two teens sought for stealing earphones from shop in KK 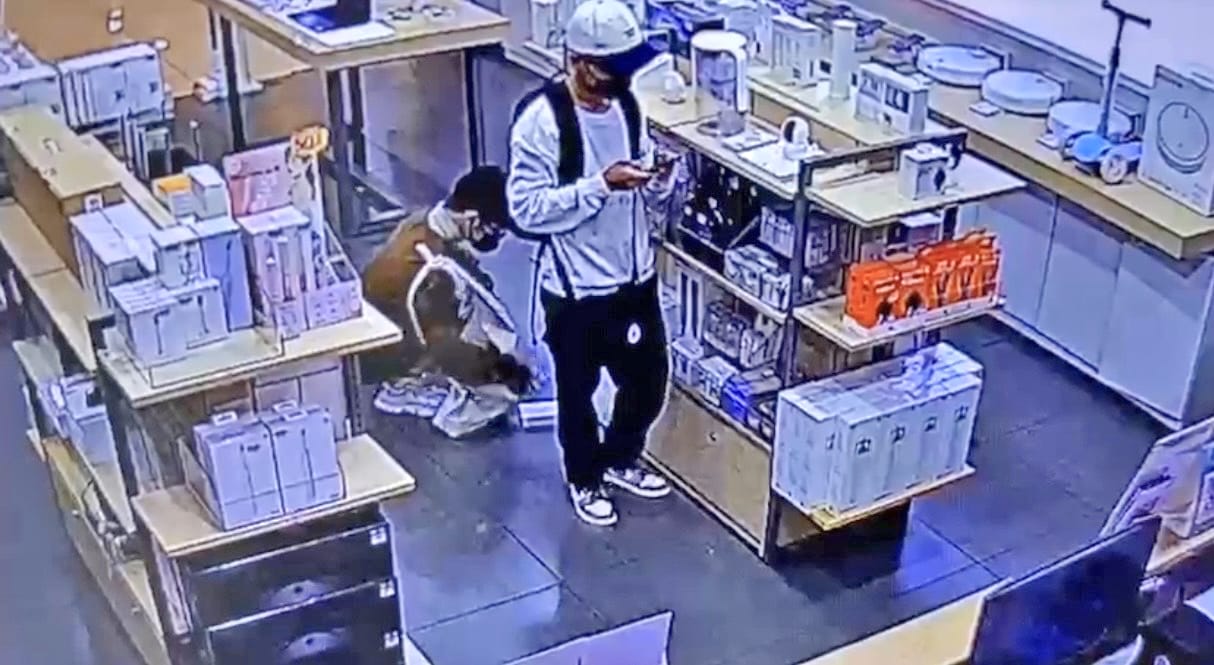 Photo extract from the CCTV showing one of the suspects stealing the earphones as the second suspect kept watch.

“The theft took place around 5pm on Aug 12 when CCTV captured the two teenage boys entering the premises.

“One of the suspects stole the earphones from the shelf and put them inside his sling bag while the second suspect kept watch.

“Both suspects then casually walked out from the premises without paying for the items,” he said, adding that the earphones were worth RM1,098

The case is being investigated under Section 380 of the Penal Code.

Meanwhile, a businessman lost RM10,000 worth of electrical items after his premises at Alamesra was broken into on Aug 15.

The owner found out the theft when he opened for business around 9am.

Among the items stolen were a laptop, a refrigerator, a printer and stationery.

The case is being investigated under Section 457 of the Penal Code.

In a similar incident, a man lost a laptop worth RM1,500 after his car was broken into at a public car park at Jalan Segama on Aug 15.

The case is being investigated under Section 379 of the Penal Code.