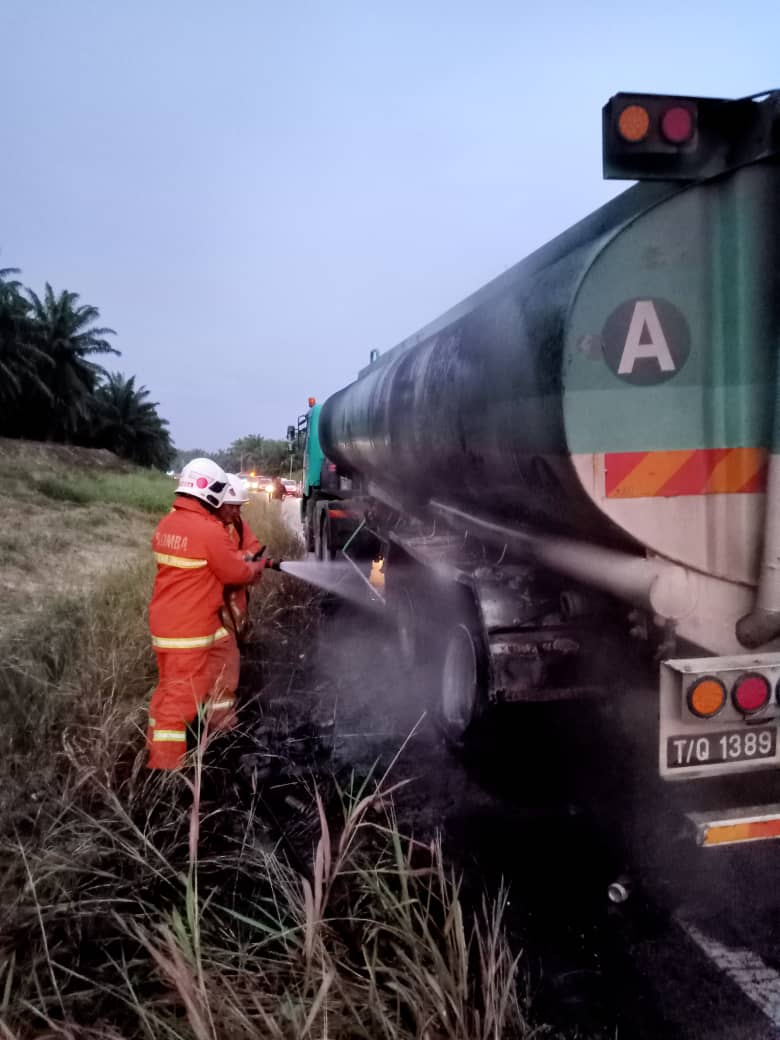 Firefighters put out the fire.

“Upon arrival, the operation commander reported that a tanker lorry transporting 16,000 litres of RON95 petrol and 12,000 litres of diesel from Bintulu to Miri had caught fire, involving all four tyres on its rear left side,” he said in a statement received yesterday.

The team managed to bring the fire under control at 6.50pm and fully extinguished it at 6.55pm.

The driver did not suffer any injuries in the incident.