Thursday, December 8
You are at:Home»News»Sarawak»Feichi engineers impressed by performance of Sarawak Metro’s hydrogen buses on trial 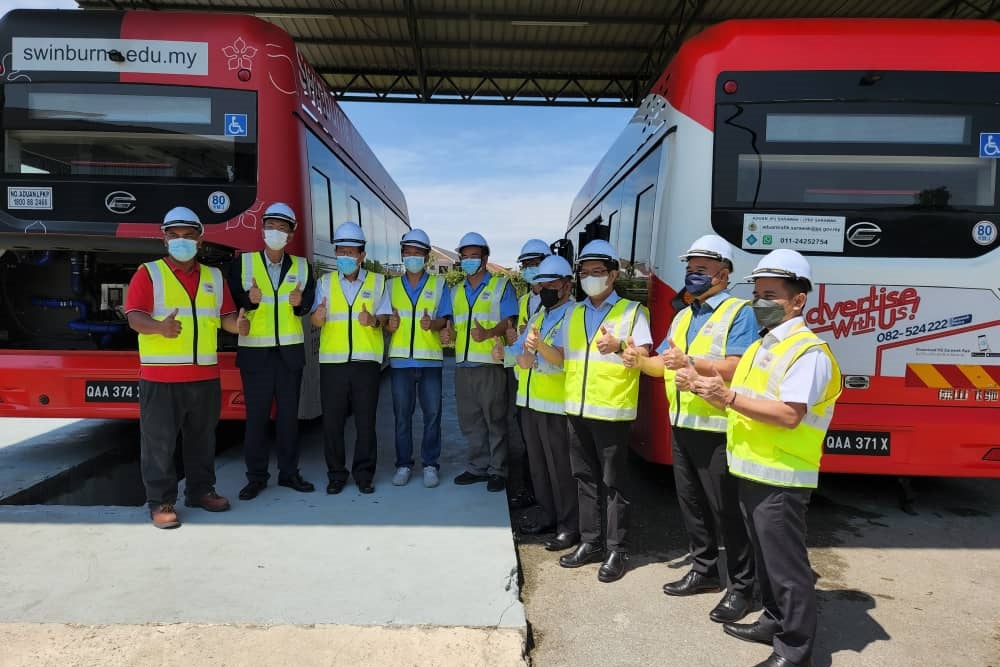 Feichi is the manufacturer of Sarawak Metro’s three hydrogen buses and until very recently, its technicians were unable to make any trips to Kuching to conduct scheduled maintenance works due to travel restrictions imposed by the Malaysian and Chinese governments.

One of Feichi’s representatives, Kingsley Zhou Jia Dong, acknowledged the admirable work carried out by the local technicians over the past two years in ensuring that the buses were safe and roadworthy.

“Although we have not been able to be here physically in Kuching to conduct the maintenance and servicing for the past two years, we are all impressed by how the buses are performing.

“Sarawak Metro’s technical team has done a good job in taking care of the buses as all three are in very good condition,” he said.

He noted that during that period, Sarawak Metro’s team of local technicians were also under the continuous guidance of Feichi who used digital platforms to communicate on a weekly basis.

Zhou also pointed out that despite being designed mainly for use on flat and smooth city road conditions, Sarawak Metro’s hydrogen buses were able to manoeuvre well on more challenging road conditions, such as some stretches of the Damai Loop route towards Damai Central in Santubong.

Although strict travel restrictions are still in place in China, three Feichi technicians were given special permission to travel to Kuching on a two-week work trip to conduct major scheduled maintenance works on the hydrogen buses. 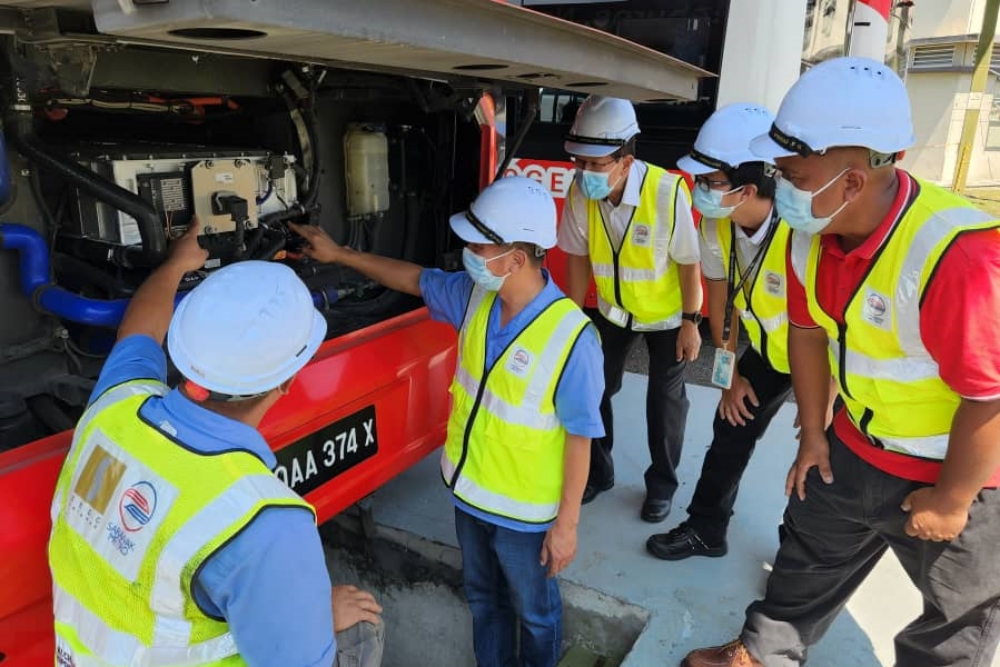 Lee (third right) together with engineers and technicians from Feichi and Sarawak Metro during the visit to the hydrogen bus workshop.

Meanwhile, Transport Minister Dato Sri Lee Kim Shin said Feichi’s presence in Kuching was proof that the technicians were not merely here to service and repair the buses.

“This also shows the company’s commitment in fulfilling their obligations,” he said and thanked the technicians for making the trip to Kuching.

He was at a briefing session for the ministry on the hydrogen bus trial operations which was organised by Sarawak Metro here yesterday.

“I believe zero-emission vehicles are the future of transport, not only in Sarawak but all over the world, because they are an important part of global efforts to combat climate change.

“As such, I believe that it is our responsibility to gain as much knowledge as possible on how we can incorporate such vehicles to benefit the daily lives of our people here in Sarawak,” said Lee, who also paid a visit to Sarawak Metro’s hydrogen bus workshop after the briefing session.

The hydrogen bus service was introduced in January 2020 and the trial operation aims to gather data on the performance of the vehicles.

The trial operation for the hydrogen bus service is a vital part of the process of adopting new technology such as hydrogen fuel cells towards the decarbonisation of the public transport sector.

Kuching is the first city in Southeast Asia to introduce hydrogen fuel cell powered buses for public use. The introduction of the hydrogen buses also serves to prepare for the implementation of Sarawak’s future zero emission public transportation system as well as to advance the hydrogen economy agenda.