Wednesday, October 5
You are at:Home»Columns»Just another point of view»At what age should we retire and call it a day? 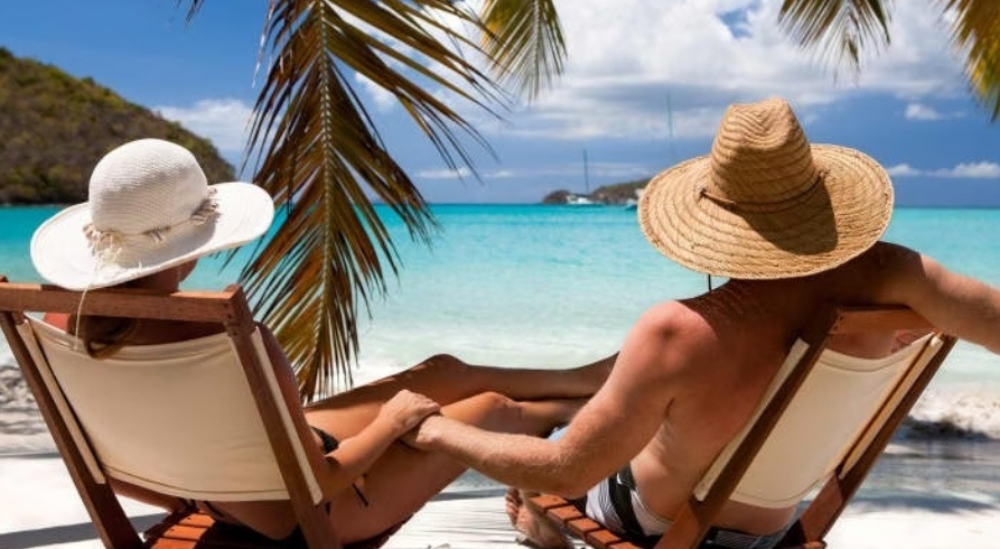 What retirement life should look like, a day at the beach!

BACK in the day of my parents and theirs before them, when life expectancies were usually in the mid-60s to upper-60s, the accepted age of retirement fluctuated between a mean of 55 years old (for civil servants) and 60 in the private sector. Of course for those who operate their own private businesses, they would usually work till they either drop, or hand it over to a family member who is both capable and willing.

Right around the 1980s, everything changed. Life expectancies increased through most of the developed world and 55 was already viewed as young, as lifespan increased to the mid-70s and even touched 83 in Spain, Italy, Switzerland and Australia, with Japan right at the top with 85.

Today the official retirement age in Switzerland and Japan is 65, and the highest is held by Iceland, Israel and Norway at 67.

It is my personal opinion that age shouldn’t be the main criteria when one considers retirement, as other issues come into play as well: your personal health, your financial situation, the alertness of your mind, and the interest and passion (or lack thereof) for the job at hand – all plays an integral part in your overall consideration of whether you should opt for early retirement at 55 or delay till the maximum 65 years.

I know that’s a pretty wide gap of 10 years, but also do remember that once you decide on retiring, you often won’t be able to return to the same job again should you find that not going to work every day bores you to death!

Retirement means very different things to different people. Many expect to be able to have their own personal time occupied with doing the things they love – be they traveling, taking cookery lessons, reading more and being able to take walks and hikes in the country; some would tend to their gardens and cultivate their plants, with those more adventurous even going further afield with hobby vegetables or fruits growing. There’s an endless list of things just waiting to be explored and they are all worthy time-killers.

Yet many find it rather challenging to be retired. Some of the responses to a survey that I had read online had listed comments like:
“I don’t think retiring is for me. I want to go back to teaching.”
“I’m not sure what to do with my time. I feel lost. I miss doing the work that I love.”
“I have this fear of losing my identity that I created over a lifetime.”
“People do not see you anymore. Fear of dying in pain and discomfort.”

It would seem that finding purpose is a big challenge in retired life. Unless you are one of the luckier ones with a close-knit family unit staying within a short distance of you, or with grandchildren that you can dote on and play with, no matter how often or irregularly, it could be a lonesome and lonely existence. You may have a group of close friends in the same town, but they too would have their own lives to lead.

There is hope for those whose quest is to find purpose – they can acquire new skills or interests; together with their partners, they can take that path and decide on something new and exciting that both of them can enjoy doing together. There are lots – just do a Google search or ask around from family, friends or church members.

Another concern would be financial. One person had said: “I have a fear of poverty and losing dignity; money goes out, nothing comes in.”

However most of the time, the reason that you had already decided on retirement had meant that you would have a nest-egg already stashed away in a bank or investment fund somewhere.

In fact, the financial worries reason is not a major factor, and is only the third top concern in the online survey I read.

The Japanese have a concept about how to go about and prepare and find real purpose during your retirement. It is a concept that they call ‘ikigai’, which translates as to ‘your reason for being’.

The Westernised version of this is based on the idea that there are four components to how a person can achieve the state of ‘ikigai’.

Each concept is a question that is asked of you – a checklist, if you will, of how you are responding to yourself, family and community, with the ultimate responses that you should be able to answer YES to all these four questions.

On a deeper level, ‘ikigai’ refers to the emotional circumstances under which individuals feel that their lives are valuable as they move towards their goals.

My father, who is 96 today, has been retired since he was 56, which means he has had 40 years of retired life after his civil service job as the head of the Inland Fisheries Division of the Department of Agriculture.

He had use of a large five-acre family plot within the city, which has now been developed.

He had dug three fish ponds, planted a number of fruit trees and reared pigeons (at one stage, he even managed to sell some to Lok Thian as a specialty dish).

He had also kept himself busy with gardening, hobby fish-rearing and fruit trees’ experimenting within his own home; his avocados were the best!

From the 1980s till the 2010s, he was actively involved with the Gideons International and he would be busy running around with his other Gideons distributing free Bibles to anyone desiring them, from hotels to clinics to homes.

He was also active in his church, St Faith’s, and has his own cell group who meets up regularly.

My mother, an English school teacher, retired when she was 55. Her retirement was spent in the church choir, with her cell groups, reading her beloved novels and listening to her favourites of Nat King Cole and Anneke Gronloh.

She would cook up a storm for the family during gatherings, and pamper all the grandchildren.

She travels often with my dad and they’ve seen and been to most parts of the world, except Africa, Antarctica and South America. 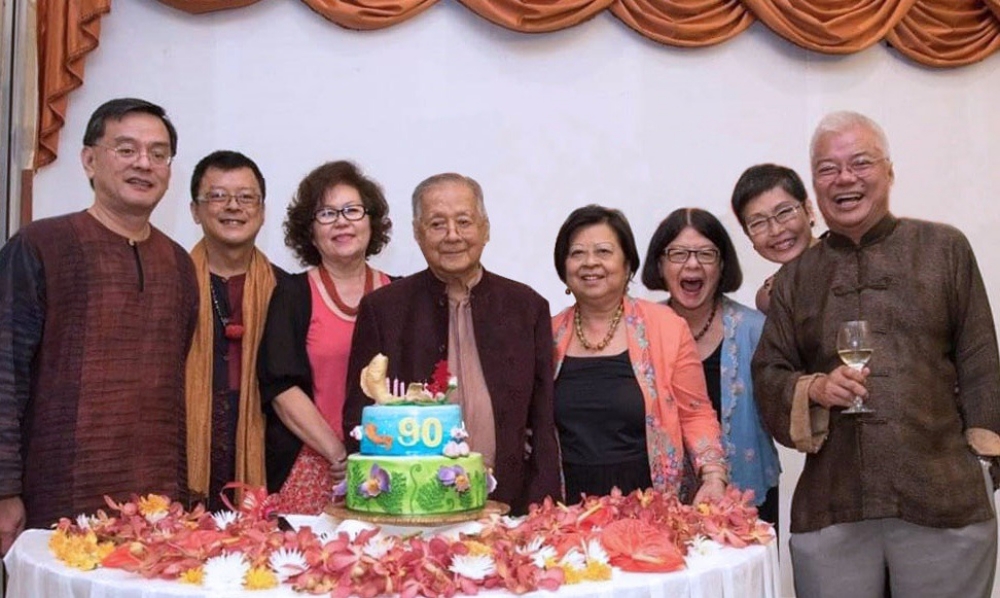 The family members of Ong Kee Bian. Guess how many are retired?

I’m the eldest of five siblings. Up till the age of 37, I had worked for other people in big corporations.

In 1987, I had started my own film production services company and we’re still in business (although the pandemic had kept the filmmakers away).

I don’t envisage myself ever retiring, but at my current age, I’d have to delegate my associates to do the actual legwork nowadays.

My second eldest sibling is in Switzerland. She retired a few years ago from a very specialist medical practice which was highly successful. Today, she spends her time with a grandson and a granddaughter in Zurich – very happily too.

He had started out as an architect: some of his famous works were the Sarawak Cultural Village and the retooling of the Textile and Islamic Museum.

He has also published and written many books among which ‘Sarawak Style’ is the best known.
I can’t see him ever retiring.

My fourth brother is a world-recognised medical specialist – he’s a professor doctor with the NUMED University – the Malaysian campus of the University of New Castle University for the past few years, and his domicile is in the UK. He also travels the world presenting his many medical lectures and papers in the field of contagious diseases.

I, too, can’t see him retiring in the foreseeable future.

My youngest sister lives in Singapore. She spent many years at the sales and public relations of the Holiday Inn Kuching, then she relocated to Singapore to join an international PR/advertising company. She retired some years ago; now, she is happily enjoying her full retirement there.

Eventually we all have to retire, but the choice of when to do it is left entirely up to us individually.

Here, I found some quotes that I like on the subject, enjoy them too:
“Preparation for old age should begin not later than one’s teens. A life which is empty of purpose until 65 will not suddenly become filled on retirement.” — Arthur E Morgan
“Sooner or later I’m going to die, but I’m not going to retire.” — Margaret Mead
“Age is only a number, a cipher for the records. A man can’t retire his experience. He must use it. Experience achieves more with less energy and time.” — Bernard Baruch

Have a happy and blessed retirement – if you are planning on one sometime soon!