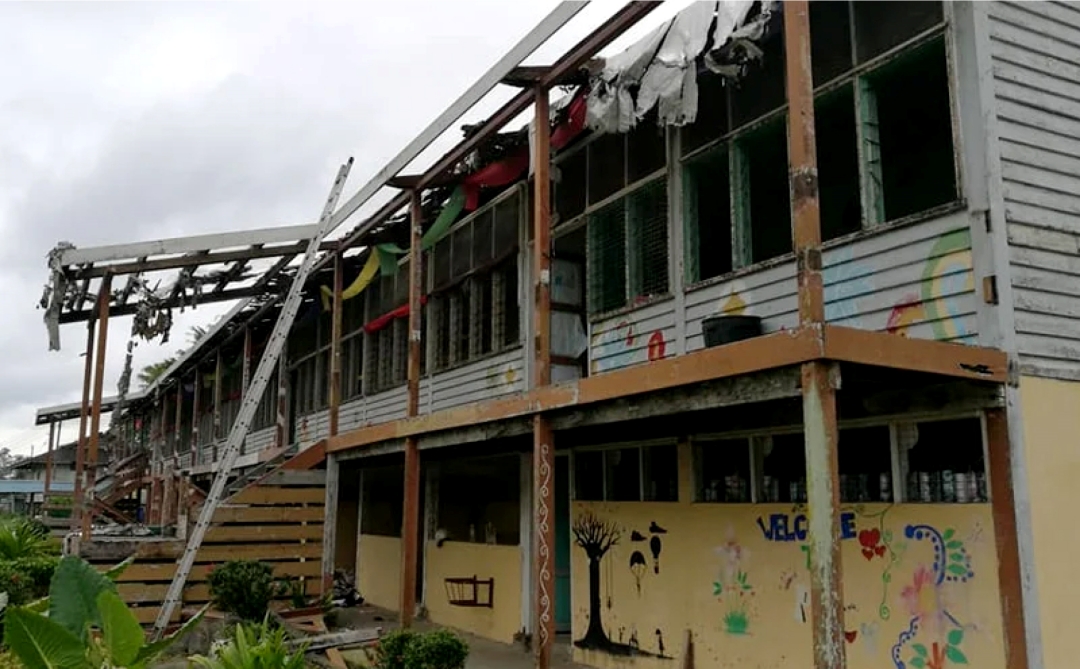 ‘Where is this school?’ — Bernama photo

IT is most unusual for a minister to indict his own ministry. The federal Minister of Education Datuk Mohd Radzi Jidin did just that, as reported by the Malay Mail, Aug 8, 2022.

Honestly, this minister deserves a pat on the back for his frankness about the standard of education in Malaysia.

Specifically, the minister was referring to the problem encountered in implementing the Ujian Pencapaian Sekolah Rendah (UPSR) and Form 3 Assessment (PT3). According to him, some teachers and other stakeholders had opposed the move as schools were ill-prepared for in-class and school-based assessments.

This experiment, 10 years old now, was the brainchild of some ‘experts’ on education. They were among the people who had reviewed the education system, and had come up with the Malaysian Education Blueprint 2013-2025.

In other words, the education of our children is being experimented with?

And if there is a problem with that experiment, the government will eventually fix it?

And in the meantime, the products of an unsuccessful experiment pass out of the system half-educated?

The teachers are the tools and the government is the carpenter. A good carpenter does not blame his tools.

It is the job of the government to call back these ‘experts’ who recommended what was then considered to be a most suitable education system for Malaysia. They should be able to detect which square pegs do not fit the round holes – the various ‘Anjakan’ (shifts and emphases) of the Blueprint. They may suggest improvements to that system or, if necessary, go back to the drawing board, just so that Malaysia can have one of the most effective education systems in the world.

We owe it to our children!

Allowing the current system to remain in a rut is no option.

The state and federal governments are expected to carry on with the rest of the policy measures – I mean the sensible and practical aspects of the current education policy.

Government should not be distracted or bogged down by one particular set of defects in the system, or treat education as a political football!

This is an excellent opportunity for the federal minister to assist Sarawak in its quest to adopt its own policy, one that offers the best opportunity to its youths to achieve quality education. That starts from preschool level, right up to the institutions of higher learning, locally or overseas.

I have an irritating habit of keeping newspaper cuttings. On the subject of education, I have eight years’ worth of clippings to show the manifest intention of the government leaders and teachers to provide preschool education in the rural areas, including the longhouse communities.

On April 14, 2010, The Borneo Post carried a report with the caption ‘30 to 50 longhouses will have preschool – Assistant Minister’.

That assistant minister of housing and urban development, Datuk Abdul Wahab Aziz, was quoted as saying that ‘preschool was an important platform for children in the rural areas to excel’.

Four years later, came the announcement from then-chief minister Pehin Sri Adenan Satem about the government setting up more workplace ‘taska’ (nurseries) and kindergarten facilities at government departments. Early education was to be made available to both the rural child and the child of a government official in Kuching.

The local media chipped in with their support for the introduction of preschool education at the level of the longhouse.

A fellow columnist, Adeline Liong, writing for the former Eastern Times, highlighted the proposed move to set up preschools at longhouses in Sarawak, adding that ‘preschool and kindergarten education a must’.

The Star wrote to the effect that the government would assist in the setting up of private preschool centres nationwide by offering them grants.

A lot of water has flowed under the bridge since the above policy statements were made.

Has anybody heard about all these lovely preschools in longhouses? I have not – have you?

Over the years, I have learnt how to distinguish a policy statement and its implementation on the ground – a piece of education which is not learnt at a preschool class or in the university.

It’s learnt in the ‘School of Life’.

I notice that after nine years into the implementation of the Malaysia Education Blueprint, there has been a renewed interest in the subject of education in general, except any mention of preschools in the longhouses.

During the coming General Election campaign, it is my hope that in the pledges made by the candidates, there will be more than passing reference to the preschools at the longhouses.

Some concrete plans such as pilot projects are better than just promises.

It is better late than never.

Recently, more and more parents are clamouring for autonomy in education matters for the state. Early this month ex-mayor of Miri, Lawrence Lai, made a press statement to the effect that “We have everything to gain if the state government reclaims education autonomy.”

Does that autonomy entail the establishment of preschools in the longhouses, if I may ask?

Parents in the ‘ulu’ (upriver) would like to know if those preschools are being shipped to Sarawak in the six ‘kapal halimunan’ (invisible ships).

I’m looking forward to the realisation of the mantra: “The government’s vision is to create a knowledge-based society.”