Friday, February 3
You are at:Home»News»Sarawak»Bible League Malaysia praised for using English in communication, teaching materials
For the freshest news, join The Borneo Post's Telegram Channel and The Borneo Post on Newswav. 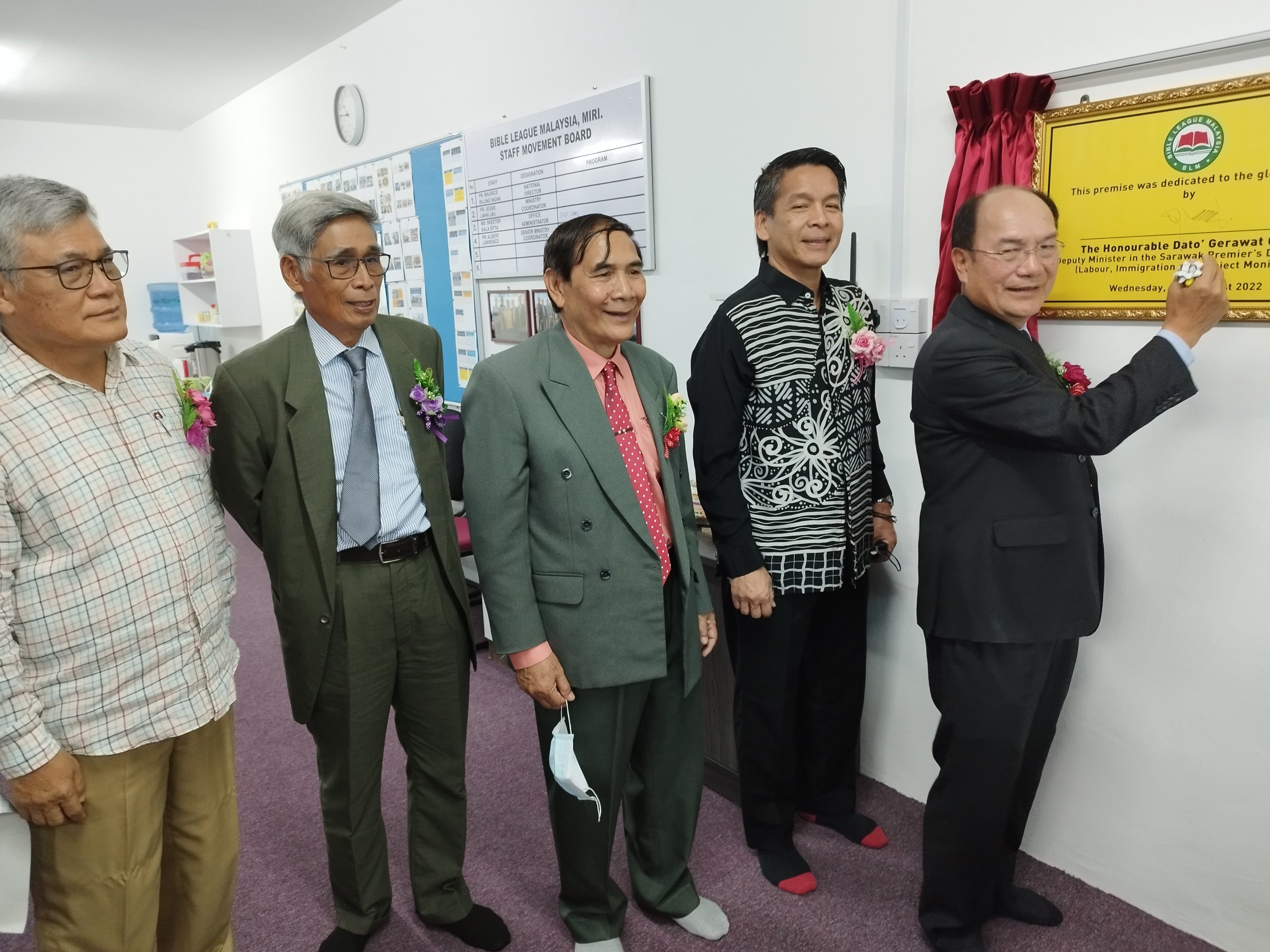 Gerawat signs the plaque for the headquarters. From left are Nelson, George, Maurice, and Dennis.

MIRI (Aug 24): The Bible League Malaysia (BLM) has been praised for using English as a primary medium of communication and in its teaching materials.

Deputy Minister in the Premier of Sarawak’s Department (Labour, Immigration and Project Monitoring) Datuk Gerawat Gala said this was consistent with the state government’s policy of maintaining English as one of Sarawak’s official languages.

“A lot of people have been asking, especially some friends from Peninsular Malaysia, How dare Sarawak want to be different?’ ‘Why can’t we just follow the national language policy?’

“Because it is our constitutional right for Sarawak to maintain English language as a medium of communication,” he said when launching BLM’s new headquarters here today.

On BLM, Gerawat said he believes it was set up and inspired by God.

“The office alone will not fulfil the purpose of BLM although it is very important component. Without workers and leaders inspired by God, and those dedicated to serve God, I don’t think we can achieve the purpose we are set to do.

“This is the challenge that I know (BLM national director) Pastor Maurice (Bilung Ingan) and team at BLM is taking on. I sincerely hope and pray that God’s providence and divine wisdom for your team will enable you to start well in this very exciting and challenging journey to fulfil your mission,” he said.

Maurice said the launching of the new headquarters will be followed by an introductory course on Church Planting Training.

“It is greatly hoped that with its proximity near Miri Sentral transport hub complex and the Pan Borneo highway, stakeholders would be able to access our office, ministries, and materials satisfactory as Bible League Malaysia is non-denominational, evangelical, and international,” he said.

Among those present at the opening were Telang Usan assemblyman Dennis Ngau; political secretary to the Premier of Sarawak and Laku chairman Nelson Balang Rining; and Association Of Iban Speaking Churches Sarawak president Rev George Pandong.