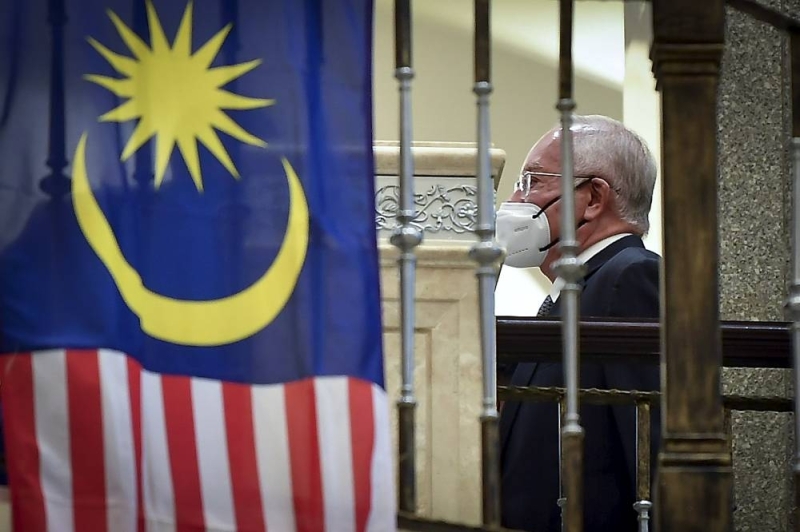 Laidlaw appealed against the entire decision made on July 21 by Judge Datuk Ahmad Kamal Md Shahid, who rejected the lawyer’s application without costs. – Bernama photo

KUALA LUMPUR (Aug 24): United Kingdom’s Queen’s Counsel (QC), Jonathan James Laidlaw has filed a notice of appeal against the decision of the High Court here in disallowing his application to represent Datuk Seri Najib Tun Razak in his final appeal against his conviction of misappropriating RM42 million of SRC International funds.

The notice of appeal was filed at the Federal Court on Aug 22 through his solicitors, Messrs Shafee & Co.

In the notice, Laidlaw appealed against the entire decision made on July 21 by Judge Datuk Ahmad Kamal Md Shahid, who rejected the lawyer’s application without costs.

The appeal is made pursuant to provisions under Section 19 of the Legal Professions Act 1976.

On July 21, Ahmad Kamal, who rejected the application, said Laidlaw failed to prove that he has special qualifications or experience conducting criminal trials and appeals like the charges against Najib, which involves Section 23 of the Malaysian Anti-Corruption Commission (MACC) Act 2009, Section 409 of the Penal Code and Section 4 of the Anti-Money Laundering, Anti-Terrorism Financing and Proceeds of Unlawful Activities Act (AMLATFPUAA) 2001.

On May 31, Najib filed an application to allow Laidlaw to represent him in the SRC appeal on several grounds, one of it being the QC possesses special qualifications, experience and expertise which are not available among advocates and solicitors in Malaysia.

In the notice, Laidlaw sought to be admitted and registered to practice in the High Court in Peninsular Malaysia to act as Najib’s lead counsel in the SRC appeal at the Federal Court and all other causes or matters related to the appeal.