Thursday, February 2
You are at:Home»News»Sabah»More leaders from rural areas vying for SAPP posts
For the freshest news, join The Borneo Post's Telegram Channel and The Borneo Post on Newswav. 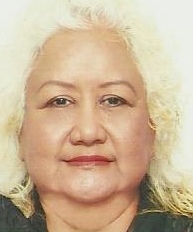 KOTA KINABALU (Aug 28): The Sabah Progressive Party (SAPP) Election Committee 2022 has witnessed the rise of leaders from rural areas, compared to past terms that were dominated by urban areas.

“There are 11 new faces, including four prominent under-40 leaders, in the candidate list with 40 eyeing for the party’s top 25 posts,” she said when announcing candidates of SAPP Supreme Council 2023-2026.

“As one of the charter members of the 28 year-old party, I believe this is the first time that we see so many members contest in various elected positions, and I congratulate them for their interest and enthusiasm.”

She said there was also noticeable active participation of more young members and women members of various ethnicities, and that offered each delegate a wider choice of candidates.

The quadrennial SAPP’s election will be held on the same day after the party’s congress on September 3 at the Sabah International Convention Centre here.

Maria announced the party president and three deputy president posts were retained by the incumbents unopposed.