Thursday, February 2
You are at:Home»News»Sabah»Sabah to table anti-hopping bill soon – Hajiji
For the freshest news, join The Borneo Post's Telegram Channel and The Borneo Post on Newswav. 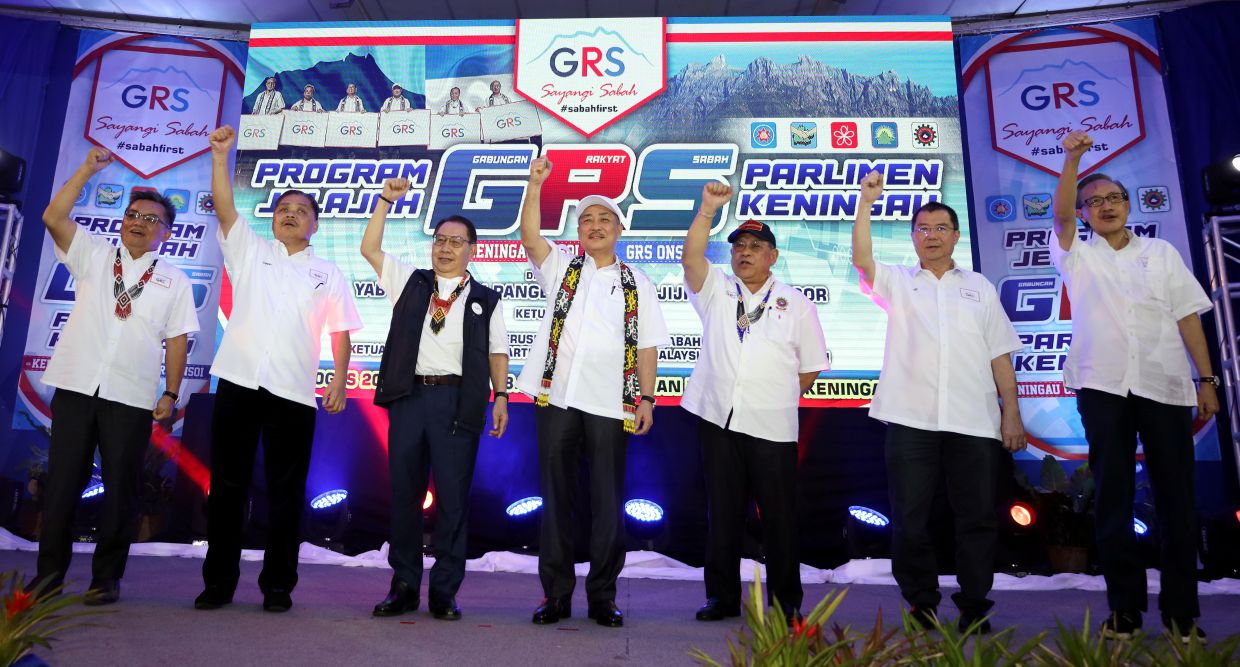 Hajiji (centre) and other leaders at the launching of the Keningau Gabungan Rakyat Sabah (GRS) Tour at the Keningau community hall on Sunday.

He said the state Cabinet had agreed to bring this matter to the state assembly after Parliament recently passed constitutional amendments to prevent Members of Parliament from switching parties.

“The (Sabah) Cabinet has agreed to present constitutional amendments at a special session to stop party hopping so that we can sleep well. We no longer will have to watch here and there, jump here and there,” he said when launching the Keningau Gabungan Rakyat Sabah (GRS) Tour at the Keningau community hall here on Sunday.

Hajiji, who is also GRS chairman, said Sabah did not want to be left behind in having its own anti-party hopping law.

Meanwhile, he said the state government has also taken steps to hand over the power to regulate electricity and gas supply from the federal government to the state by next year at the latest.

According to him, the related agencies in the federal and state governments are taking follow-up action for preparations from the technical and legal aspects because this will involve the legislative process at both Parliament and Sabah Legislative Assembly levels.

Hajiji said that in preparation, the state government will establish the Sabah Energy Commission. – Bernama