Monday, February 6
You are at:Home»News»Sarawak»Abang Johari announces BKSS 9.0 worth over RM1 bln
For the freshest news, join The Borneo Post's Telegram Channel and The Borneo Post on Newswav. 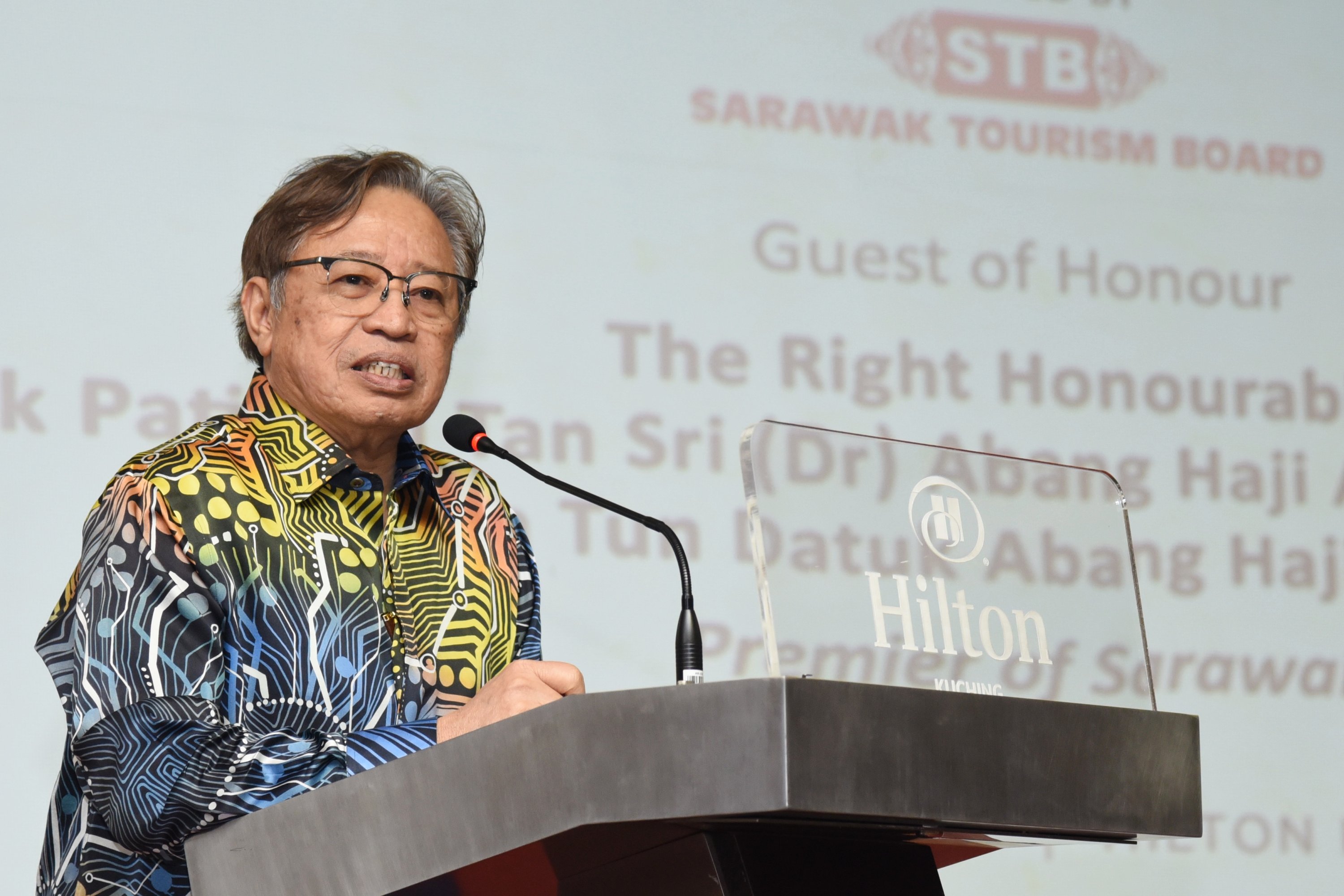 Abang Johari delivering his speech during an event on Aug 15, 2022. – Penerangan photo

He said the BKSS 9.0 consists of five measures in an effort to lessen the burden of those affected by the rising cost of living.

Among the five measures are the continued discounts for monthly electricity and water bills, which are extended from July to December this year.

“The Sarawak government will continue with the initiative to provide 5 to 25 per cent discount on monthly electricity bills of domestic households and of commercial and industrial users – including food operators and retailers.

“This will benefit 685,000 account holders statewide, involving a cost of RM201.76 million,” he said at a press conference here today.

Discounts of 10 to 25 per cent – costing the state government RM35.34 million – will also be given to monthly water bills during the same period, benefitting 685,000 account holders, he said.

This measure will benefit more than 500,000 premises under the local authorities (PBT) and at the same time ease the burden on the people and traders in Sarawak, costing the state government RM54 million, he added.

The other two measures would involve the continuation of 50 per cent discount for rental of stalls and markets under the purview of local authorities involving a cost of RM1.73 million; and the implementation of Variation of Price (VOP) 2.0 special provisions to cater for the increase in price of construction materials for all state-funded projects.

Earlier, Abang Johari said acknowledged that the people are facing a challenging time due to the rising cost of living.

“As a government that listens and is concerned about the people’s complaints, the Sarawak government has decided to continue providing assistance to ease the burden of the people of Sarawak who are affected by the increase in the cost of living, especially those with low income,” Abang Johari said.